The announcement comes on the heels of an outbreak of a mysterious respiratory illness linked to vaping products. 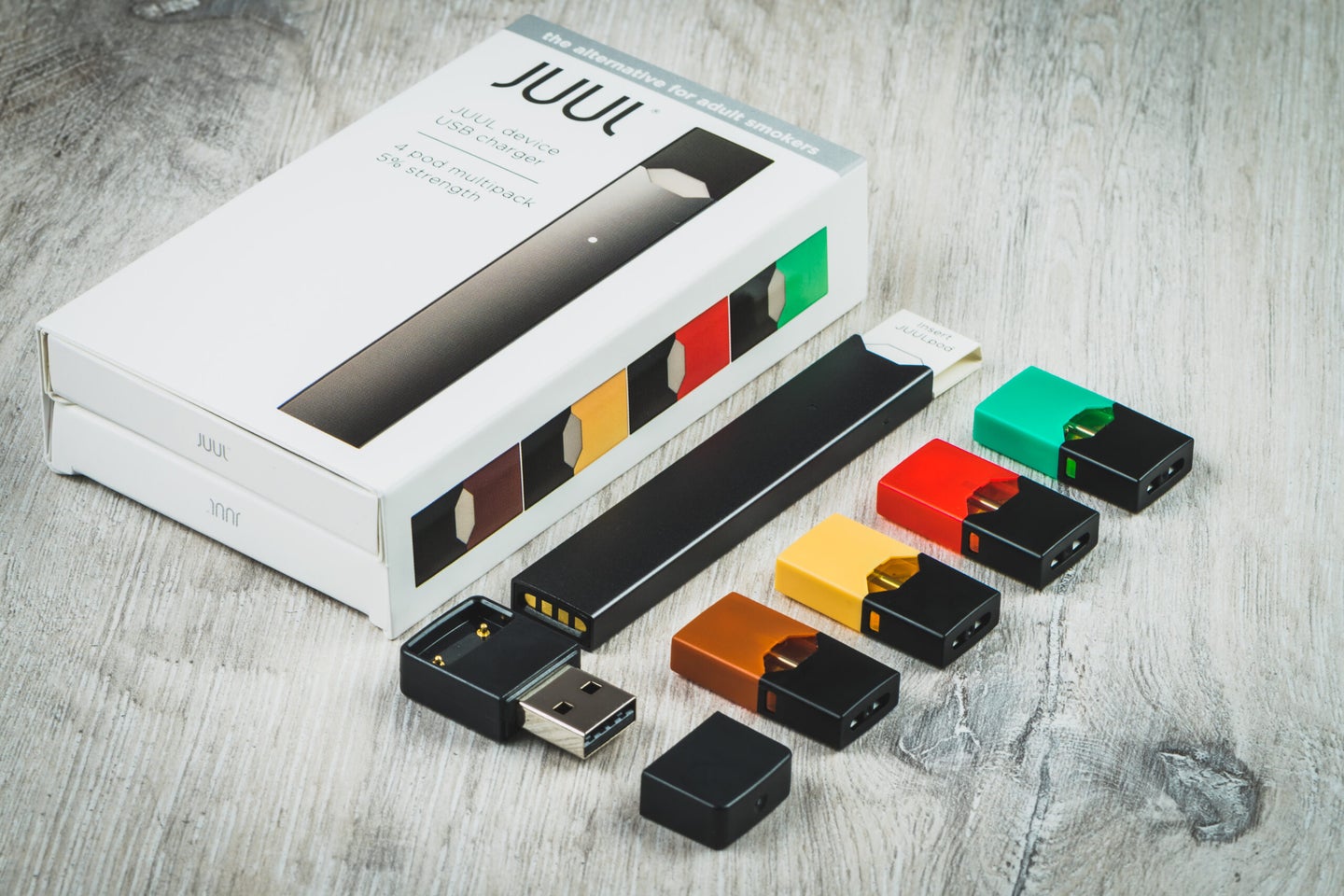 Juul Labs, the electronic cigarette company best known for its popular flavored vaping products, announced today that its CEO, Kevin Burns, will be stepping down. His decision to leave follows Tuesday’s news that Juul plans on restructuring the company and reducing its staff. Both announcements were made amid growing concerns that vaping devices, including Juul’s products, are the cause of nine deaths and 450 country-wide cases of a mysterious respiratory disease.

Burns has been at Juul since 2017. During this time, the company grew from fewer than 300 employees to 3,800 and expanded global operations to 20 countries. According Juul’s website, the company says he advocated for Tobacco 21 laws, as well as for stopping the sale of non-tobacco and non-menthol-based flavored Juul pods to retail partners and discontinuing its U.S.-based Facebook and Instagram accounts. Despite this, e-cigarette use among high schoolers increased by 78 percent during his reign, reaching more than 3 million teens since his takeover.

After a July House of Representatives subcommittee meeting on the youth nicotine epidemic in the United States, the Food and Drug Administration concluded that Juul illegally issued misleading statements about their electronic cigarettes. Without FDA approval, Juul marketed its tobacco products as so-called ‘modified risk.’ Tobacco products approved for this label pose less of a health risk than traditional cigarettes. Yet, the FDA never approved of Juul’s application for that claim.

The subcommittee also found that during presentations, even in schools, Juul representatives claimed their sleek vaping devices were “much safer than cigarettes” and “totally safe.” Both public administration and concerned parents fear that such marketing targets teens who otherwise would not be smoking nicotine-related products. If the Trump Administration goes forward with a ban on most flavored e-cigarettes, Juul’s sales would reduce by 80 percent.

While the majority of the possible e-cigarette-related lung illnesses appear to be in connection with unregulated products containing THC, a psychoactive component in marijuana, public health agencies, including the CDC, discourage consumers from vaping either nicotine or THC products. Investigations into what’s causing the mysterious disease are still ongoing, and it’s likely there could be a long list of additives contributing to this strange condition. Until the CDC knows more, it’s continuing to encourage all Americans not to vape. Symptoms of the illness include shortness of breath, severe coughing, and chest pain.

As a response to the FDA’s description of illegal activities, Juul is suspending all U.S. broadcast, print, and digital advertising. The company will also refrain from lobbying the Administration. Instead, Juul claims it will fully support and comply with any final policy passed. The company also intends to end one of its campaigns, “Make the Switch,” which pushes cigarette consumers to switch to Juul as a way to reduce or stop smoking. The FDA has criticized this campaign for wrongfully portraying e-cigarettes as safer than traditional ones.