The CDC saw a 52 percent surge since last week. 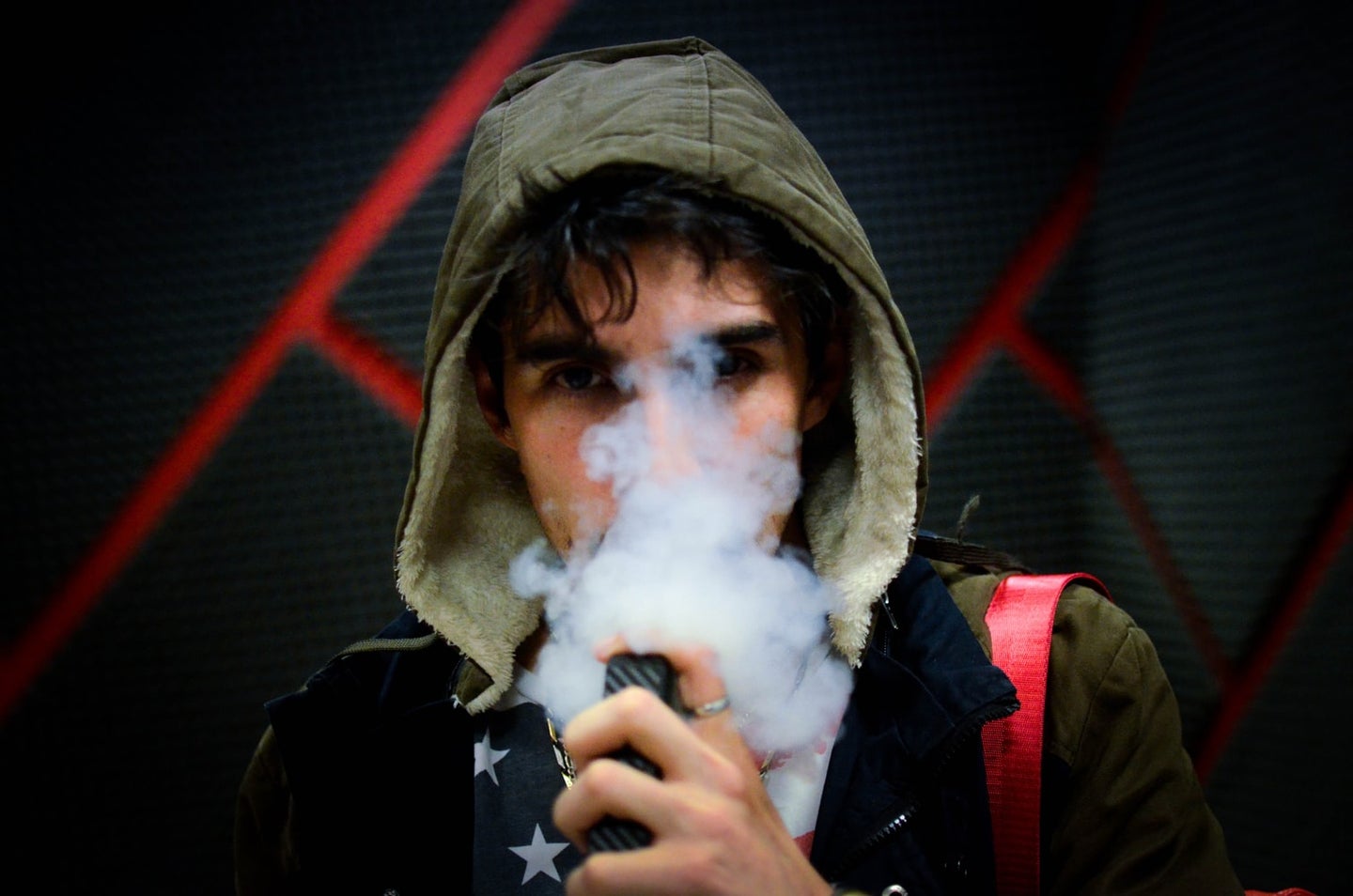 The Centers for Disease Control announced Thursday that it’s received reports of 805 cases of so-called “vaping lung” from 46 states and the U.S. Virgin Islands. The agency and local health departments have been scrambling for weeks now to find the cause of a strange uptick in severe pulmonary illnesses linked to vaping, which resembles the “popcorn lung” seen by people who inhale chemicals all day for work. A dozen deaths spread across 10 states have been connected to the outbreak.

So far, the CDC has only received complete sex and age data on 373 of the 805 total cases. But according to those numbers, 72 percent of the events were reported in males, and 67 percent are in people aged 18 to 34. Only 17 percent of the cases were people over the age of 35, and more than two-thirds were under 21. For now, the only clear connection the CDC and Food and Drug Administration have uncovered is that all of the afflicted individuals had a history of e-cigarette or vape use. While the CDC says that “most” patients reported using products with THC and “many” used THC and nicotine, some patients with the condition had supposedly only ever used the latter. Mitch Zeller, director of the Food and Drug Administration’s Center for Tobacco Products, said at the Global Nicotine and Tobacco Forum in Washington, D.C. this week that some cases appeared tied to the use of CBD oil.

It’s also not clear how much the disease has to do with the basic act of vaping, and how much might be tied to a new ingredient or accidental contamination. Mother Jones reports that preliminary research shows hospital admissions for severe respiratory illness have gone up significantly since last year, suggesting this might be a new phenomenon. But in August, Johns Hopkins University’s Sharon McGrath-Morrow suggested that isolated cases may have previously gone unnoticed—and that the disease could become even more common as time goes on, since more and more people will have spent years of their youth vaping.

There may even be multiple product types and ingredients making people sick. “When you have millions of kids inhaling this cocktail of chemicals that were never tested for inhalation safety, this type of headline is predictable, and also avoidable,” Joseph Allen, an environmental health scientist at Harvard University’s Chan School of Public Health, told PopSci in August.

For now, any e-cigarette or vaping product is considered potentially dangerous and the CDC urges people to refrain. The one exception they offer is that adults who’ve used vapes to quit smoking should not go back to regular cigarettes. They should avoid flavored cartridges, as the chemicals added to make vapes appeal to children are often untested as inhalants (and have been banned, or are about to be banned, in several countries). Users should also keep a close eye out for possible symptoms and make sure people treating them know they use e-cigarettes.

Reported symptoms include cough, shortness of breath, chest pain, nausea, vomiting, diarrhea, fatigue, fever, and abdominal pain. These can develop over weeks or in just a few days, and don’t appear related to any kind of infection. Doctors have theorized that the bouts of pneumonia could be caused by aerosolized oils used in e-cigarettes, which could leave fats inside the lungs and create an inflammatory response.

Doctors and health departments aren’t the only ones scrambling in the wake of the outbreak. Just days ago Juul Labs, the electronic cigarette company best known for its popular flavored vaping products, announced it would be downsizing and restructuring. Former CEO Kevin Burns stepped down soon after, and has been replaced by K.C. Crosthwaite, former Chief Growth Officer at Altria Group, a major tobacco company. Most cases of vaping lung appear to be tied to products made or sold illicitly, but Juul has already come under fire for making illegal claims about safety in its advertising and for its role in the huge surge of young tobacco users.