What happened to those 1.4 million Ebola infections the CDC forecasted for mid-January? 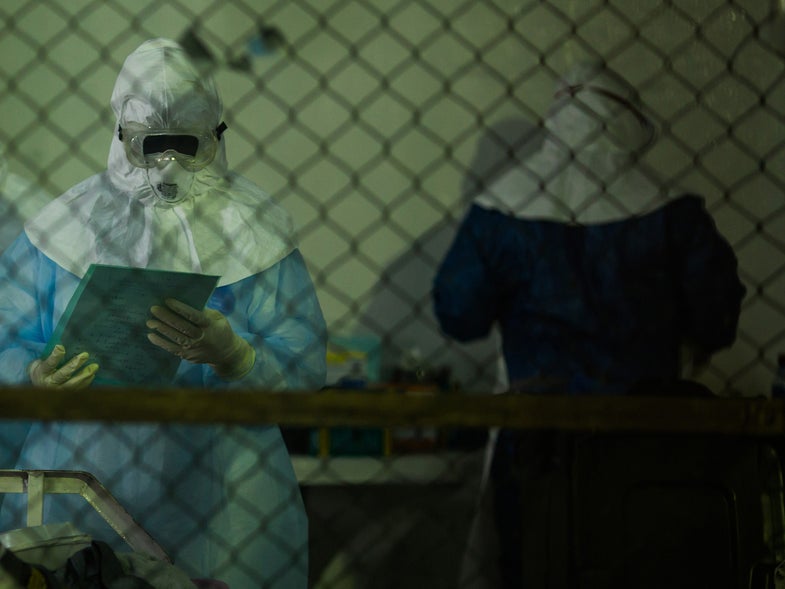 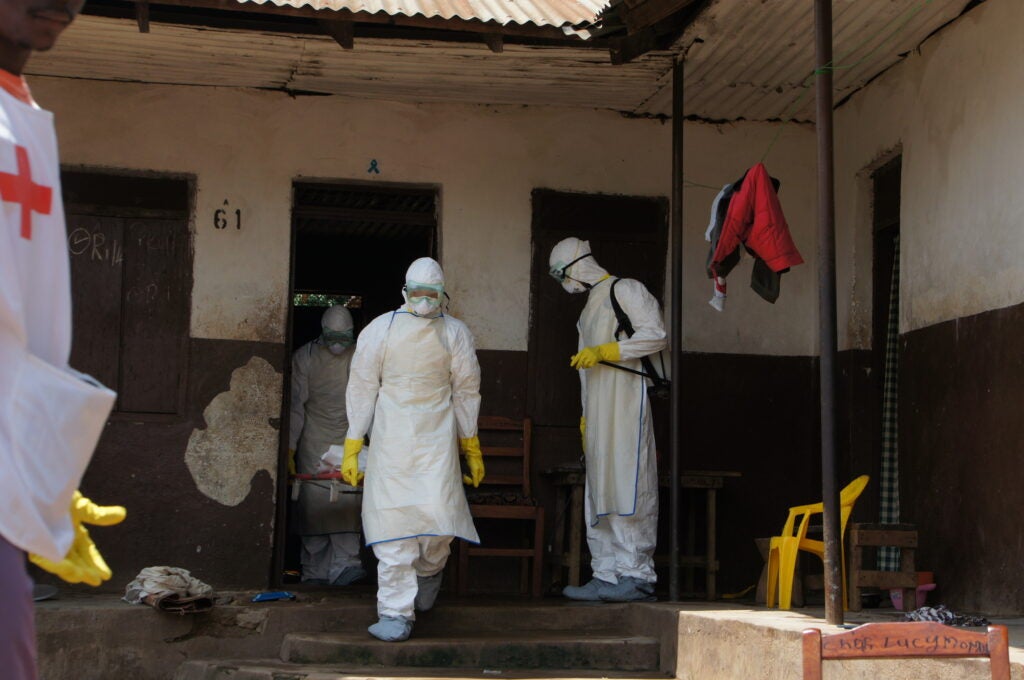 The havoc that Ebola is wreaking in West Africa cannot be understated. With a total of 21,200 people infected since March 2014, the disease is shredding the social fabric of Guinea, Sierra Leone, and Liberia, leaving 8,400 dead. People live in fear, afraid to shake others’ hands. Survivors are shunned, and those suspected of carrying the disease are being physically assaulted in some regions. Schools are closed, and economies have been ravaged.

Yet the situation could have been much worse. Last fall, many scientists predicted that the epidemic would be raging out of control by now. The Centers for Disease Control and Prevention estimated that, in the worst case scenario, a total of 1.4 million West Africans would be infected by mid-January. Other models from other teams predicted hundreds of thousands of Ebola cases by now too.

So far, these doomsday prophecies aren’t coming to fruition. The latest report from WHO suggests that the rate of new cases is slowing down, and although the deadliest Ebola epidemic in history is far from finished, the worst of it may be behind us. That’s great news! But why were the models so far off?

In Sierra Leone (left) and Liberia (right), the number of new Ebola cases is decreasing.

The CDC study, published in September, only included data up until the end of August. At that time, the epidemic was growing quickly, and very few governments and aid organizations seemed to be stepping up to help. Then there was a huge surge in aid starting in September, and the situation started to turn around quickly. Epidemiologists couldn’t have predicted which organizations would help, how much aid they would give, how that aid would be allocated, and what impact each measure would have on curbing the epidemic.

“The key part to remember is that we make projections based on the assumption that no further interventions and no further changes in human behavior will take place,” says Martin Meltzer, who led the CDC study. “We knew, or we very much hoped that we would be wrong.”

Scientists’ predictions of calamity weren’t unreasonable, says Colin Brown, who studies infectious diseases at King’s College London and works closely with hospitals in Sierra Leone. “The models showed what could happen if there was a lack of international effort. We really don’t know what would have happened if the world hadn’t stepped up.”

A model by the World Health Organization (WHO) seems to be more accurate than the CDC’s, predicting Ebola cases would exceed 20,000 by the beginning of November. The real numbers were closer to 13,000 by then, and the model didn’t predict any numbers beyond that month.

The main difference between the CDC and WHO models lies in the estimation of how many Ebola cases weren’t included in the data. Epidemiologists know that not everyone who gets sick reports it to the proper authorities, but the WHO model didn’t attempt to estimate how many. The CDC model, by comparison, assumed that for every reported case, 1.5 other cases were not recorded. That assumption likely contributed to some of the overestimation.

At the outset of the epidemic, things did not look good. Infected individuals distrusted the foreign health care workers, many refusing to go to treatment centers and inadvertently exposing others to the disease. Wild theories abounded about how Ebola might spread. Families of the dead put themselves at risk by continuing to use traditional burial practices that involve washing, kissing, and embracing the corpse, which can easily spread the disease.

It’s difficult to predict how quickly people will learn, Meltzer says. But after a while, things started to change. In Lofa county in Liberia, for instance, Doctors Without Borders teamed up with community leaders to educate the locals about how Ebola spreads and what they could do to protect themselves. It helped to change peoples’ behaviors, says Meltzer.

Similarly, Brown says, communities in Sierra Leone gradually began to accept that burials had to be done differently. They began going to clinics earlier for treatment and isolating themselves when they feared they’d contracted Ebola.

“Sierra Leone used to be an incredibly tactile, physically warm culture. Now it’s almost an insult for someone to hold their hand out to shake it.”

“Sierra Leone used to be an incredibly tactile, physically warm culture,” says Brown. “Now it’s almost an insult for someone to hold their hand out to shake it. People have been quite quick to learn that this is a disease spread by close contact and bodily secretions…. The sad thing is you hope that things can go back to normal soon.”

It’s Not Over Yet

While the number of new cases is slowing down, West Africa is not out of the woods yet.

“Definitely things are getting better,” says Meltzer. “However we have to be on guard, not lulled into complacency… There are still places within West Africa where Ebola is a very big threat, and it will spread out again if we let down our guard.”

That’s what happened last spring, when an apparent lull in Ebola cases suggested the epidemic was winding down. Weeks later, the virus reared back worse than ever. Some experts think the “lull” was just a result of people not reporting their illness as panic grew. Others suggest that health authorities let down their guard. In any case, it’s clear that public health authorities will have to remain vigilant in tracking down cases.

Meltzer says the epidemic can be quelled if health authorities continue to do what they’re doing now. “There’s no magic pill. We have to spend more time and effort tracing contacts, making sure they go to Ebola Treatment Units or situations with reduced risk, and continue the message of safe burials.”

Once the epidemic has been quelled, Brown predicts that West Africa will continue to see lots of smaller, localized outbreaks for many months to come, because of the interconnectedness between cultures. These will likely pop up in places that haven’t seen a case in weeks or months, as people revert back to traditional burial customs. To stop these situations from growing worse, Brown says health authorities need to be quick. “We’re going to have to have rapid-response SWAT teams that are ready to dive into the population to trace contacts and get people into care very quickly,” says Brown.

Other challenges will continue to plague doctors and nurses long after this particular epidemic ends. Animals, including bats, carry Ebola and sometimes reintroduce the disease back into human populations in Africa. “When people show up with a fever, how do you know it’s not malaria?” Brown asks. “What early warning mechanisms are going to be in place to get it under control?”