The hospital of the future may be a tiny, high-tech medical kit 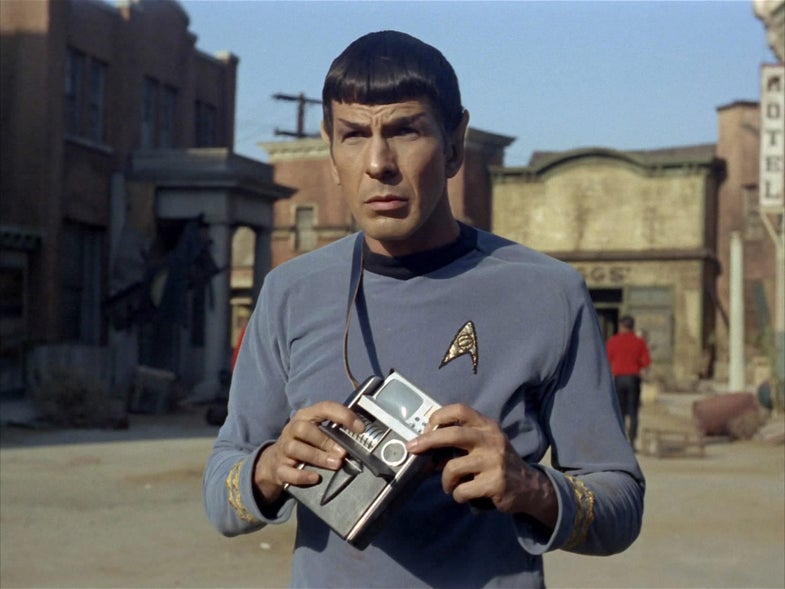 In so many ways, the gadgets seen in Star Trek remind us that the show is science fiction—a fantasy world inspired by the one we live in. And at times, the show can act as a glimpse into the future. The medical tricorder—that all-in-one portable device that can accurately diagnose anything—sits somewhere in the middle of that spectrum. Medical tech has gotten smaller and more accurate, but we’ve yet to design a handheld diagnostic panacea. That could change soon.

Back in 2012, the microchip company Qualcomm started the Tricorder XPRIZE Competition, which challenged inventors and engineers to create a device weighing less than five pounds that could accurately diagnose a fixed set of 13 health conditions (as well as continuously monitor five vital signs). Of the devices submitted, only two made it through to the final round. Now, those final two will be going through more rigorous consumer testing. The winner will receive a final prize of $6 million.

While the medical tricorder seen in Star Trek is a single, handheld device, the one in our immediate future might be more analogous to a high-tech version of an old-school doctor’s bag. The two finalists, Dynamical Biomarkers Group and Final Frontier Medical Devices, both designed multiple tiny devices that come packed into a single, portable carrier.

Dynamical Biomarkers’ prototype, designed with the guidances of Harvard Medical School’s Chung-Kang Peng, has a miniature EKG heart monitor, a small wireless blood pressure cuff, and a small thermometer to monitor key vital signs. An accompanying app takes users through a series of questionnaires on symptoms and other medical information, then guides them through using the devices. Tiny samples of blood can test for things like anemia and diabetes, and a miniature otoscope lets users take pictures of the inside of their ears—which are sent (via Amazon Cloud) to an algorithm that can detect infection. The technology is currently about 85 percent accurate when compared to standard physician diagnoses. A similar adapter takes a picture of moles and skin lesions to diagnose melanoma with 90 percent accuracy.

For the final round of testing, the teams will attempt to use their devices to diagnose patients who have already been diagnosed by a physician in order to test their accuracy.

While the tricorders were invented to fit within the competition’s guidelines, their designs and potential applications reflect today’s technological advances as well as the challenges faced by healthcare providers. Unlike the ones used in Star Trek, these devices are made to be used mainly by consumers, as a sort of first step before seeing a doctor—or as a way to monitor or prevent chronic health conditions.

Harvard’s Peng says he envisions his device also being used in remote areas that don’t have much access to medical facilities or doctors. And Harris, who is an emergency room physician himself, hopes his device can be used by people who don’t have a regular physician and would normally turn to an emergency room for minor illnesses. “So many people that show up in the ER don’t have any other place to turn,” says Harris.

Both teams say they want to add additional pieces—like a way to perform a complete neurological exam to diagnose subtle neurological diseases, a way to diagnose and monitor concussions, or device that can perform an EEG—when the technology and knowledge is ready.

Before either of these two products hit the market, each device within the package will need a rubber stamp of approval from the FDA. But both Harris and Peng envision this type of device—in whatever form it might take—as a centerpiece in the future of healthcare. Harris thinks versions of these devices could serve as medical kiosks of sorts at your local pharmacy or mall. He also envisions different versions of the device being made, one for consumers and one for physicians, with different gadgets in each to reflect their needs.

As for creating a truly singular device like the tricorder in Star Trek, Harris remains optimistic. “Even in Star Trek, the tricorder wasn’t invented until the 24th century,” he says. “The winner of this device is really just scratching the surface and starting the forward motion.”