If it works in humans, anyway 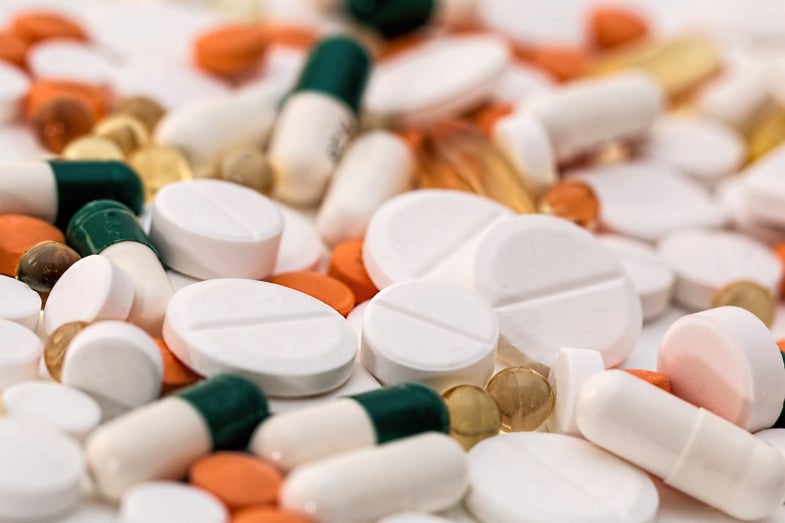 Opioids come with a lot of downsides. They are highly addictive, and come with a slew of unwanted side effects like constipation, not to mention life-threatening ones like respiratory distress. But we just can’t quit them: Opioids are extremely effective at controlling pain. Unfortunately, there’s no way to get the beneficial, pain-relieving effect of opioids without those unwanted side effects, so we take the good with the bad.

Now researchers have developed a new type of opioid that selectively targets inflamed tissues only. In theory, such a drug would provide the pain relief of other opioids without causing side effects or addiction. The researchers have already found such an outcome in rats. If it works in humans, it could be an answer to our need for better pain management.

Opioids work by acting on opioid receptors, which are found throughout the body. They attach to these receptors like a lock and key, and once attached, they release a slew of dopamine, which blocks pain. This is great for areas of inflammation, but not so great for healthy tissues. When opioids attach to receptors in the brain, they can interact with the nerves that control a person’s respiratory rate, slowing it down to dangerously low levels. In the gastrointestinal tract, they cause constipation. Further, the dopamine release in the brain causes a euphoric and calming effect, which can be highly addictive, causing people to desire the drug after it is no longer needed.

But what if you could create a drug that only attached to opioid receptors surrounding areas of pain and inflammation? To find out, a group of researchers looked at what makes inflamed areas different from healthy ones. They found that these areas are much more acidic. So they devised an opioid that only binds to opioid receptors in acidic environments.

This eliminates many of the unwanted side effects—and the risk of addiction—because the drugs aren’t reaching the opioid receptors in the brain or the gastrointestinal tract, says Christoph Stein, a professor of anesthesiology and critical care at the Free University of Berlin and co-author of the paper. The results were published this week in the journal, Science.

When the researchers tested this new opioid, which they are calling NFEPP (short for its chemical structure) in rats, the rodents experienced pain relief without respiratory or GI distress. And after being on the drug for a prolonged time, they did not exhibit any reward-seeking behavior once their supply was cut off—in other words, they weren’t addicted. The researchers also compared NFEPP’s pain relief capabilities against the commonly prescribed opioid Fentanyl and found the two to be equally effective.

But don’t get too excited yet. Rat results can’t be directly applied to humans—we can’t be sure we’d respond as well to the therapy. The next step is to begin testing in humans, says Stein. He hopes to begin this process soon, though it will likely take years to go through all the required stages of testing. The drug—or another targeted opioid like it—could very well be destined to help end the current pain treatment crisis, but you shouldn’t expect to see it on pharmacy shelves anytime soon.