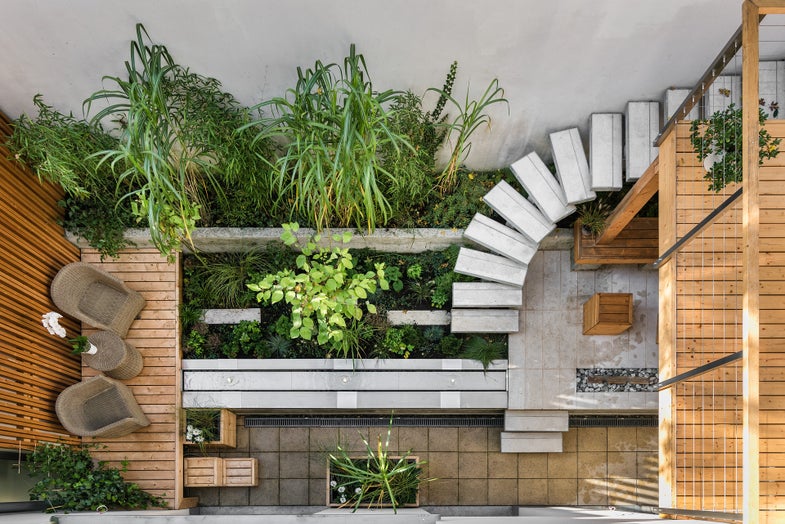 Landscape architect Stephanie Hurley and her family live in an old farmhouse that sits on a modest slope in Montpelier, Vermont. “For years, we watched bits of our gravel driveway wash down the hill each time it rained, forming large rivulets in big storm events,” she said. “This dirt and gravel would go to a storm drain in the street, and connect to our city’s combined sewer system. I started thinking it made no sense for our wastewater treatment plant to be getting runoff from our yard two miles away.” So when she re-graded her driveway last year, she designed it to tilt toward a grassy area nearby, then created a gentle low moist depression within the grass that conveys the runoff from the driveway into a new rain garden, instead of onto Main Street. The rain garden is a small pond-like basin, filled with about 18 inches of sand and planted with native perennial species.

“We created a small pipe outlet to a yard drain at the downhill end to help it drain when there are really big storm events, but otherwise the water infiltrates into the ground, evaporates and is used by the plants,” she said. “Our project has gotten some attention from neighbors either curious about how it works or wanting to show us what they have done for more sustainable water management on their own properties. One neighbor has diverted water coming off a large garage roof and the uphill slope into a beautiful perennial garden, and in doing so alleviated basement flooding issues.”

She and her neighbors are not alone in embracing the idea of creating “green” stormwater practices to prevent flooding or erosion in their communities, especially in response to the extensive flooding and damage brought by tropical storm Irene during the summer of 2011. In August of that year, Irene dumped as much as 11 inches of rain on parts of Vermont, causing historic flooding, and destroying or damaging more than 2,400 roads and 800 homes and businesses across the state.

Hurley, associate professor of ecological landscape design at the University of Vermont, and her colleagues recently studied local attitudes and found many residents were interested in initiating green stormwater infrastructure practices — or already have — in the aftermath of flooding or erosion on their property or in their neighborhoods. Their study appears in the journal Landscape and Urban Planning. 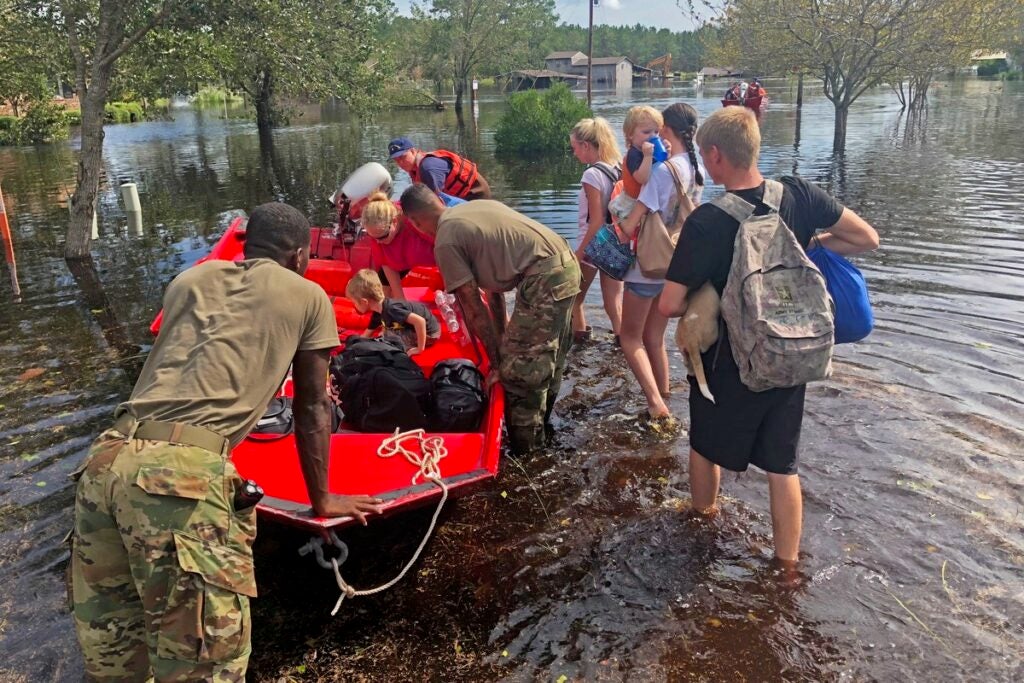 Climate change is making storms like Irene more frequent and ferocious, causing unprecedented rainfall — as occurred in Vermont, earlier with Katrina, and Sandy and more recently with Harvey, Maria and Florence — taking lives, and costing billions in damages and destruction.

In Vermont, of the 577 residents who responded to a statewide survey, 65 percent had either adopted or intended to adopt at least one of several infrastructure practices to collect or divert runoff, among them, rain barrels and rain gardens, replacing impervious surfaces with permeable ones, and installing infiltration trenches, green roofs and wetlands. The scientists conducted the research as part of a larger, interdisciplinary Vermont research effort — including faculty, postdoctoral, and graduate student researchers from both the social and natural sciences — to study complex questions surrounding adaptation to climate change in the Lake Champlain Basin.

The study stressed that an effective approach must consider the specific needs and motivations of households in the context of their social, physical, and ecological landscape. “We tend to think of stormwater management as a separate thing, when really it’s baked into our entire landscape,” said Sarah Coleman, who recently completed her doctorate in ecological landscape design and environmental governance at the university and the study’s lead author.

“If our natural habitat is altered, it changes how the water moves and we necessarily have to manage that water,” Coleman said. “As we understand more about the impact of climate change on water quality, we need residents and landowners to steward water management practices to address different types of runoff, erosion, and flooding challenges. Understanding factors that influence residents’ motivations to adopt different stormwater management strategies is critical…”

Finding ways to hold runoff on the land using soil and vegetation, for example, is one way to mimic natural hydrology, Hurley said. “Collectively, the more land area upstream we can use to hold rainfall and slowly let it seep into the groundwater, the less likely we are to have downstream flooding,” she said. “The more we seal the landscape with impervious surfaces — we think of pavement and rooftops, but compacted gravel, dirt, and even lawns can get saturated and stop absorbing the storms — the more likely is that flooding will occur.”

Homeowners have numerous options, which include:

“In some cases, the best time to make changes is when one is already working on site to modify the landscape,” Hurley said. “This might include re-doing a driveway, improving foundation or basement drainage, or renovating a building or garden. Some of the simplest green stormwater infrastructure practices, like disconnecting downspouts or installing rain barrels and sometimes rain gardens can be very low cost; others are more expensive, but it varies on a case-by-case basis.”

Most important, “the water needs someplace to go, and with climate change producing larger storm events, with high rainfall intensities, this is likely to become increasingly more of a concern,” Hurley added. “Development methods and patterns need to change. The value of open land — and the potential for deliberately designed green infrastructure — that can soak up storms needs to become universally recognized.”