This is what it would look like to land on Pluto

Based on NASA's best photos, anyway 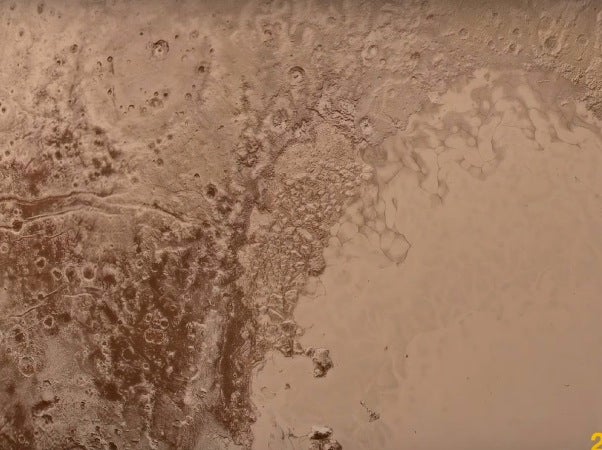 After a 10-year journey, NASA’s New Horizons spacecraft sped past Pluto for just a few short hours in July 2015. It was going far too fast to enter an orbit around the dwarf planet—let alone land on it—but along the way it grabbed some pretty amazing photos of this mysterious world.

Now, NASA has stitched 100 of those photos into a color video that shows (roughly) what it might look like to land on Pluto. The video is a color adaptation of a black-and-white version published last year.

Sadly, both videos leave out one crucial step—the actual landing.

New Horizons was only able to fly within 7,800 miles of Pluto. Although its cameras are great, there’s a limit to how much detail they could make out on the surface at that distance. So this video ends pretty high off the ground, before viewers are able to see what it might really be like to stand in the glaciers of Sputnik Planitia. For that, we’ll need to send another mission to Pluto.

NASA has no follow-up missions on the books as of yet (and even if there were, it’d take at least another 10 years to get there). Until then, we’ll just have to use our imaginations and make informed guesses.