Oculus Toybox Demo Shows Why VR Is So Valuable To Facebook

It's not all first-person shooters and mapping apps 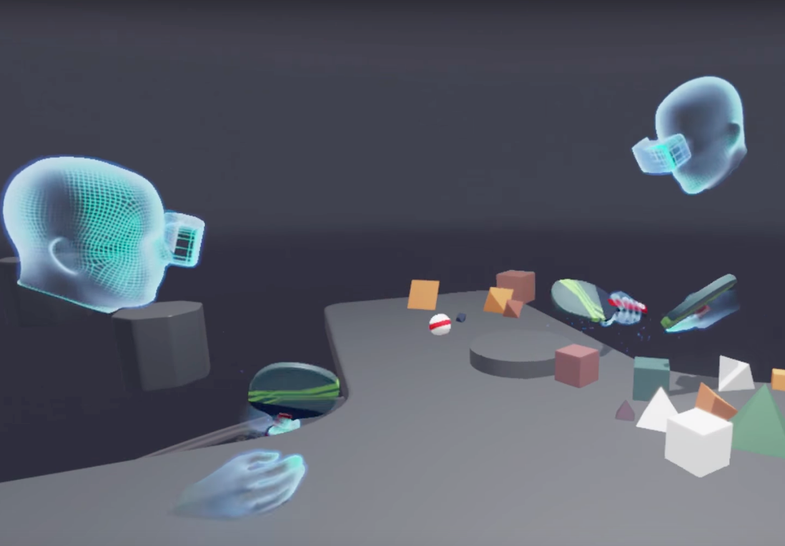 Just a day after Google released Street View for its budget virtual reality headset Cardboard, Facebook-owned Oculus is showing what’s capable of on the Oculus Rift VR platform. The official Oculus account on YouTube has added a video showcasing a new demo of a system called “Toybox,” which Facebook founder and CEO Mark Zuckerberg says is the “craziest Oculus experience I’ve had recently.”

In the past we’ve seen some prototype games and full-fledged counterparts on the Oculus, but few simple time wasters, and even fewer with simultaneous multiplayer capabilities. With the latest Oculus demonstration, we see two VR users playing ping pong, fighting with toys, and setting off fireworks—all in virtual reality. It’s the simultaneous nature of the multiplayer that’s really special here, showing how virtual reality can potentially connect people around the world and let them inhabit the same immersive digital world, more closely replicating actually being together in real life.

Many people still associate the the primary purpose of VR with video games, and the plethora of VR games like the Unreal Engine 4-equipped game Bullet Train or HTC Vive’s immersive Portal demo show how well VR can be applied to a gaming context. But Facebook will likely focus on the social implications of virtual reality as well, and demos like Toybox by Oculus start to get at why Facebook spent $2 billion on the startup company in the first place. As Zuckerberg wrote in a personal post on his Facebook page: “What’s really amazing is sharing these experiences with your friends. We’re getting closer.”

This article was updated after publication to include Zuckerberg’s statements.