You Can Now Binge-Watch Netflix In Virtual Reality

VR is the New Black 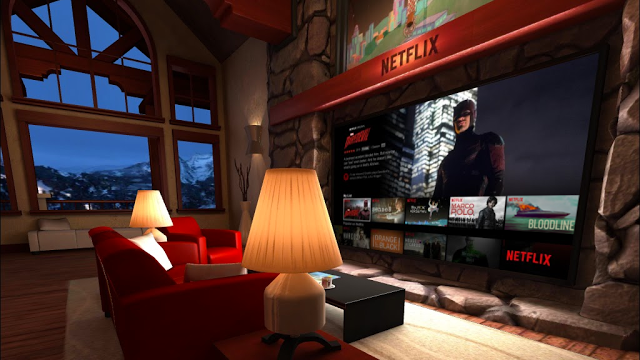 In case Facebook’s 360-degree video wasn’t enough for you, Netflix is bringing its streaming video service to virtual reality. With the help of Oculus, Reed Hastings and company will allow you to binge their content catalog in VR.

Announced during the Oculus Connect conference earlier today, Netflix will be available for the Samsung Gear VR. The headset, “powered by Oculus,” will allow viewers to watch content on a large screen in a plush virtual room, all created in the device itself. Now, it’s important to keep in mind that even in VR, the video content will be displayed on a flat “virtual” screen. That means you won’t be able to walk into your favorite TV series or movie, nor pan around in 360-degree video — at least not yet. But the Netflix VR experience could prove a solid first step into more ambitious virtual forays for the company.

And it’s not just Netflix that is taking the leap. Hulu, Vimeo, Twitch and more will also make their way to the Samsung’s Gear VR later this year. Netflix, however, will come first: later today, in fact.

On Netflix’s official blog, Oculus engineer and video gaming legend John Cormack discusses his experience of bringing Netflix to the VR headset. He explains why the Gear VR doesn’t simply show just the video or even a giant TV screen. Due to distortion and resolution limitations, users get slightly less picture quality than viewing on their high-end televisions. “So forget 4K, or even full-HD,” says Cormack. “720p HD is the highest resolution video you should even consider playing in a VR headset today.”

The Facebook-owned Oculus also supports the new 360-degree video format introduced by its parent company yesterday. Using VR headsets, or even one’s smartphone or desktop computer, users are able to pan around in a full circle to see the virtual environment around them. Oculus expects content to be created for this new viewing experience, calling it “original virtual reality short-form” and “unique viewing environments created for VR devices,” according to The Verge.

Netflix in virtual reality can be found in the Gear VR store today. 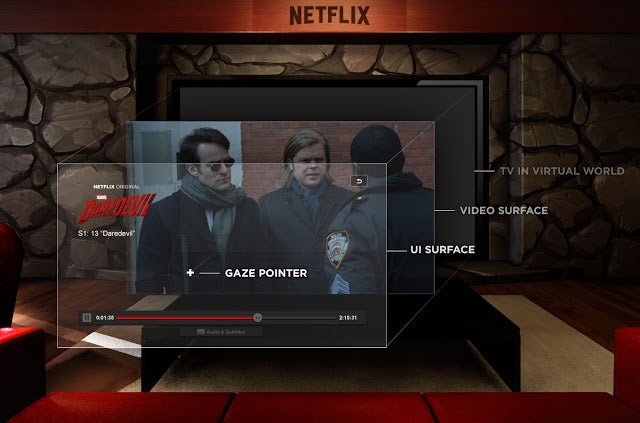