On a collision course with Facebook's Oculus VR 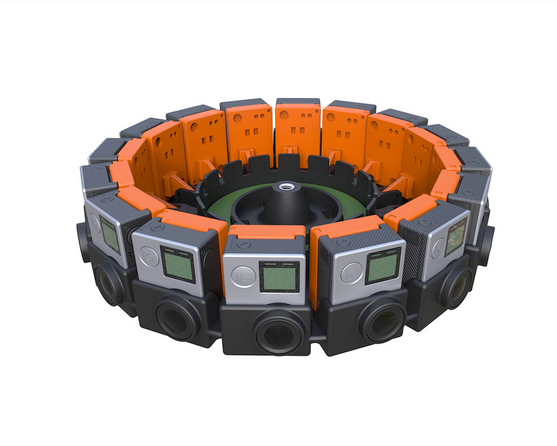 On Thursday at its annual I/O developer’s conference, Google announced that it’s doubling down on its promise to bring virtual reality to the masses.

Last year, the company introduced its low-budget virtual reality platform Cardboard, designed to make VR more immediately accessible through affordable, easy-to-assemble kits that turn common Android smartphones into makeshift VR headsets. This year, the company introduced a new version of Cardboard for iPhones, and announced a new partnership with GoPro to create virtual reality cameras, putting it on a direct collision course with the numerous other big tech companies that have taken an intense interest in VR lately.

Chief among those other companies: Facebook, which owns Oculus VR; Sony, maker of the upcoming Project Morpheus VR gaming headset; and HTC, which has its own VR headset called Vive, with software supplied by popular gaming studio Valve. So far, these other competitors have focused mainly on perfecting their VR headset hardware and getting it into the hands of professional software developers, who can, in turn, spend their time building and testing VR content (games, puzzles, demos, etc).

Google is taking a substantially different approach: courting would-be VR filmmakers. Yesterday at I/O, Google announced a partnership with GoPro to bring 360-degree videos to YouTube in a project the companies call “Jump.” The spherical videos are shot using a special rig built by GoPro that supports 16 GoPro Hero4 cameras. The rig is similar to one announced by GoPro yesterday that uses six cameras to shoot 3D video.

GoPro will launch the first of its 360-Degree cameras in July. The company hasn’t announced the price of the products just yet, but with the cost of a GoPro Hero4 at $500, it’s not unreasonable to think the total cost of the big rig will be more than $8,000. Google will also release the blueprint to the big rig so that anyone can build one of their own using a 3D printer. Although people will be able to build their own 16-camera rig, Google’s servers will still need to assemble the footage so that it can be viewed in stereoscopic VR on YouTube.

Still, the idea aligns neatly with Google’s Cardboard initiative. While Cardboard is focused on getting more people to consume VR content by giving them the most basic tools by which to do so, Jump is clearly designed to get more people to create VR content, and to get that content onto Google’s own hugely popular video website, YouTube. It’s a smart play, especially given the fact that rival Facebook is currently catching up in the department of good, old fashioned, 2D video hosting.

In addition to making Jump videos viewable on YouTube, Google will also be trying to get kids excited about virtual reality videos through a program it’s calling “Expeditions.” Through the program, Google will deliver sets of Cardboard viewers to classrooms, and teachers will be able to walk students through guided tours of places like the Golden Gate Bridge or Great Wall of China. Google said that it will allow people to start uploading virtual reality videos to YouTube this summer.

But perhaps the most shocking announcement from Google was that the Cardboard app is now available on Apple devices through the iTunes store. It can be used on any device with iOS 8.0 or later. Clearly, Google wants to be a force in virtual reality, even for those of us who aren’t using a Google device to create or consume VR content.

Of course, there’s no guarantee any of these new Google VR efforts will actually catch-on with consumers or content creators in the way Google intends. After all, it was just three years ago at Google I/O that another ambitious, augmented reality product was announced in an even more bombastic fashion: Google Glass. After initial enthusiasm from the press and public, Glass became more and more an object of ridicule, until finally earlier this year, Google stopped selling it, saying it was being reworked.

But maybe Glass was just ahead of its time, and would do better in a world where strange-looking headsets and immersive virtual content are more commonplace.