You know Einstein would have had mad snap game 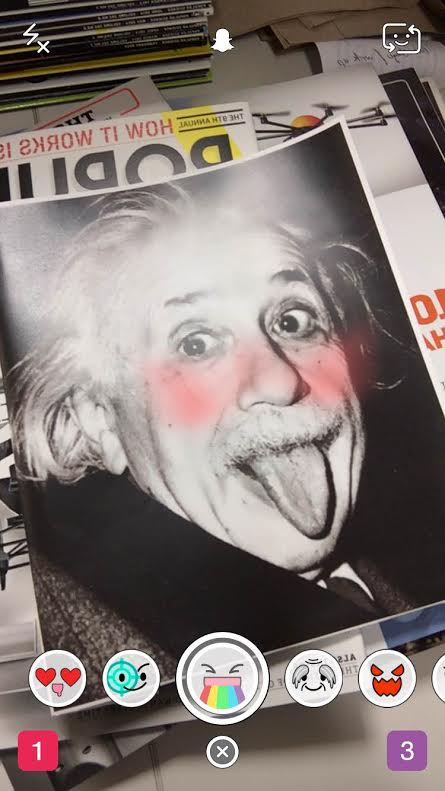 What more is there to say. Snapchat now lets you vomit rainbows. Albert, however, was camera shy. Xavier Harding
SHARE 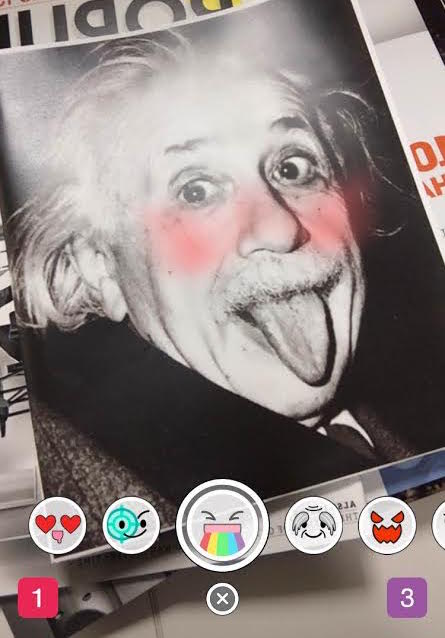 Albert Einstein is excited for lenses

Snapchat’s released a pretty big update today. The inclusion of Lenses, extra Replays, and Trophies are now available to users of the disappearing photo and video app. Numerous playbacks of snaps represent the company’s first stab at a user-supported business model. Trophies reflect in-app achievements that users unlock upon specific milestones. But Lenses may be the feature users take advantage of most often. The filters for your face mark a significant change for Snapchat, offering users a collection of animations that distort and change the human face in clever and sometimes shocking ways. But rather than explain it, we’ll let the stars of science do the talking:

Snapchat plans on regularly releasing new Lenses. Just a day after the new filters released, the company added a tear-jerking cry lense — allowing you to raise your eyebrows to start the waterworks. These simple additions provide more reasons for users to return to the app to see what’s new content awaits. But really, you’ll probably just go back to the rainbow barf over and over again. 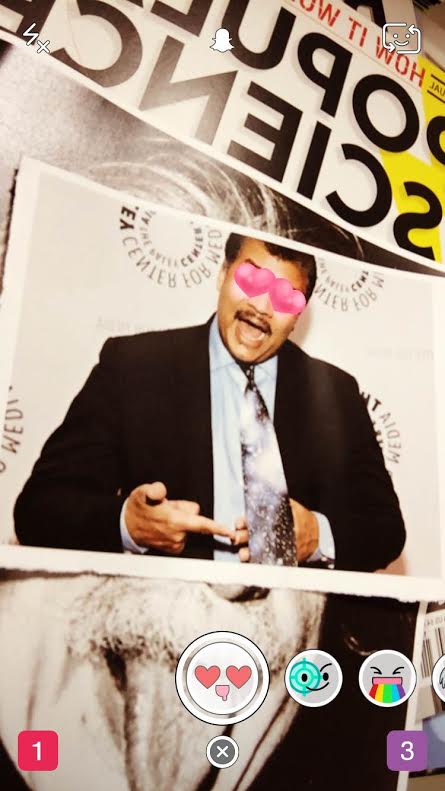 The Hearts lens puts hearts over your eyes, obviously. Raising your eyebrows makes the hearts explode in total infatuation.

What more is there to say. Snapchat now lets you vomit rainbows. Albert, however, was camera shy. 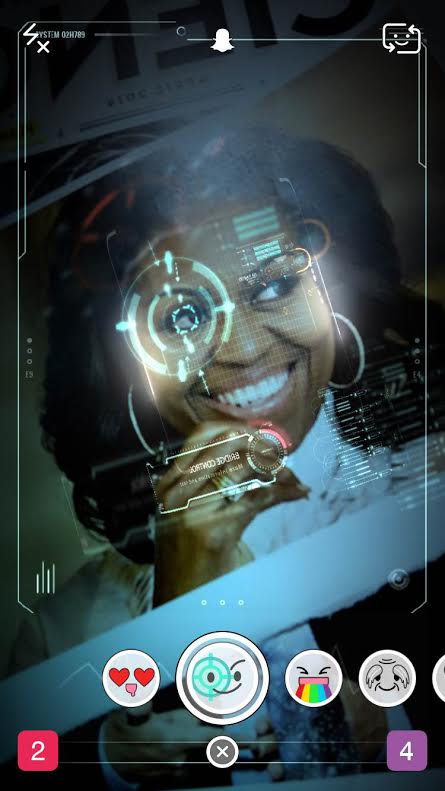 Snapchat now lets you channel your inner Tony Stark. Raising your eyebrows in this mode changes the floating HUD from blue to red to express danger. 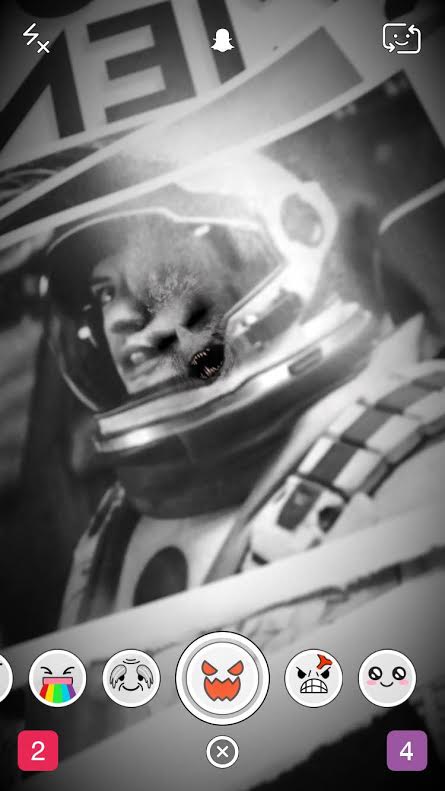 Make your face nightmarish. More so than usual. 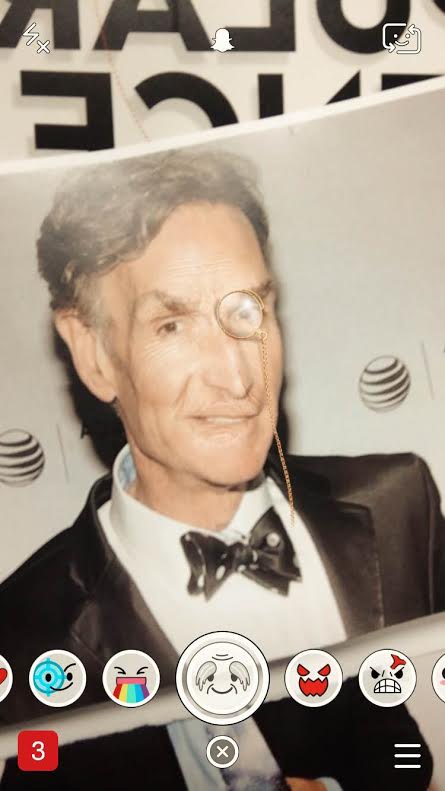 When you want to show someone how shocked you are at something. Hopefully yours goes better than Bill’s. 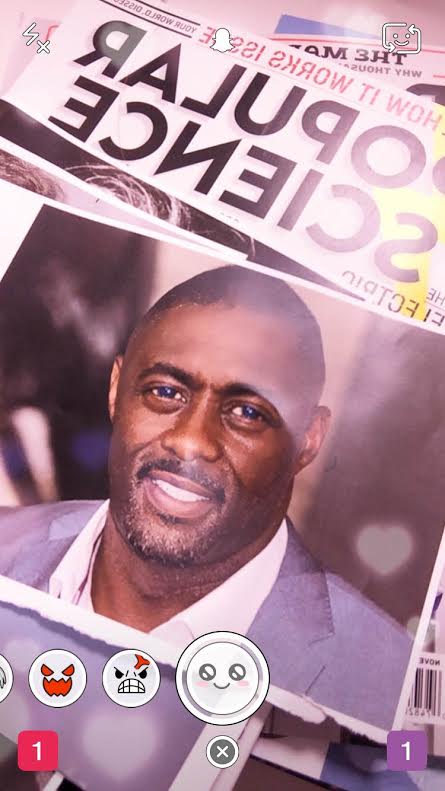 For those moments when you’re taken aback by would-be James Bond’s aura, Snapchat lets you scatter hearts around him or any other face you desire. Elba isn’t exactly geeky, but even nerds can appreciate his work. 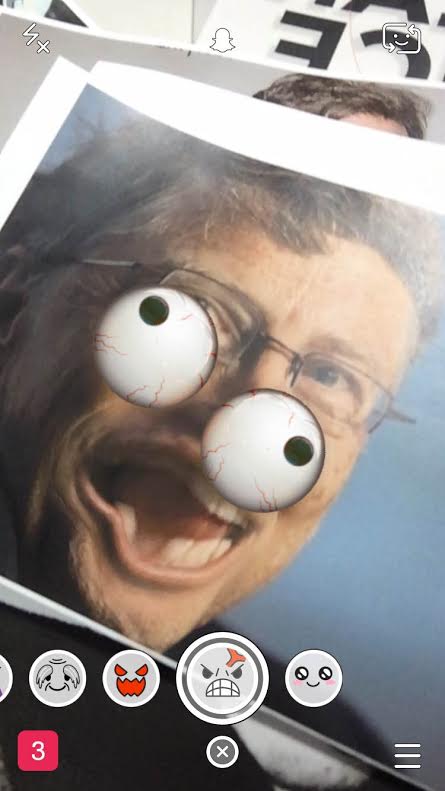 When you want to show someone how shocked you are at something. Hopefully yours goes better than Bill’s.
Internet
Social Media