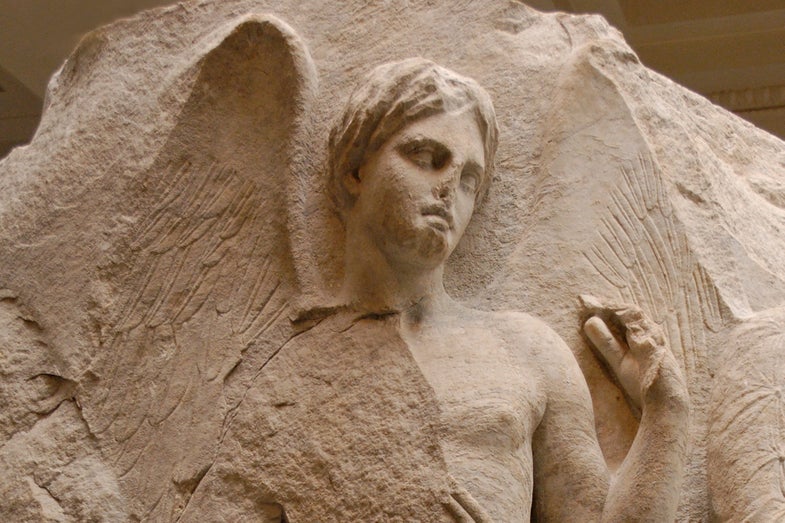 In Greek mythology, Thanatos is the representation of death in the flesh. This demon is responsible for escorting souls to the Underworld such that a person may continue living forever in absence of the human body. Not surprisingly, this particular character is associated with the macabre. Now the name has been used for a rather gruesome branch of microbiological study: life after death.

When higher order organisms, including humans die, the trillions of microbes live on and begin to initiate the practice of decomposition. The process begins within the first few minutes after the body has stopped functioning and continues for several weeks to months until the body is completely broken down. While for most people, this area of research is better left for the halls of academia, the application of knowledge can be useful in forensics.

The concept of post-mortem microbial analysis as a separate branch of science had it start in 2014. At the time, an American group of researchers attempted to identify how the collection of microbial species in the body changed after death such that it differed from the microbial population during life. They did this by analyzing post-mortem blood and internal organs for any signs of living microbes.

The results revealed a rather interesting dynamic with respect to the bacterial populations over time. As the time post-mortem increased, the populations shifted significantly from the living microbiome. The change in was so stark the researchers developed a new term, the thanatomicrobiome.

The definition for the thanatomicrobiome was simply, “the microbiome existing in or on an animal host after it dies.” The stringent parameters were needed to ensure the classification would be separate from another well-known collection, the necrobiome. This deals with all forms of life, including insects and other larger organisms. For the researchers, this was too large a scope; they wanted to focus solely on the microbial world.

While this one study opened the door, the term itself has been relatively unmentioned over the last few years. But late last month, an American team of researchers – including one of the authors from the 2014 paper – decided to provide perspective on the term and also why it should be used more often both in use and in practice.

The research into the nature of the thanatomicrobiome has been scarce though there have been some findings of interest to the forensic community. At the species level, some of the most important bacteria during life, such as Lactobacillus and Bacteroides, decrease over time. They essentially are dependent on the living body in order to survive. Once the host has passed, they will too. This information can help to identify time of death simply as a result of quantifying these two species.

As these species disappear, others begin to thrive in areas they don’t belong. Some bacteria normally associated with the skin find their way into the blood and lymph nodes. In addition, certain gut bacteria find a way to break through the intestinal wall and migrate to find other areas to grow. Within 7 days, the entire body can become colonized such that even the most sterile location in the body, the pericardial area, turns into a bacterial home. But even these bacteria don’t survive forever and as the body begins to dry, they too will disappear leaving only species known to be associated with soil.

As the authors point out, the relatively small amount of information collected thus far is simply the foundation for thanatomicrobiome work. To date, the most relevant findings are time-associated pattern of microbial community dynamics. Yet even this can be used in the present to help forensic analysis to determine time of death.

For example, certain species may be specific to a given environment demonstrating movement of the body. Other bacteria and viruses may provide insight into social activity, such as food source and previous human interactions. With the inclusion of more microbial types into the array, such as the Archaea and protozoa, even more information may be gained about the moments before and after death.

Despite the progress highlighted in the article, there is still work to be done. One of the most important areas requiring investigation is the impact of external factors such as humidity, temperature, and the presence of other higher-order species including insects on population dynamics. But the inside of the body also plays a role. The influence of chronic social behaviour such as long term pharmaceutical use, immune suppression, and chronic disease is known to change the living microbiome. Further research into the influence of these conditions is needed.

Although in its infancy, the thanatomicrobiome will no doubt gain momentum over the coming years. Considering the meteoric rise of microbiological interest in the living microbial population, there is certainly going to be significant interest in microbial actions after death. Although the topic is morbid, the answers may help better understand forensic sciences in the future.