How Microbes Contribute To Heart Disease

Researchers have shown bacteria may add to heart-related issues 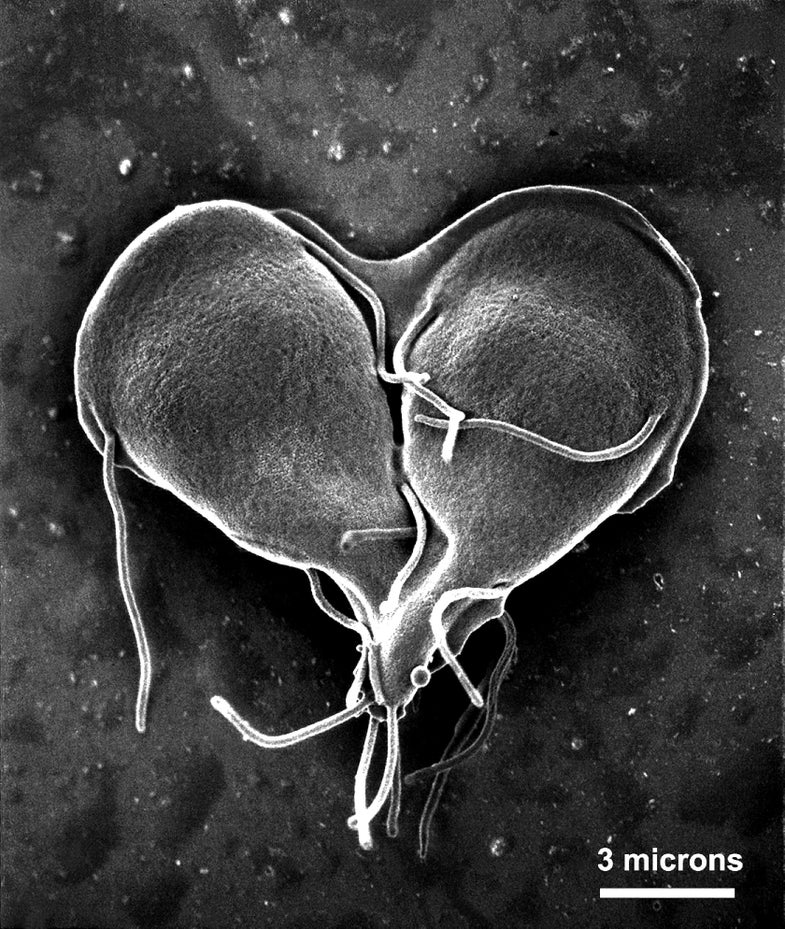 Cardiovascular disease can take many forms and numerous causes have been identified. Most of these have been associated with genetics and behavior. Yet there may be one other reason for heart troubles although it may seem highly unlikely.

Back in 2011, a large group of American researchers made a highly controversial postulate. In addition to human causes of cardiovascular disease, there may be a microbial one as well. They based their assumption on the creation of a particular chemical, trimethylamine-N-oxide, or TMAO.

In mice, an increase in TMAO concentration ultimately leads to cardiovascular troubles including atherosclerotic lesions. This molecule is formed only in individuals with a rare genetic disorder known as trimethylaminuria. Yet, microbes are also able to form TMAO and release it into the body. By 2013, the formation of TMAO in the human body by bacteria was confirmed.

The news of microbial TMAO shook both the cardiology and microbiology fields leading to a variety of studies examining the link between this chemical and the potential for cardiovascular disease. While the connections were established, one question was left unanswered. No one could quite explain what TMAO was doing inside the body.

Now there may be an answer, thanks to further investigations by American researchers including some of the authors of the original 2011 paper. Last week, they revealed a possible mechanism behind the detrimental effects of TMAO. It turns out the chemical sparks an even greater cascade of problems inside the body leading to cardiovascular disease and an increased risk for heart attack and stroke.

The team first wanted to determine whether there was any correlation between TMAO and a cardiovascular event. They looked at more than 4,000 individuals and found a possible link between concentrations of the chemical and a risk for thrombotic events such as heart attack and stroke. Although this didn’t offer a mechanism, it did offer a path for further analysis.

They did. In the presence of TMAO, lab cultures of platelets were far more active and began to form clots. When the platelets were introduced to another factor in clotting, collagen, the clot itself was stronger and more resistant to liquid flow similar to that of blood in the body. Essentially, TMAO was responsible for making and solidifying clots.

The next step was to prove this effect inside an actual mammal–in this case, mice. The researchers injected TMAO directly into mice and observed the levels of thrombosis. Just as it was in the culture dish, TMAO raised the activity of platelets and increased the chances for cardiovascular troubles. What made this part of the study even more useful was the actual amount of TMAO used, which was within the identified range found in humans.

With this information at hand, the researchers eventually found the molecular mechanism behind platelet activation. When the cell is stimulated with TMAO, it becomes overly alert and ready to act. Once it comes into contact with collagen, the platelet goes into overdrive and begins to form a cascade of clotting action. Other TMAO-stimulated platelets will do the same increasing the chance for a troublesome clot. Over a long period of time, this could eventually lead to a blockage and resultant heart attack and stroke.

Though the information was sufficient to provide a mechanism, the authors wanted to prove that the trouble was indeed caused by bacteria. To do this, they took fecal bacteria from a mouse suffering from thrombosis and transplanted it into a normal, healthy mouse. Within 6 weeks, the normal mouse began to suffer from similar TMAO-related troubles. The team went as far as to define particular bacterial genera responsible for the condition.

The results of this study come close to proving microbes may act as a risk factor for cardiovascular disease. Unfortunately, this information may initially be more problematic than helpful. Because of the nature of cardiovascular disease treatment, addressing the bacterial contribution will require a change in focus and tact.

The authors themselves suggest there may be a route forward by trying to target the TMAO pathway in microbes. Or, there may be another route in which probiotics and prebiotics may be used as heart helpers. In this way, the level of TMAO-forming microbes will be reduced as will the risk. The most influential benefit of this path would be a lack of any pharmaceutical intervention. The risk would be reduced simply by shifting the microbial population through diet and exercise.