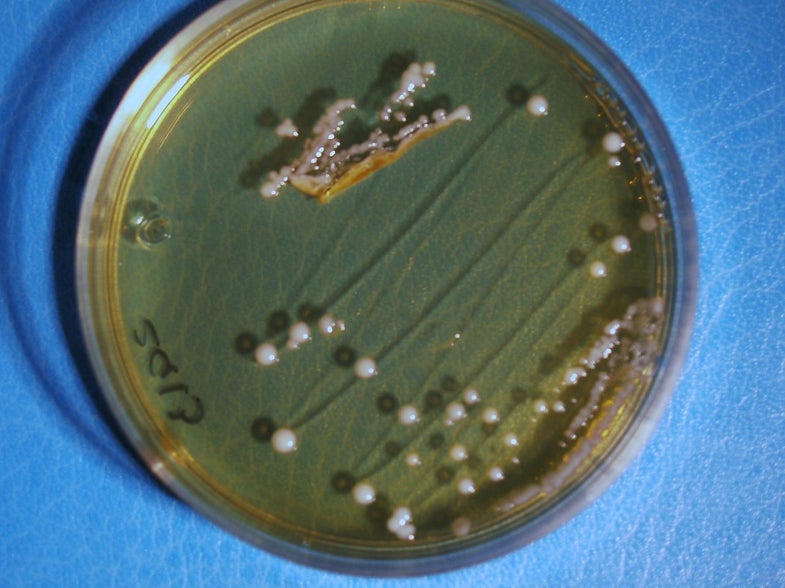 The vaginal microbiome is complex and mysterious; the bacteria that make it up vary widely between women, and change over time. One of the vaginal microbiome’s functions, researchers have learned, is to stave off disease. But some are better than others at trapping pathogens. Now researchers may have discovered a particular bacterium that can stop HIV pathogens from infecting the body, which could lead to “bacterial condoms,” according to a study published yesterday in mBio, the journal of the American Society for Microbiology.

In the study, the researchers took samples of the cervicovaginal mucus (where many of the bacteria live) from 31 women, then tracked the movement of HIV pathogens. The researchers found that the microbiota with higher concentrations of one type of bacteria called Lactobacillus crispatus were better at trapping HIV so that it didn’t infect the body.

Researchers have known for a long time that various strains of Lactobacillus bacteria dominate most vaginal microbiota, but to their surprise, the species made a big difference; microbiota dominated by Lactobacillus iners were more likely to let pathogens sneak through. The same bacteria has been shown to increase the incidence of recurring bacterial vaginosis, suggesting that the two might be connected.

This is the first study to show that different types of Lactobacillus bacteria can make a difference in how HIV is transmitted, and could someday lead to “the development of novel strategies to protect women against HIV,” as the study authors write. Feasibly, researchers could add disease-fighting bacteria to existing birth control strategies, like condoms or spermicide, or they could create something totally new, like a bacterial condom that would prevent the transmission of HIV or other infections.

There are still many questions about how pathogen-fighting bacteria could change under real-world conditions that affect the microbiome; semen, for example, weakens the cervicovaginal mucus and may make pathogen transmission easier, as Slate reports. In the future, the researchers plan to investigate the chemical interactions between cervicovaginal mucus and semen.