But it’s still not clear what that means for health 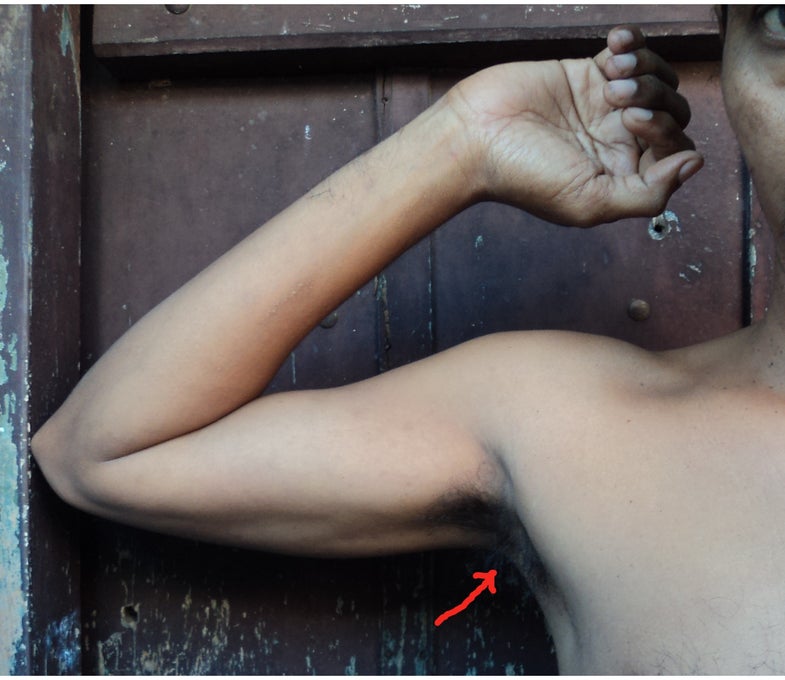 It’s hard to keep friends around when you reek, so most of us wear antiperspirant or deodorant to suppress that offensive natural musk. But those personal care products are changing the populations of bacteria that live in our armpits, according to a new study published this week in the journal PeerJ.

There are lots of bacteria in your damp, dark armpits, and it makes sense that deodorants would affect them—when bacteria break down sweat, they create stinky compounds called thioalcohols. Deodorants and antiperspirants work by reducing the amount of sweat that leaves your pores as well as the number of bacteria there to break down that sweat. But researchers didn’t know if these products could have a lasting impact on the microbiome, and whether they target certain kinds of bacteria more than others. 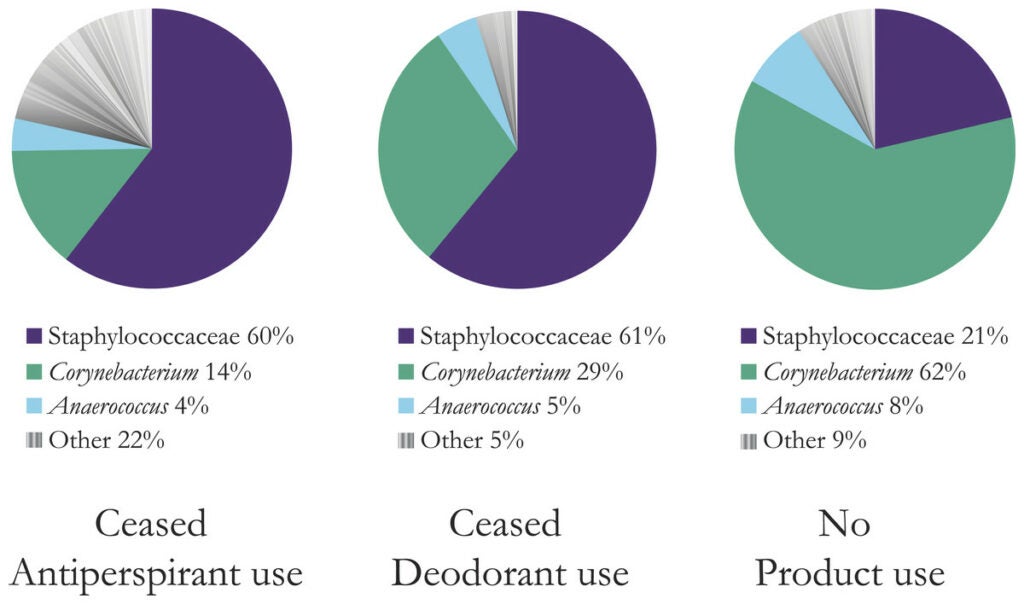 This chart shows the proportion of different bacteria found in the three groups of participants based on the bacteria’s genera. As you can see, the people who ceased antiperspirant use had the greatest diversity of bacteria, but it not clear what that means for their health

After the first day, the researchers found that, among the three groups, participants who used antiperspirant generally had the fewest bacteria in their armpits, while those who used deodorant actually had the most on average. When everyone stopped using the products, all participants had about the same number of bacteria, indicating that the quantity of bacteria in the microbiome can regenerate over time. But the products’ effect on the diversity of those microbiota did last—even after five days of not using antiperspirant or deodorant, the participants who habitually use them had a greater diversity of bacteria in their armpits.

The researchers aren’t exactly sure what all this means for our health. On the one hand, greater microbial diversity has been associated with better immunity in other parts of the body. But on the other hand, the participants who didn’t typically use a product under their arms had a higher percentage of Corynebacteria, which are known to provide a strong defense against pathogens, according to a press release. And since these findings came from a small number of participants with a lot of variety in their microbiota, it’s hard to make any definite conclusions from them. In future studies the researchers hope to better understand how the underarm microbial diversity affects a person’s health.