The Bug Within The Beetle That’s Causing A Coffee Crisis 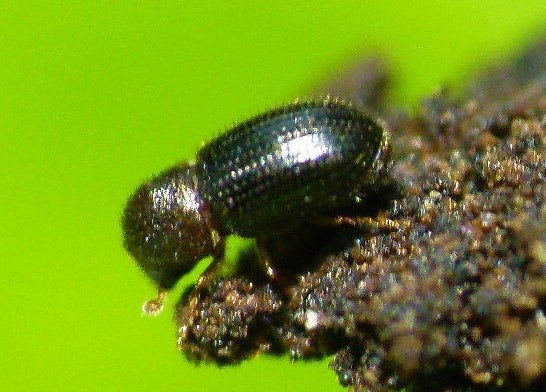 Coffee is one of if not the most popular drinks worldwide. Over half of Americans drink the black, bitter liquid, spending $40 billion on it every year. As such, the supply is a matter not only for food but also economic security.

But coffee has a rather vicious enemy, the coffee berry borer. It’s an insect that was once limited to Africa but has spread across the world. Currently, losses account $500 million annually, though it is expected to rise as the insect’s range expands.

The borer’s success relies on a unique ability to resist one of the most successful toxins made by the coffee plant, caffeine. For humans, it’s a stimulant but for smaller organisms, it is a lethal neurotoxin. This allows plants to defend themselves against being consumed and eventually killed.

Many insects can metabolize low concentrations of caffeine. But the borer appears to have developed the ability to withstand levels normally considered to be lethal. How it accomplishes this, however, has been for the most part a mystery.

Now there may be an answer that lies not in the bug but in its bacteria. Last week, an international team of researchers revealed that degradation of caffeine may be mediated primarily by the beetle’s gut microbiota. Their findings open the door to a new avenue of treatment where the target isn’t the insect, but the microbes found within. Check out this video animation from Berkeley Lab summarizing the findings:

The group collected specimens of the berry borer from Kenya, Indonesia, India, Puerto Rico, Hawaii, Guatemala, and Mexico. All of these regions have seen an increase in the presence of the insect and are suffering losses. When they arrived at the lab, they were first tested to see if they could break down caffeine in the gut. Some insects were fed the caffeine immediately while others were fed after an antibiotic treatment to reduce the number of microbes.

As expected, adding caffeine to the diet had little impact on the control insects as the chemical was broken down. But in those given antibiotics, there was a 95% decline in eggs and larvae. Without the bacteria in the gut, the population dropped.

Though this was enough to provide proof of gut microbiota involvement in caffeine resistance, the researchers wanted to go further. They split the insects into two groups. One was kept alive while the other was washed, killed, and eventually broken down such that the genetic material could be isolated.

From here, the goal was to identify the bacteria found in the gut. The first route was to physically isolate and culture bacterial species from within the live animals. The second was to use genetic identification to determine all of the species. This dual-pronged strategy could ensure any molecular results could be backed up by actual visual observation.

As expected, both experimental procedures revealed a rich diversity of microbes from the insect gut. One of the most populous bacteria common to insects worldwide was the pseudomonads. They are ubiquitous in the environment and were expected to be found in high numbers. They were also the most likely suspects in caffeine reduction as they had already been shown to break down caffeine.

The next step was for the scientists to prove their gut feelings by putting the bacteria to the test. They attempted to grow all the species on agar containing caffeine as the sole carbon and nitrogen source. Several species were able to survive including a non-pseudomonad, Pantoea vagans, a bacterium used in plant biocontrol. But the best survivor was Pseudomonas fulva. It’s a potential human pathogen, but in the insect, it’s a part of the normal microbial flora.

The final stage was to re-instate the caffeine depleting activity. They took antibiotic-treated insects and fed them P. fulva for a week. Although they were able to deplete the caffeine, they were unable to reproduce. This suggested the loss of the bacterium can irreversibly lead to reduction of the species by preventing proper reproduction.

The combined results suggested targeting P. fulva might be a viable option in controlling the borer. The authors suggested focusing on changing the microbiome of the insect could be an excellent means to naturally alter the insect’s population dynamics. How that could be accomplished, however, is up for debate.

Although antibiotics were used in the study, the concept of mass dissemination of these drugs in the wild is not recommended as this could lead to more resistance in the future. Other options include antimicrobial peptides and the use of competitive species of bacteria such as Pantoea vagans. But this will require future research to specifically determine the effect of these strategies. With more studies in this area, a viable option will eventually be found and everyone will be able to enjoy their cup of joe knowing the supply and security are assured.