Your Probiotics Won’t Help Your Obesity 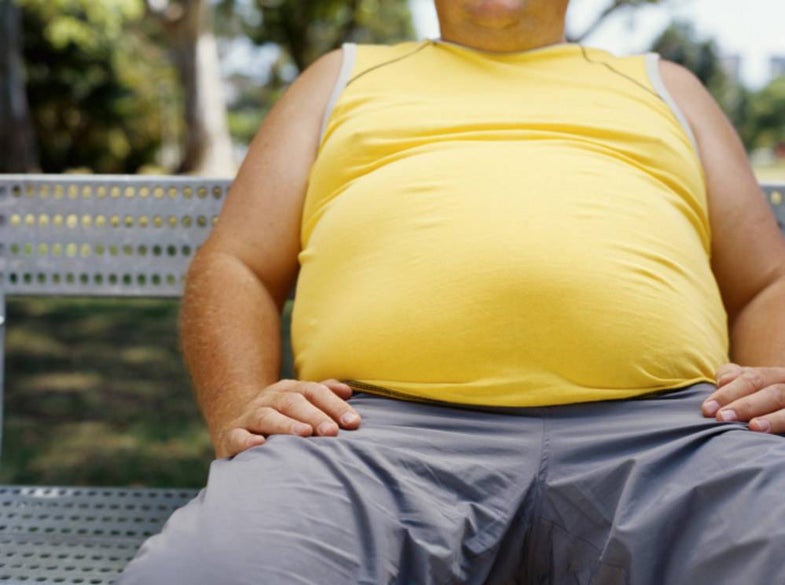 Recent years have seen an increasing focus on the human microbiome, the ecology of bacteria that live within us. In particular, there has been an intense focus on how our gut fauna influence health conditions, namely obesity. Studies using animal models have shown a significant correlation between a certain balance in microbial communities and obesity—but as a recent meta-analysis published in the American Society of Microbiology’s mBio points out, there’s a difference between a statistically significant correlation in individual studies, and reliable proof of causation.

Analyzing ten large studies of over 1,000 volunteers, the researchers came to the conclusion that although the gut microbiome is influential in digestive health, and may even have some role in obesity, there is not yet any discernible proof that obesity can be directly traced to a specific balance of microbes. Instead, they surmised, research to date has largely been constrained by limited sample sizes and inadequately sensitive metrics, and that it can’t just be used to extrapolate someone’s risk for obesity based on their gut bacteria.

One reason why many might be quick to proclaim that there is a precise signature of gut bacteria on obesity, and that we’ve accurately identified what the archetypal “healthy gut biome” looks like, might have something to do with probiotics being rather valuable. By 2023, the global market for them is expected to hit $64 billion—and all that growth, is hard to curate.

The FDA classifies all probiotics that are marketed to treat any human medical conditions as drugs. This sounds all well and good, but as many researchers have lamented, the higher research standards make studying probiotics an inordinately expensive hassle. Even more paradoxically, the FDA’s strict enforcement of health claims has spawned legitimate-sounding probiotic marketing biobabble like “promotes a healthy immunological balance.”

A study out last year by David Mills and David Sela in the journal, Pediatric Research, showed that only one in 16 probiotic supplements can accurately identify what bacteria are in them. Moreover, the strains of bacteria that are used, as Mills points out, are not necessarily utilized because of the strength of their benefits, but because they’re the most feasible to culture.

Compounded by headlines that, as Mills notes, are quick to jump the gun and proclaim panaceas, like “Your Gut Can Make You Slim,” the gut is a world full of both overgeneralizations and legitimate challenges for research.

However, those attractive “this is the root of all” claims do stem from real science. Our gut microbiome has an extensive influence on our function. As Mills, Sela, and Liverpool pediatrics professor Stephen Allen noted, treatments targeting the microbiome have proven effective in ameliorating lactose intolerance, as well as diarrhea associated with antibiotics, and the buildup of C. diff bacteria—and research on probiotics and breastmilk show promise in preventing necrotising enterocolitis, and bettering human nutrition.

The problem is that research on the microbiome is, as Allen puts it, “Still in its infancy.” We know that differences in gut fauna among mice can erode at attempts to replicate the results of drug tests. We know that inside everyone is a roughly 39 trillion bacterium-strong ecosystem that, according to Allen ” varies enormously in humans according to age, diet and many other environmental factors”—and that, as Mills tells Popular Science, it’s hard to insert a lasting population of select bacteria in an already-established biome. Simply stop to consider that only around 17 percent of the bacterial community on your left hand, is present on your right.

You contain multitudes, and the process of unraveling the regulation and science of it all, is going to take time. As someone once said, Rome wasn’t built in a day. But as gut microbiome research continues to map out this microscopic ecosystem more precisely, scientists like Mills and Sela believe that we may soon see more personalized microbiome medicine, tailored to attend to individual’s specific, measured imbalances, with something like custom probiotics.

So, when someone tells you that a good dose of general supplements will help you slim down in no time, or when that one friend of yours, Chad, tells you that all life is connected, remember…just nod your head, take it with a grain of salt, and keep your eyes on a future of prescription fecal transplants.