Can We Defend What We Put In Space?

The new era of space strategy 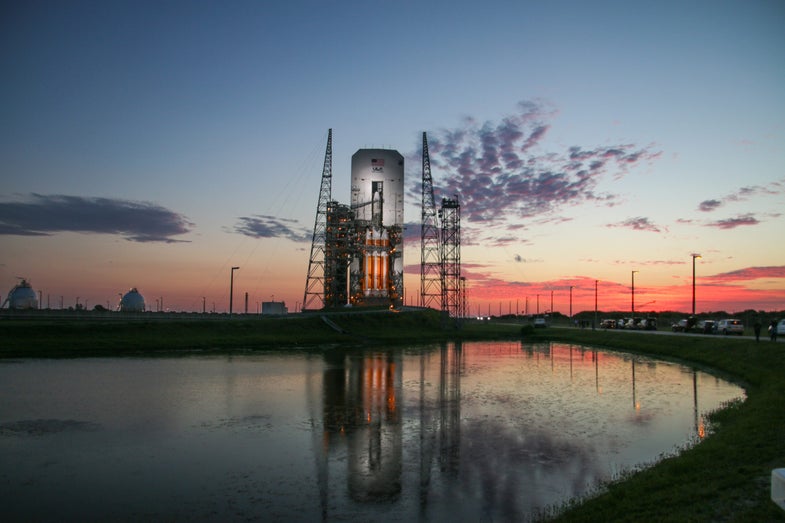 Rockets spend most of their lives waiting. Here, the Delta IV Heavy that carried the National Reconnaissance Office's mysterious payload into space on June 11 basks in a sunset. Copyright Kyle Brown, used with permission
SHARE

Space, officially, is at peace. The Outer Space Treaty from 1967 declared space free from nuclear weapons and weapons of mass destruction, and with remarkably few known exceptions, space exists as a weapon-free place. But the absence of weapons does not mean the absence of targets, and with everything from GPS to reconnaissance to communications requiring earth-orbiting bundles of electronics, figuring out how to protect space is an ongoing challenge. At the Atlantic Council, James Hasik of the Brent Scowcroft Center on International Security contemplates two ideas for space defense: scorched orbit, and systems protecting systems.

The first, which I’m calling “scorched orbit” but could also be called “space denial,” involves a known hazard of space: clouds of debris colliding at high speeds with delicate equipment. Hasik writes:

The Air Force contemplated chaff defense in the 1960s, Hasik notes, but releasing clouds of debris to deflect radar-guided missiles (like airplanes did over Vietnam) in space is a short term strategy. The missile may not hit, but then there’s a cloud of debris also in orbit, which could collide with and tear through other space objects. Not fantastic, if people want to keep using space.

The other approach identified by Hasik is the “Battlestar Strategy.” Named after the eponymous starships from Battlestar Galactica, the technique borrows from aircraft carrier strategy with layers of protection, including long- and short-range missiles and other craft. Adopting such a space defense is tricky in part because it likely means putting weapons in space (or announcing the use of earth-based missiles to defend space targets).

Another alternative, mentioned by Hasik here and put forth by Air Force Lieutenant Colonel Peter Garretson last week, means changing the targets in space. Instead of relying on a few big satellites, where losing a single one is a big blow, spreading the capabilities around to lots of smaller satellites means the infrastructure of space is resilient against attacks.

Making that strategy work requires a change in launches onto the ground: to get lots of small satellites in orbits means more launches, at lower cost than the current expensive standard, with some tolerance for failure. It seems to be the direction space business is going.