The US’s latest assist to Ukraine: Rocket launchers with a 43-mile range

A total of eight High Mobility Artillery Rocket Systems, or HIMARS, will help Ukraine. Here's what they do. 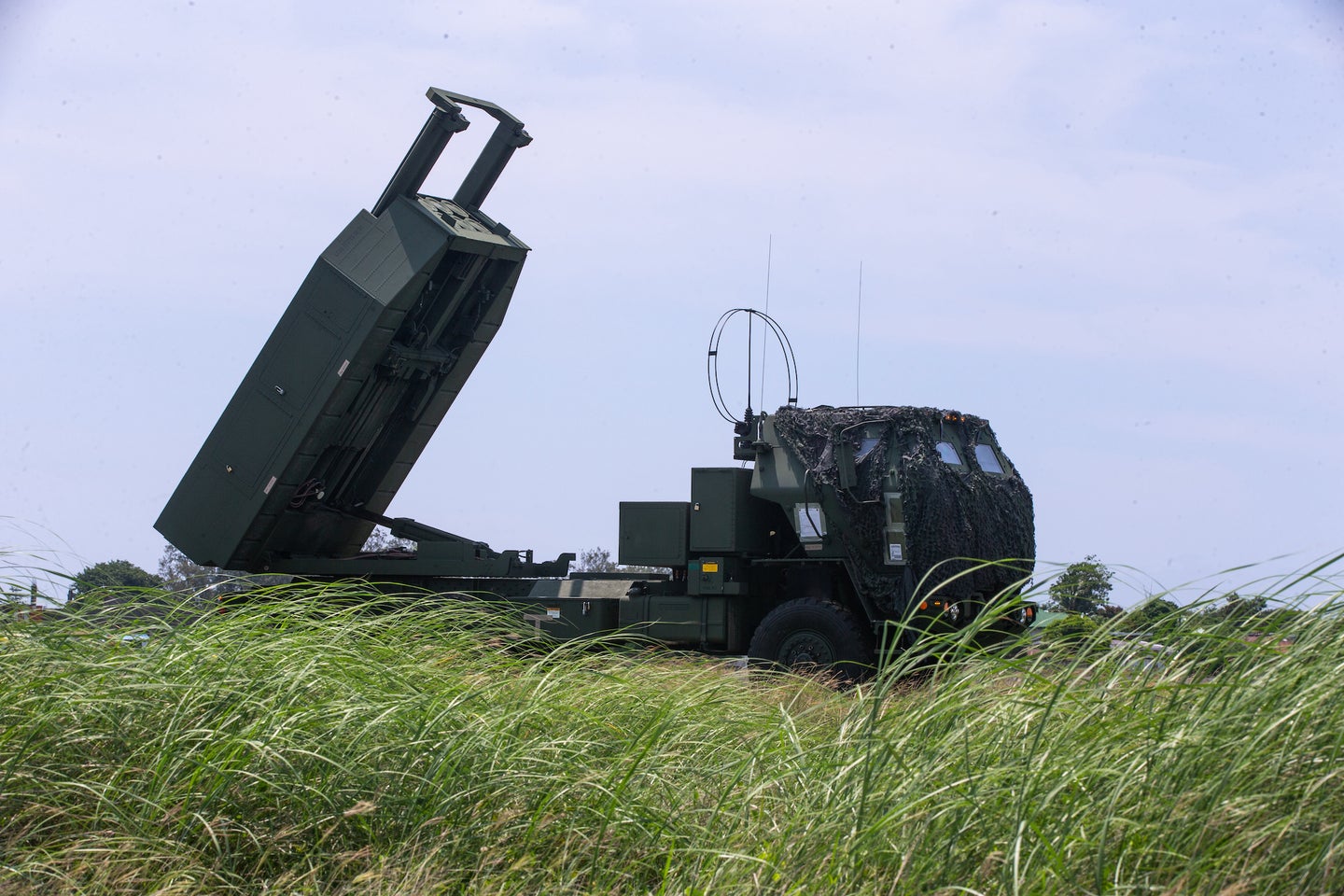 A High Mobility Artillery Rocket System in the Philippines in June, 2022 as part of an exercise. US Marine Corps / Ujian Gosun
SHARE

On June 23, the Department of Defense announced it was supplying four High Mobility Artillery Rocket Systems, or HIMARS, to Ukraine. These systems, which will join the four already sent to the country, are part of an ongoing effort to bolster its military in its fight against the Russian invasion. Eight artillery systems might seem small in the scale of a war that has killed thousands of people in just months. But HIMARS is a specific kind of artillery, and understanding rocket artillery is crucial to understanding how this particular stage of the war is being fought.

The additional HIMARS were part of a broader $450 million aid package, part of a cumulative effort of over $6 billion sent to the country. As enumerated by the Pentagon on June 24, this aid also includes over 1,400 Stinger anti-air missiles and over 6,500 Javelin anti-tank missiles. These weapons, while potent, have two big limitations: They are short range, and they are carried by soldiers into battle. A Stinger or a Javelin is effective if the soldiers can survive to get close enough to the enemy vehicle to use it, but artillery poses a big threat to soldiers on foot, and even in vehicles.

What is a HIMARS?

Developed by defense giant Lockheed Martin, the HIMARS is a rocket launcher mounted on the back of a dedicated truck. The HIMARS can carry six Guided Multiple Launch Rocket System (GMLRS) rockets, which each have a range of more than 43 miles. Other ammunition can extend that range, but even with just the baseline rockets for it, the HIMARS can greatly outrange towed artillery. Other kinds of ammunition can greatly extend that range, but US supply to Ukraine is firmly limited to just the 43-mile ranged ammunition.

While towed artillery can be set up, fired, and then driven away from where it fired, self-propelled artillery like the HIMARS lets the vehicle drive away immediately after firing, taking full advantage of its range and mobility to attack enemies and escape retaliation.

Each rocket carries a 200-pound explosive warhead, which is powerful enough to destroy a building, a group of soldiers in the open, other artillery, and any vehicle unfortunate enough to be hit. By firing a salvo of up to six rockets, a HIMARS can attack a whole armored column, blast a hole through a front line, or cause tremendous damage to an enemy camp near but not on the front line.

One possible use for the HIMARS is to shoot beyond the front lines and hit supply depots, hobbling the ability of Russian forces to resupply themselves close to the fighting.

How long does it take to train a HIMARS crew?

The HIMARS is still a human-driven and human-operated system, and delivering a weapon also means training a crew on how to use it in combat. Lockheed Martin says it takes a three-person crew to operate in combat, though the whole apparatus of training, resupplying, and ensuring there’s a durable artillery corps can involve many people.

Speaking to the press on June 27, a senior defense official said: “So in this case for the HIMARS training, you know, [it takes] a couple weeks.”

What about other artillery?

While HIMARS is the headlining artillery item, the United States has also provided Ukraine with 126 155mm howitzers and 260,000 rounds of ammunition for those howitzers. These are towed artillery, pulled into place by a truck and then set up to fire. These weapons can launch explosives at targets 14 miles away, further if the artillery shell is rocket assisted. This range makes artillery potent and powerful, and the mobility provided by trucks allows crews to “shoot and scoot,” moving away from a firing location before return fire can hit.

Both Ukraine and Russia inherited arsenals from the Soviet Union, which built a massive military that was heavy on artillery. That shared heritage meant that both countries used the same kind of 122mm and 152mm artillery pieces and ammunition. (Artillery pieces, like other guns, are measured by caliber, or the internal diameter of the gun barrel.) As the Washington Post reported, Russia was able to take advantage of this shared supply need by both targeting Ukrainian ammunition stockpiles and by buying up ammunition held by other countries.

As Ukraine switches to incorporating more US and NATO-made artillery pieces, its military is also transitioning into a different kind of targeting logic. Much US artillery relies on not just targeted salvos but guided shells, and the Pentagon is training Ukrainian forces to use Excalibur rounds, which can hone in on GPS and fall within 7 feet of the coordinates provided.