The US Army's latest investment in Microsoft HoloLens tech, explained. 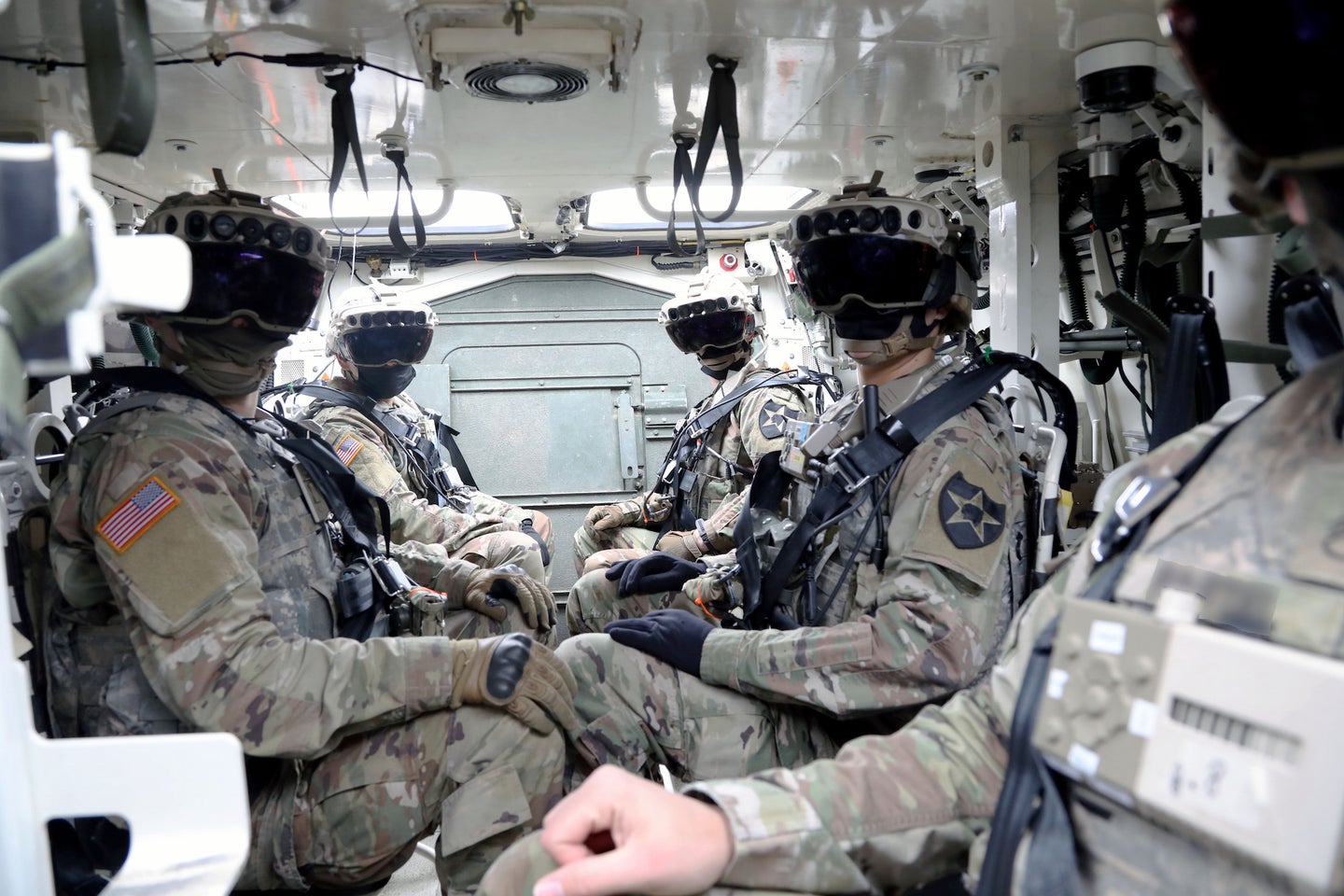 There is more to know about the world than the human eye can perceive, and the US Army wants soldiers to see more of it. To that end, the Army awarded a contract worth up to $21.88 billion over 10 years to Microsoft for 120,000 augmented-reality headsets. It’s a massive bet on not just the idea of a data-rich environment for future wars, but on making that data useful down to the level of private.

The contract, first reported by CNBC on April 1, is the culmination of a years-long process for Microsoft adapting the HoloLens augmented-reality headset to military purposes. In military use, the headset is called the Integrated Visual Augmentation System (IVAS). It combines a computer, an array of sensors, and a wide lens with internal display to produce, share, and enhance information for the person wearing it.

The Army has refined what it wants from IVAS since at least 2018. This includes adjusting the design based on soldier feedback with prototypes, like scaling back the range of low-light vision from 3,000 feet to 900 feet. That change made the device lighter while matching actual need. The IVAS goggles also expanded the field of vision from 40 to 80 degrees, allowing soldiers using low-light vision to see more of their surroundings.

Another signature feature of IVAS is the ability to see “through” vehicles, by sharing the video recorded on external cameras with the soldier’s headsets. This can let troops riding inside an armored personnel carrier have a better sense of their surroundings while traveling and when dismounting. It also means that soldiers on foot could, so long as the connection remains strong, see video from cameras on the other side of a vehicle as they walk alongside on patrol.

To some degree this capability already exists in the force. The cameras mounted on vehicles can share video with hand-held tablets carried by soldiers presently. What makes the IVAS so different is that it lets a soldier access that same information without fiddling with a tablet.

Other features, inspired by or at least parallel to developments in video games, can appear on the soldier’s headsets.These include the most basic, like a compass rose, or the more advanced, like indicators of where other squadmates might be. Plans to eventually include facial recognition could come as software updates to already fielded headsets.

The video game nature of these advances is no accident. HoloLens, the technology on which IVAS is built, was originally made by Microsoft as a tool for both education and gaming.

Adapting the same technology for military purposes was jarring for some of the workers that built it. When Microsoft and the Army announced a partnership on prototypes of the IVAS system in 2018, workers at Microsoft published a letter to the CEO, stating explicitly that they “did not sign up to develop weapons, and we demand a say in how our work is used.”

In response to the letter, Microsoft CEO Satya Nadella said: “We made a principled decision that we’re not going to withhold technology from institutions that we have elected in democracies to protect the freedoms we enjoy.”

In a real sense, the Army’s adoption of IVAS, built on existing commercial technology, is an adaptation of dual-use technology. A HoloLens is not a weapon on its own, but when the heads-up display plugs into a camera attached to a scope on an assault rifle, it at least becomes weapon-adjacent. That reality is further compounded when the headset includes targeting information. It is not hard to imagine the headset’s cameras identifying people and labeling them lawful combatants.

[Related: Is This HoloLens Game The Future Of Crime Fiction?]

Before the IVAS headsets get used in battle, they will be a tool for training. When IVAS was launched in 2018, Secretary of Defense James Mattis described part of the goal as allowing soldiers to fight “25 bloodless battles” before fighting a real one. Using the augmented reality headsets, complete with cameras collecting data about how the soldiers move and fight, will let the military improve its training in entirely virtual environments, as well as in simulated testing zones that combine physical and virtual features.

The IVAS headset, as wearable tech, slots into the long tradition of humans augmenting themselves to be better for battle. By adding information right in the soldier’s field of vision, in a way that is ideally useful but not distracting, the effect is to give the person wearing it just enough of an edge in battle that they can win the immediate fight, and then the next one. Thanks to the data it collects, and the ability to train future military software on that data, the IVAS won’t just help one soldier learn from battlefield experience. It will help the entire Army learn from every fight. Provided, at least, that the data is collected, that the sensors aren’t spoofed, and that the information it collects is grounded in reality.