Twitter’s changing up the way you see tweets

Say goodbye to the “disappearing tweet” with the platform’s new web update. 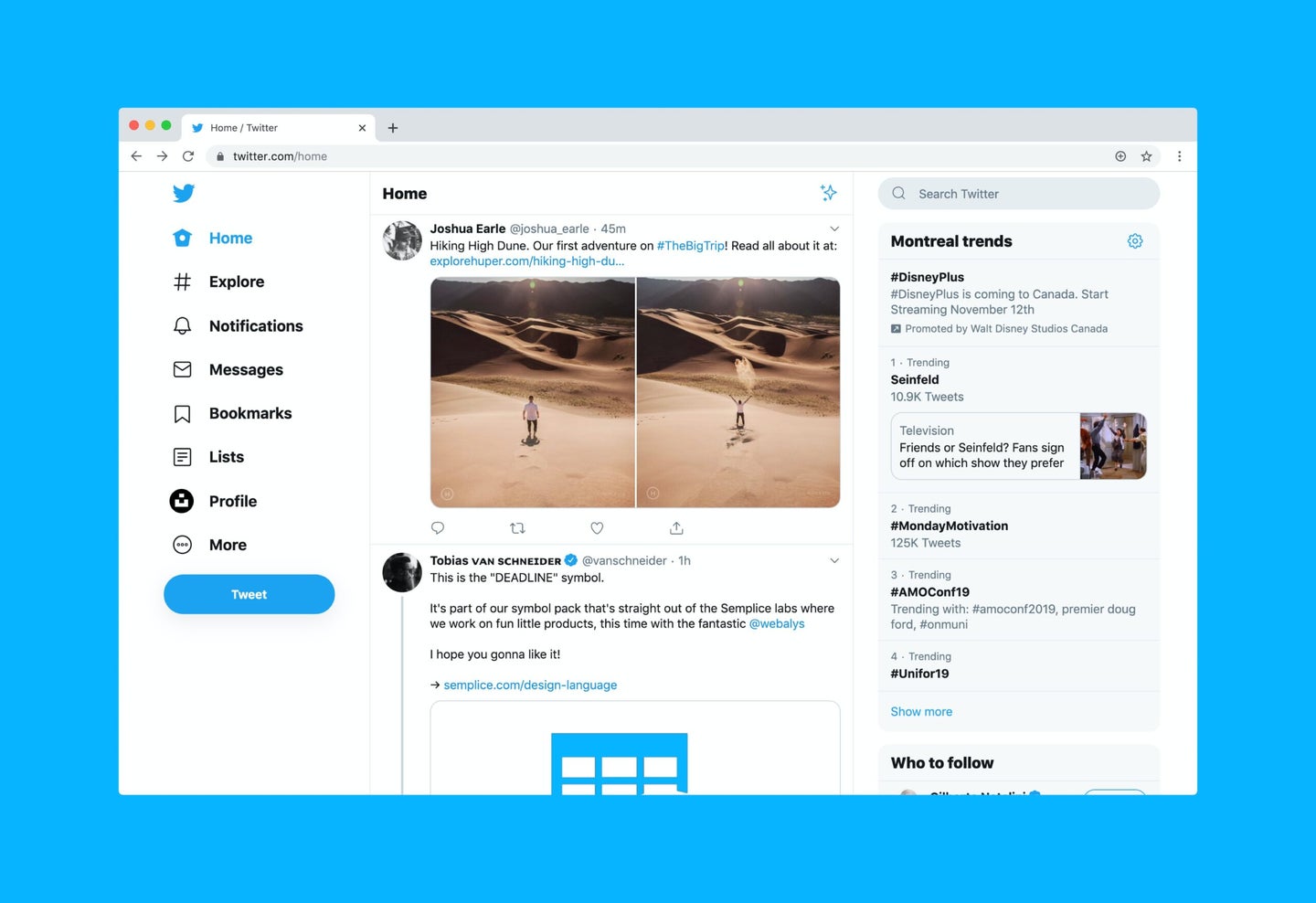 If you’ve ever been in the middle of reading a tweet only to lose track of it as the timeline auto-refreshes, Twitter’s got some news for you. The platform announced Monday that its latest web update addresses this issue by allowing users to choose when they want new tweets to load. Now, when you’re ready for a timeline refresh, you can just click the tweet counter bar at the top of the screen.

The company posted the news on—you guessed it—Twitter, following up on an earlier note recognizing disappearing tweets as a “frustrating experience” the company was working to change.

“A Tweet would move up the timeline as replies were added to the ongoing convo. Since some convos can evolve quickly, this made it so you didn’t see the same Tweet repeated in the TL,” Twitter posted in September. “Our changes will keep your TL fresh and keep Tweets from disappearing mid-read.”

The company also announced Monday that it acquired Threader, an app that helps streamline reading and sharing series of tweets. Nick Caldwell, Twitter’s Vice President Of Engineering, fittingly welcomed Threader’s co-founder, Marie Denis, to the company with a thread.

[Related: Grab your popcorn: MoviePass is planning a comeback]

As part of Twitter’s Longform team, Denis and her colleagues from Threader will “help build better, more frictionless ways for people to read long threads through features like Reader on @TwitterBlue,” Caldwell explained. Twitter Blue, one of the platform’s newer offerings, is a paid subscription that unlocks features including the ability to create bookmark folders and undo tweets—which allows users to revise and preview their post before it goes live. The “Reader” mode Caldwell mentioned provides a similar experience to Threader, reformating tweet threads to read more like a text article. (In a blog post about the acquisition, Threader’s founders said that its own tool will be shutting down in December).

Twitter has also been teasing a series of other features that they’re testing, including prompts that will warn users about “heated or intense” threads and “communities,” which are seemingly Twitter’s take on Facebook groups. Meanwhile, the new timeline refresh option and Twitter Blue are now available to all US users.