Learning from New York's experience, they will not have in-kiosk web browsing capability 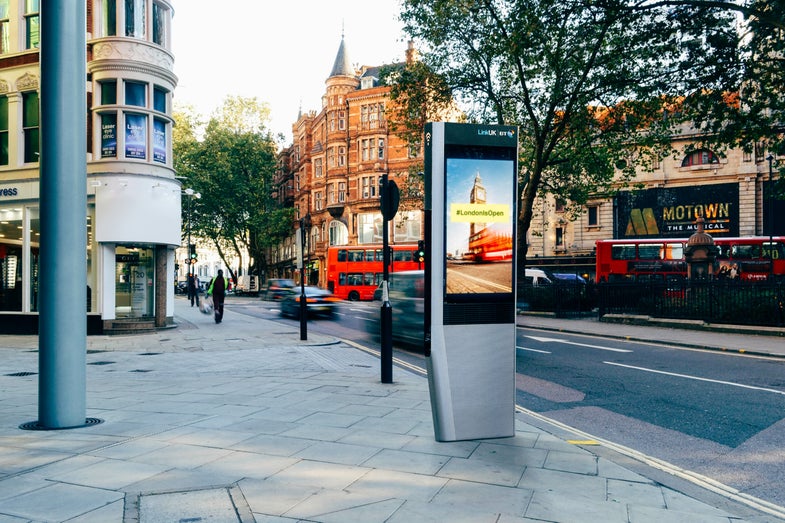 Many of the UK’s iconic red telephone booths may not be around for much longer. Starting next year, BT will start replacing London telephone booths with WiFi terminals. These sidewalk kiosks will allow people to charge their phones and access high-speed wireless internet for free. Intersection, the company behind the LinkNYC WiFi kiosks, is collaborating with BT and Primesight, a UK outdoor advertising company.

Learning from the experience with New York’s terminals, BT has opted not to make it possible for users to browse the internet on the kiosk itself. After complaints that people were monopolizing the New York kiosks for long periods of time, whether listening to music or viewing pornography, the browsing feature was disabled.

“Complaints from long-term users are down 96 per cent in NYC since the browsers were removed,” Yusuf King of BT’s press office told Popular Science.

In addition to WiFi and charging capability, the kiosks will provide users with local maps and services, directions, and free phone calls. The devices will be funded by advertising revenue from the digital displays. 100 of the kiosks are expected to be installed next year, with 750 planned for the next few years.