Driverless Bus Gets Into Fender Bender In Switzerland 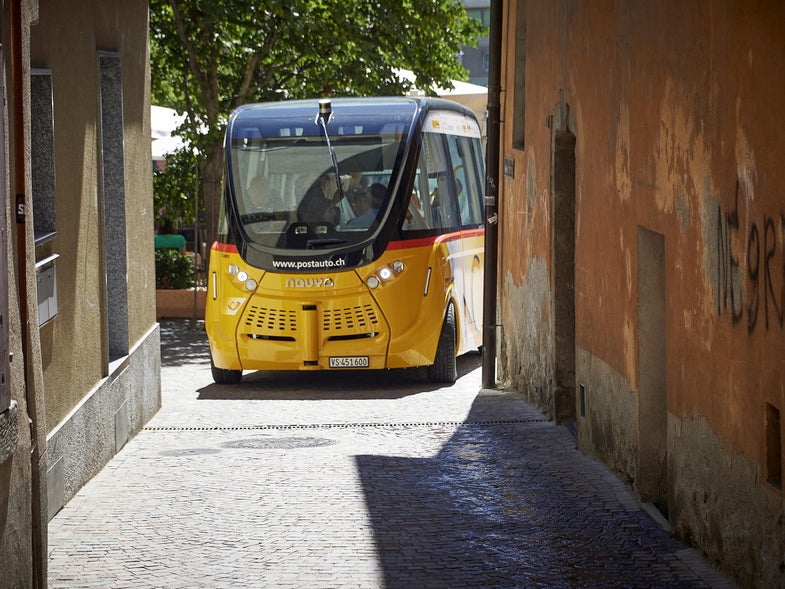 Robots, too, can be bad drivers. As the world prepares for the coming future of driverless cars, there are bound to be a few accidents. Launched this summer, a trial of PostBus driverless shuttles in Sion, Switzerland was expected to continue through October 2017. Instead, one of the two shuttles hit a parked van earlier this week, sending the whole trial into a screeching halt.

The problem echoes that of previous driverless car accidents, where sensors were blind to an unusual circumstance. In February, a Google driverless car was ruled at fault in a crash, as it changed into a lane prematurely and collided with a bus that did not see it signaling. When a Tesla car on autopilot crashed and killed its owner in the United States, it sparked a Federal investigation. The Tesla crash, where the car collided with a trailer crossing the road, was likely because the car’s sensors couldn’t tell the white side of a trailer apart from the blank space of the sky, and failed to stop in time.

So it is with the Swiss shuttle. The slow-moving vehicles (traveling no faster than 12 mph) can carry up to 11 passengers and are monitored remotely. The crash, as it was, appears to be minor, the kind of error that would be wholly unsurprising with a student driver, yet stands out thanks to the technology involved.