China is using furnaces to manufacture 10 billion tons of rain

Plans for thousands of chemical rainmakers in the Tibetan Plateau. 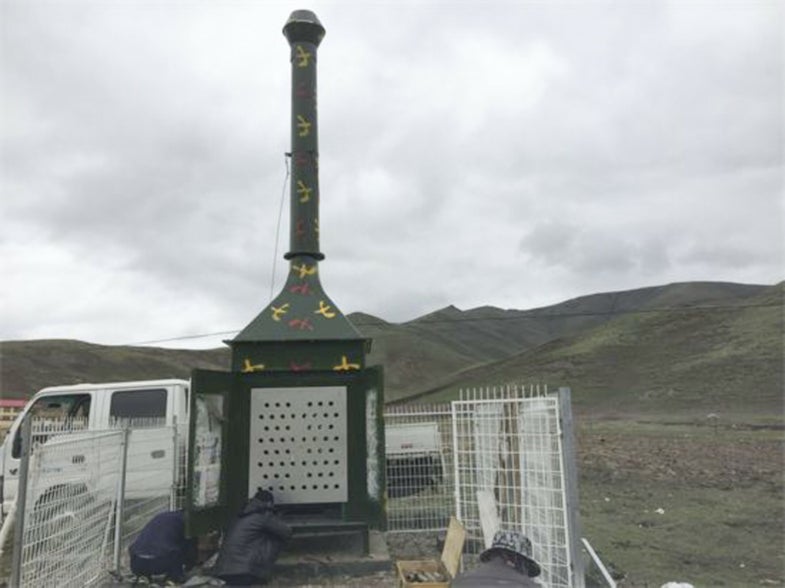 The furnaces are designed to operate in high-altitude, low-oxygen environments, burning fuel so the silver iodide-spiked exhaust is carried up into the atmosphere to mix with clouds, crystalizing into ice droplets that induce rainfall. Maduo County Government
SHARE

In an effort to solve some of the country’s water shortage problems, China is building tens of thousands of chemical rainmakers. The goal: manufacture 10 billion tons of rainfall on the Tibetan Plateau. 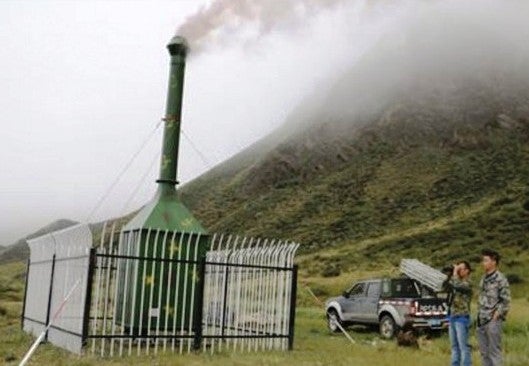 The silver iodide furnaces developed by the China Aerospace Science and Technology Corporation (or CASC) will be placed on Himalayan mountains at altitudes above 16,400 feet. These “cloud seeders” encourage puffs of vapor coming from the Indian Ocean to produce rain, something they don’t do on their own given the geography of the northern part of the Tibetan Plateau and the Qaidam Basin. Those northern areas fall into a “rain shadow;” low-altitude clouds are blocked by the southern part of the Himalayas. 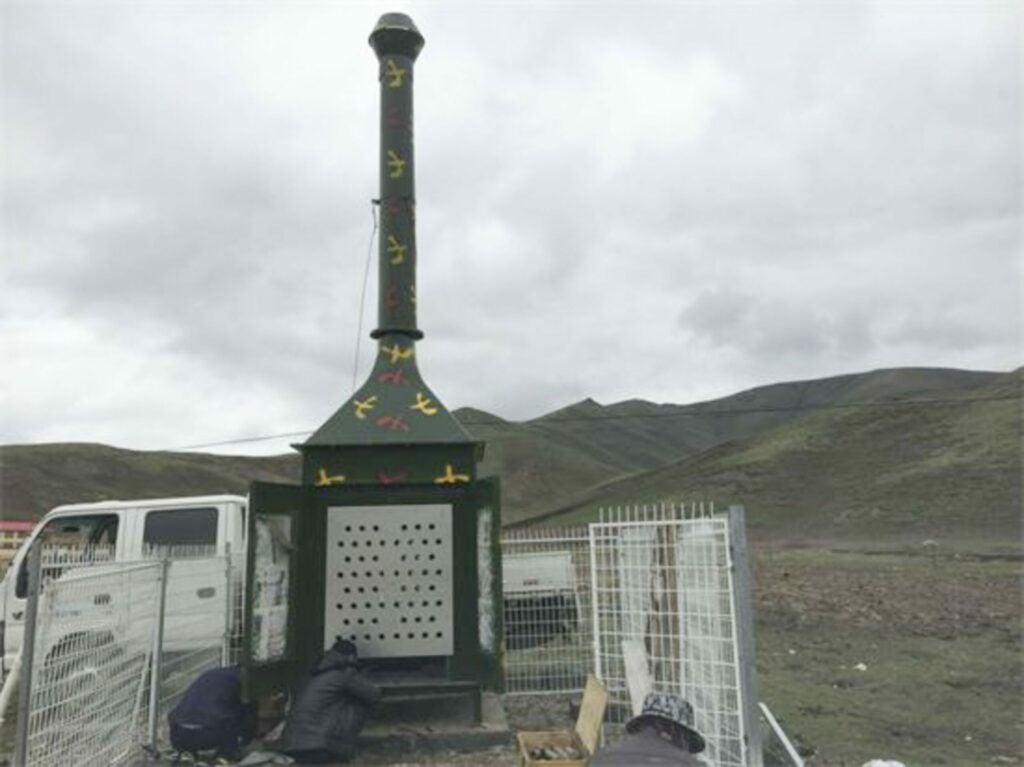 Secrets of the high-altitude furnace

The furnaces are designed to operate in high-altitude, low-oxygen environments, burning fuel so the silver iodide-spiked exhaust is carried up into the atmosphere to mix with clouds, crystalizing into ice droplets that induce rainfall.

But how does it all work? To induce rainfall, the furnaces burn chemical fuel to produce smoke laced with silver iodide. When that silver iodide rises and mixes with clouds, it crystalizes, setting off a chain reaction that precipitates, well, precipitation. To increase efficiency, the rainmakers will be plugged into a computer network that uses weather satellites to time the release of silver iodide during periods of cloud coverage. 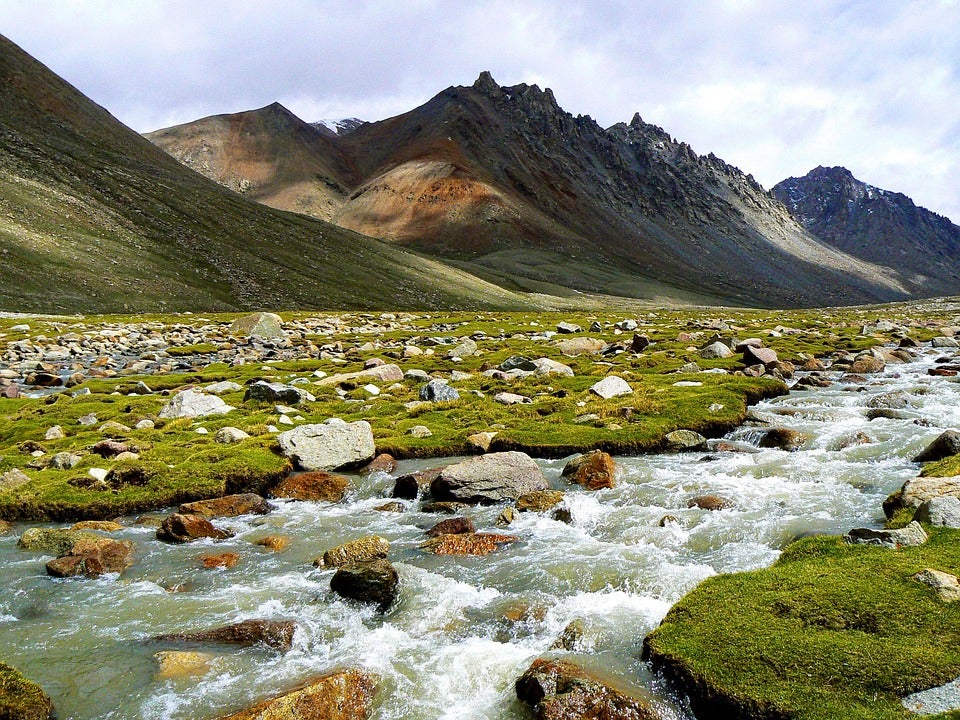 This relatively lush Himalayan valley could soon be gushing with even more water if China’s weather control ambitions are realized.

Such weather modification has a history of success, just not on such a grand scale. China already has deployed hundreds of rainmakers in Tibet, with promising results including individual rainmakers generating clouds up to 5km in length. If the project proves a success, the 10 billion tons of additional rain will be useful not just in the Tibetan plain, but for China’s other water plans, which include the South to North Water Transfer project, taking water from the Yangtze River to the Yellow River (both rivers originate in the Himalayas and would benefit from the rainmaking) and irrigating deserts in the Tarim Basin (which is north of Tibet). The use of such plans also feeds into a growing need for new water supplies, driven by global climate change melting the Himalayan glaciers that supply much of Asia’s fresh water.