'Everything about the plane is kind of hard to do.' 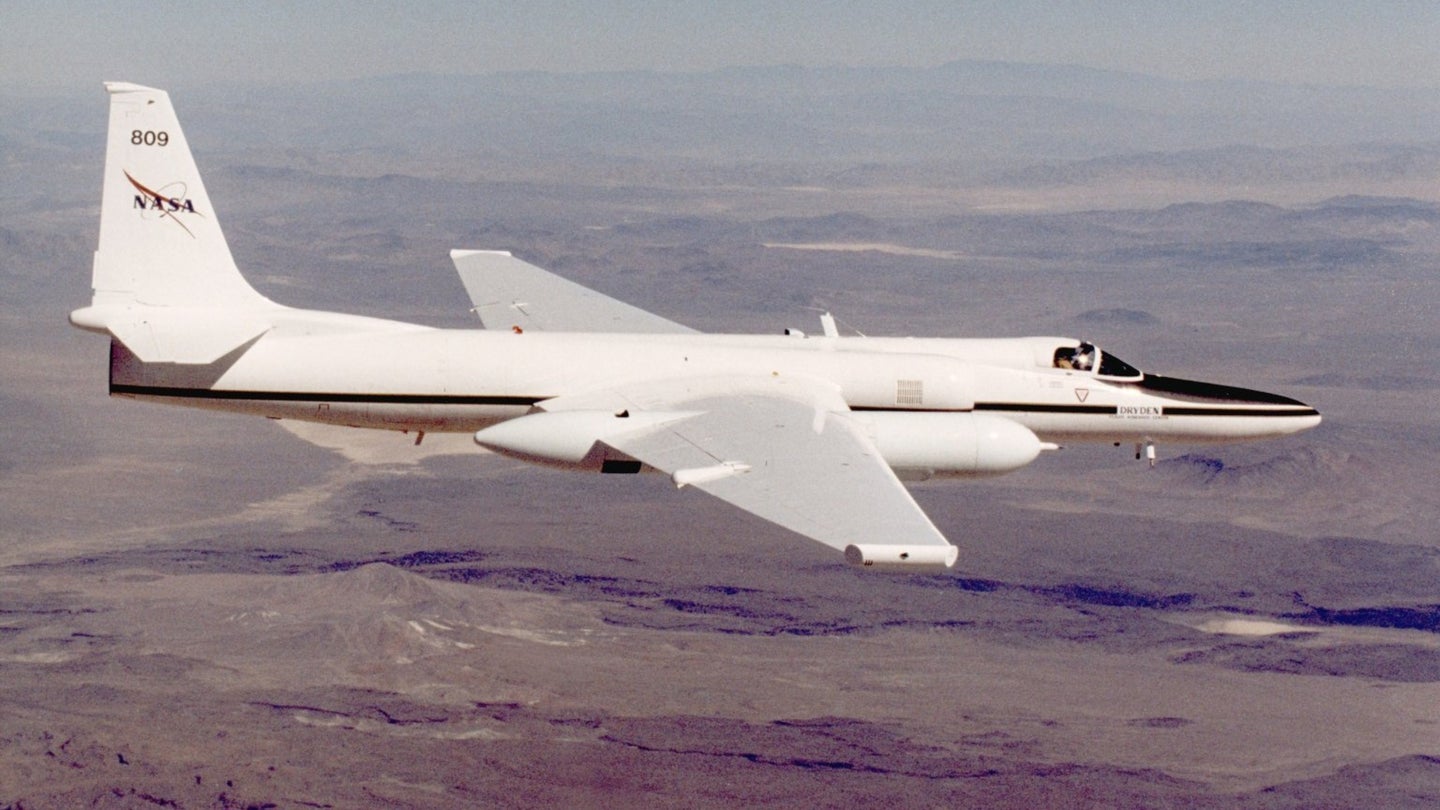 This article was originally featured on Task and Purpose.

Located just north of Atlanta, Georgia, Dobbins Air Reserve Base is usually home to C-130 transport planes. But for the next few weeks, the base will host an unusual guest: a white-painted jet that can fly for more than half a day at the edge of space.

The ‘Earth Resources 2’ jet is used by NASA for studying hurricanes, testing satellite systems, and a range of other scientific purposes. Military aviation observers may be more familiar with its cousin, the all-black Air Force U-2 spy plane that has collected intelligence photos for the U.S. government since the 1950s.

Turns out, the so-called ‘Dragon Lady’ is good for more than just collecting information on enemy forces: it is also great at studying the forces of nature.

“NASA ER-2s have played an important role in Earth science research because of their ability to fly into the lower stratosphere at subsonic speeds, enabling direct stratospheric sampling as well as virtual satellite simulation missions,” NASA says of the jet.

It makes sense that a spy plane works well as a science plane. After all, part of the reason why the U-2 is still in Air Force service 67 years after its first flight is due to its adaptability. The aircraft is basically a massive glider that can carry large payloads of sensors, cameras and other tools for gathering information.

“It’s just a glider with a big motor stuffed up its ass,” a former U-2 pilot, retired Col. Michael “Lips” Phillips, said on the Fighter Pilot Podcast in October 2020. “The reason it’s still used every single day is all the crap that we got on the most sophisticated spy satellites in the world can be put on a U-2. And the bad guys don’t know when it’s coming.”

Unlike satellites, which travel in predictable orbits around the Earth, the U-2 can fly whenever it is needed at a very high altitude. The U-2 often flies at 70,000 feet (13 miles) and above, while commercial airliners usually fly at around 31,000 and 38,000 feet (6 to 7 miles), according to Time. That high up, you can see the curve of the Earth, the movement of the night sky across the planet, and the tiny shapes of airliners beneath you, one U-2 pilot, identified only as Maj. Chris, said in 2020.

Meanwhile, the ER-2 usually flies between 20,000 to 70,000 feet, NASA wrote. At that altitude, the ER-2 can test out the sensors that scientists want to use on satellites, which means they can find and address any bugs in the system without the cost of launching a faulty satellite into space.

The ER-2 has deployed to six continents to study everything from global warming to ozone depletion, according to NASA. That work benefits not just the space agency, but also the U.S. Forest Service, Environmental Protection Agency, the U.S. Fish and Wildlife Service, and the Army Corps of Engineers.

The agency used to operate straight-up U-2s starting in 1971 until it acquired its first ER-2 in 1981, followed by the second in 1989. Together the U-2s and ER-2s “have flown more than 4,500 data missions and test flights in support of scientific research,” NASA wrote.

The ER-2 flies at altitudes where the air pressure is so low that an unprotected pilot’s blood would literally boil. To prevent that, ER-2 pilots wear pressurized suits that are nearly the same as the ones worn by NASA astronauts on the way to orbit and back, ER-2 pilot Donald “Stu” Broce told WIRED Magazine in 2017.

Broce, who used to land F-14 fighter jets on aircraft carriers as a Navy pilot, said flying the ER-2 is a difficult task.

One of the odd things about the ER-2 is the pair of wheels that keep the plane’s huge wings off the runway. When the plane takes off, the wheels are designed to fall away and not be used again until the next flight.

Once airborne, the flight itself can last eight, 10 or even 13 hours, as Broce has experienced. To stay energized, pilots bring an edible substance similar to baby food, which they eat through a tube that connects to their suit helmet.

The suit may sound uncomfortable, but there is quite an office view.

“The views are beautiful, there is no weather, you see the curvature of the Earth,” Broce said.

The most difficult part of flying the U-2 and the ER-2 comes at the end of the long flight, where pilots have to bring the lumbering aircraft to a stop using just the two wheels arranged bicycle-style on its belly, a dicey proposition even for a former carrier pilot.

“Every plane in the world, at some point in the landing you can give up and relax and you’re done and all you have to do is roll out and use the brakes,” Broce told Flying Magazine in 2015. “The U-2 wasn’t like that at all. You have to fly the plane until it stops on the runway. And it doesn’t handle crosswinds well and it’s on bicycle gear.”

To help with the landing, a fellow U-2 or ER-2 pilot in a chase car pursues the jet down the runway, guiding the landing pilot to a halt. For the next few weeks, airmen at Dobbins will get to enjoy that sight as the ER-2 there returns from missions tracking severe weather. The ER-2 will be based there until about March 5, the base said in a press release.

Whether it is climate change, the ozone layer, the nuclear-armed Soviet military or other things that could end all life on earth, the U-2 and the ER-2 always seem to be around to keep an eye on it for the U.S. government. The aircraft will likely continue to do so for the foreseeable future.

“The handful of airplanes that we have, we’ve got about three dozen left, they fly every day,” Phillips, the retired U-2 pilot, said in 2020. “Somewhere in the world, some agency of the government needs something, and the U-2 flies all the time.”

Special thanks to The Flyby newsletter where we first learned of this story.