This weird-looking plane could someday be a fast, clean option for air travel

The Celera will slice through the air efficiently and be as affordable as flying commercial—hopefully. 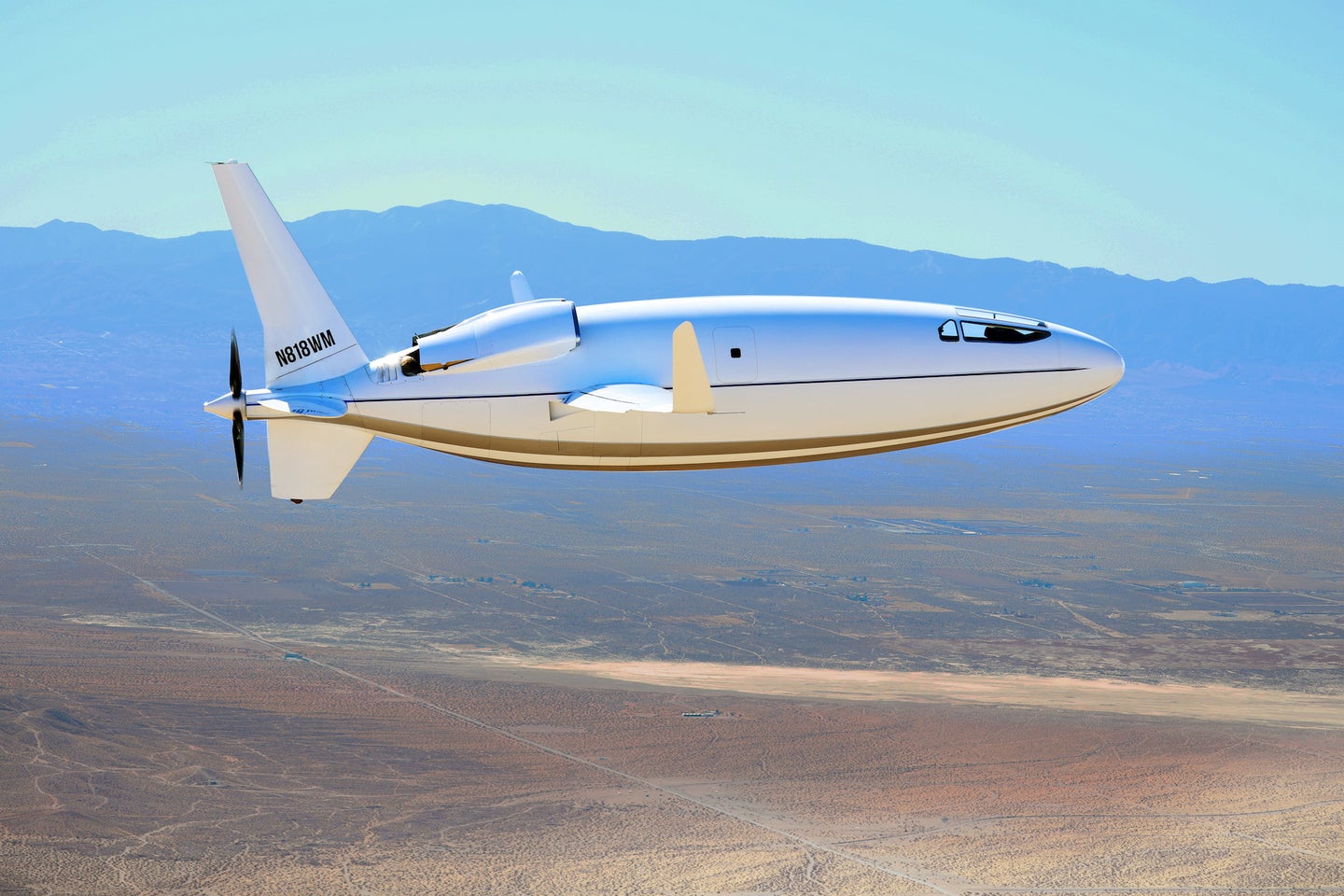 It measures some 37 feet long and boasts a wingspan of 52 feet. Otto Aviation
SHARE

The Celera 500L is a strange-looking aircraft that its creators hope will change the way some of us fly. Its fuselage resembles a sleek blimp, or maybe the noggins of the Coneheads of Saturday Night Live yore. Odd as it may appear, this experimental aircraft has completed 31 flights so far, all of them out of California.

Someday, a production version will hopefully seat six passengers and include windows, which the prototype lacks. But the idea behind it is compelling: the plane will be so fuel-efficient that it will be comparably inexpensive to operate. It will boast a long range and fast cruising speeds, too—more than 460 mph. Ideally, a passenger could use it to fly somewhere and skip the slog to a big airport, where long lines lead to crowded Boeing and Airbus interiors.

The Celera is “a combination of an extremely efficient aerodynamic body and very efficient propulsion system,” says Bill Otto, Jr., the CFO of Otto Aviation, the company behind the aircraft. The goal, he says, is to be able to “fly between any city pair in the U.S.,” while remaining “cost-comparable and time-comparable to commercial airlines.” The company’s chief scientist and founder is Bill Otto, Sr., a physicist who was an engineer on the guidance system for Minuteman missiles with North American Aviation; he also worked with torpedos and bomber avionics.

One of the main ways the plane aims to be so efficient is by keeping the air flowing smoothly over the fuselage for as long as possible. More specifically, they’re aiming to achieve something called laminar flow. “Broadly speaking, laminar flow occurs when the air follows very smooth layers, and doesn’t tend to mix across layers,” says David Bogue, the CTO of Otto Aviation. He compares that phenomenon with what you might see happening in a river when the water hits a piling, which is a pole that supports a bridge. “Laminar flow is where the water goes smoothly across the piling,” he says.

Then imagine a raging river where the water smacks into the piling and becomes turbulent. That turbulent water—or turbulent air, in flying—is what the makers of the Celera want to avoid. (To help remember the term, consider that “laminar” is similar to the word “lamina,” which relates to layers; the word “laminate” isn’t too different either.)

The current Celera measures some 37 feet long and boasts a wingspan of 52 feet—about 16 feet longer than a Cessna 172. Its distinctive design is to help it maintain laminar flow over as much of the aircraft as possible. That’s why the plane’s fuselage has its blimpy shape, and why the wings are located towards the back. The wings make lift happen, but also disrupt that smooth air over the fuselage. “It’s like a sledgehammer to the flow,” says Bogue. The propeller sits in back for the same reason—a prop in the front would be unfriendly to smooth flow.

It’s not all about laminar flow, however. The aircraft sports long, narrow wings, which helps them cut down on a phenomenon known as induced drag. NASA has been studying something similar, with trusses that support lengthy wings to keep them from fluttering. And the new Boeing 777x has long enough wings that if they didn’t fold at the tips, they wouldn’t be able to fit into a standard airport gate.

Lengthening the wings to boost their efficiency isn’t a radical new idea. “The glider community has known for many, many years—all the way back to the 1930s maybe—that long, slender wings were more efficient than short, stubby wings,” observes Ella Atkins, a professor of aerospace engineering at the University of Michigan.

The Celera currently isn’t fly-by-wire, meaning that it relies on an old-school setup in which controls are mechanically linked to the surfaces on the airplane that move. That leads Atkins to wonder: “What kind of automation are they [the aircraft] going to have?”

Still, despite that question and others about the craft, Atkins says she’s rooting for them. “Unquestionably, aviation needs to become more green over time if we are to become good citizens,” she says.

Otto Aviation is shooting for a fuel economy of 18 to 22 miles per gallon, while other aircraft they’re competing with sport rates of around 3 to 4.5 mpg, according to Bogue. (Of course, when talking about airline fuel efficiency, it makes sense to consider how many people are on board.)

“We want to provide an aircraft that will allow people to enjoy the benefits of private aviation,” but with the same prices as a commercial ticket, Bill Otto, Jr, concludes. “That’s really what our mission is.”

William Crossley, the head of Purdue University’s School of Aeronautics and Astronautics, says that the Celera certainly isn’t the first smaller airplane aiming to be cheap enough to use frequently. “General aviation has tried to do this for a long time—tried to make an aircraft at a price point that makes it something that could be everyday transportation,” he says.

But making a plane with good laminar flow can be tricky at scale, he notes. “Sometimes, it’s harder to manufacture,” Crossley says. “You need to keep the surface of the aircraft pretty pristine—you need to be careful that you don’t dent the skin.”

Even a bunch of bugs squashed onto the plane could mess things up, hypothetically. “It’s more sensitive if you design the aircraft for laminar flow,” he reflects.

The current prototype is just that: a prototype. It’s not a production aircraft yet. “As an aircraft designer, seeing new and different designs, and then actually seeing them work, is really exciting,” Crossley concludes. “So if they can pull this off in a production vehicle, that would be really neat.”