Does reading an e-book make us happier than playing a video game? The answer is complicated. 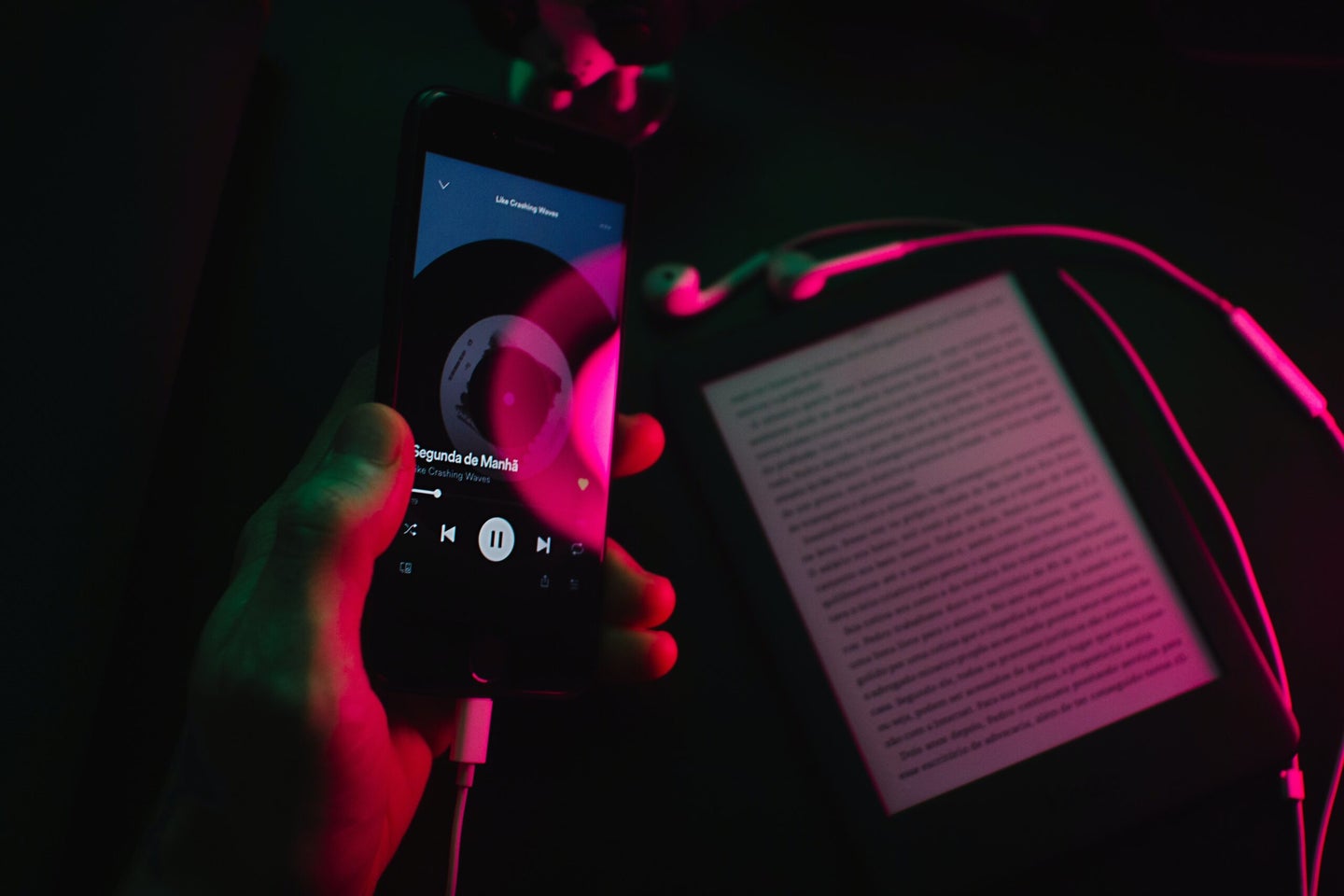 Traditional media like music and e-books had very little impact on our well-being, on average. @felipepelaquim / Unsplash
SHARE

Media consumption spiked during the pandemic. E-book sales were up. Audiobook downloads rose 16 percent in 2020 compared to 2019. Streaming—both for games and content on television—as well as people’s general presence online increased. As more of our lives migrated online, digital technology offered a panacea for some, allowing them to connect with friends and family, while at the same time it overloaded others.

Scientists wondered how this change in media use impacts well-being. Niklas Johannes, a postdoctoral researcher at the Oxford Internet Institute, and his colleagues, were curious about whether different forms of traditional media—which they considered to be music, TV, films, video games, e-books, digital magazines, and audiobooks—had pronounced impacts on well-being and life satisfaction.

More specifically, the resulting study that his group published in Scientific Reports last week aimed to examine how people felt after consuming various forms of traditional media. They concluded that the positive benefits of ingesting traditional media was “too small to matter practically,” and that “the broad, net effect of traditional media is similar to that of social media.”

Although the study was relatively small, the effects they did see were pretty uniform across the different types of traditional media. “The effect of playing video games wasn’t really that different from the effect of reading books,” Johannes says. (They measured averages, which could discount the nuances that exist between different books and how they make us feel—we’ve all read books that we really liked and books that we can’t stand.)

The data they used drew from a survey of 2,157 participants in the United Kingdom 16 and older that was conducted in April and May 2020 during the first lockdown. The survey asked participants “how much did you use those different types of media over the past week” and “how have you felt recently?”

This was done six times over six weeks. And over this time period, they compared how different types of traditional media affected self-reported short-term happiness or anxiety levels, and long-term perceptions about overall life satisfaction.

Those who reported engaging with music, TV, films, and video games appeared to feel slightly worse in the short-term than those who did not. But, Johannes notes that these are associations, so they don’t show the direction of the effect. It’s a classic case of correlation versus causation: It could be that listening to music makes you feel worse, or it could be that when you feel bad, you want to listen to music to pick yourself up.

In the short-term, people who used some form of media reported feeling ever so slightly more anxious and unhappy compared to those who didn’t use any media in the study period. But when it came to evaluating how they felt about the quality of their lives in general, media and non-media users reported similar levels of life satisfaction.

As a takeaway, Johannes says that this view that traditional media are better for us than something like social media is really not warranted. “Our findings and measures are relatively coarse,” he says, “but if [the more traditional media] were truly so great for us, then you would be able to pick something up. And we weren’t able to pick anything up other than super tiny effects.”

The next step for the team would be to look at what people actually do and why they do it. To study media consumption habits granularly (what people were actually reading, listening to, watching, playing, and when) would require better, more accurate data.

“There’s quite a lot of error in measuring [self-reported data],” says Johannes. “If you compare it to a log from your phone that measured podcasts, those would be kinda different.”

The more challenging part further down the line would be combining these detailed accounts with the motivations that people may have when deciding to read a book or watch a show. “It might be a vastly different effect if you enjoy hate-watching something,” says Johannes, which he describes as a film that people say they dislike, but also makes them feel good. “That’s something that wouldn’t show up in a data analysis.”