The iPhone was announced 10 years ago. Here’s how Twitter reacted back then. 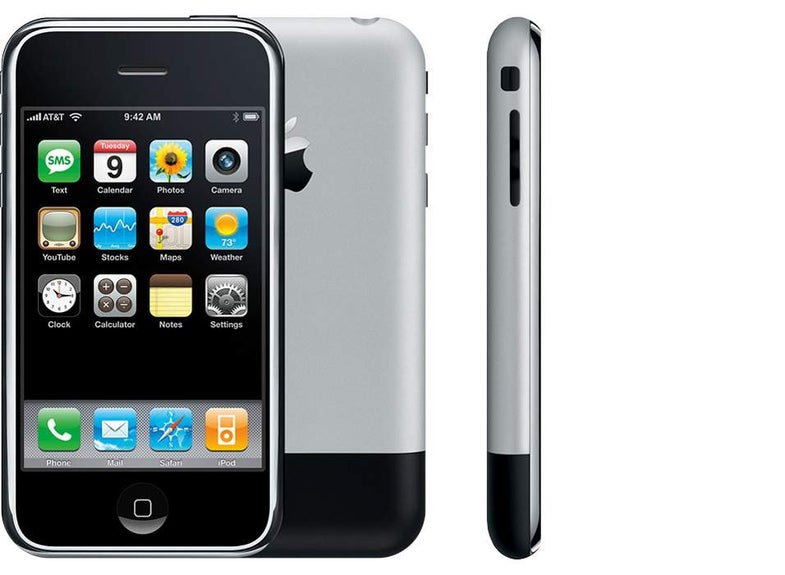 10 years ago today, Steve Jobs dazzled the world with the very first iPhone. Despite the fact that the presentation could have gone very wrong, it went off without a hitch. How did the world react to that historic day? Let’s take a look back in time, when tweets looked like old-school Facebook statuses and Apple keynotes went online as Quicktime presentations:

just looked at the Quicktime presentation of the iPhone and is utterly astounded.

Of course, many people were excited for the new device—

—even if they knew it meant ending some longterm phone relationships.

Weeping the impending loss of my beautiful Nokia 8800 for the Apple iPhone.

At CES in Las Vegas. Though main event happened at MacWorld in San Francisco today, and I checked it on my Blackberry ! I want an iPhone now !! 🙂

Some folks got a little aggressive:

anyone NOT wanting an iPhone will be bitch slapped into tomorrow

But not everyone was impressed.

Is already slightly annoyed at the word "iPhone" and thinks before seeing one (in 10 monthes or so) he'll definitely hate the thing.

Wondering why Twitter is pushing Mac crap so much. Who cares about Steve Jobs or the iPhone?

And lest we forget, the iPhone was initially only available to Cingular users. Remember Cingular? Plenty of folks on other mobile plans were none too pleased.

…what about us tmobile people 🙁 no iphone for us?

Backing up my ipod. Lamenting the iPhone's attachment to Cingular.

And for some, the price seemed astronomical. These days, the latest iPhone model will run you around $650 out of pocket.

(Over six million units were sold by the time Apple discontinued the original model, so the joke’s on us.)

Many believed the phone was simply too big. Imagine if they could know how much bigger the iPhone would become, both figuratively and literally…

amazed (after watching the Ten) at how *massive* the iphone is. Yeah, thin, but width? height? SMS ability?

For reference, that monstrous original iPhone had a 3.5-inch screen. The iPhone 7 has a 4.7-inch display, and the iPhone 7 Plus packs in 5.5 inches of screen.

Some Internet soothsayers made prescient predictions, such as:

Waiting for Bono to call Jobs on the new iPhone

Looking forward to the new iTablet, iPhone, iLife, iToilet and iLeopard products from Apple that will be announced today (thanks ThinkSecret!)

Thinks my problem with the iPhone won't be smudges, but I'll probably scratch the hell out of the surface. Wonder how well a screen shield will work?

needs to get iPhone out of his head… it's a phone. It will only bring higher monthly bills and non-stop interruptions to my life. In a very pretty p…

Happy 10th anniversary, iPhone. We can’t wait to see what your next model has in store for us.