Impossible Foods unveiled its new plant-based pork replacement. Here’s what it tastes like.

We ate the most delicious new product at CES 2020 so far. 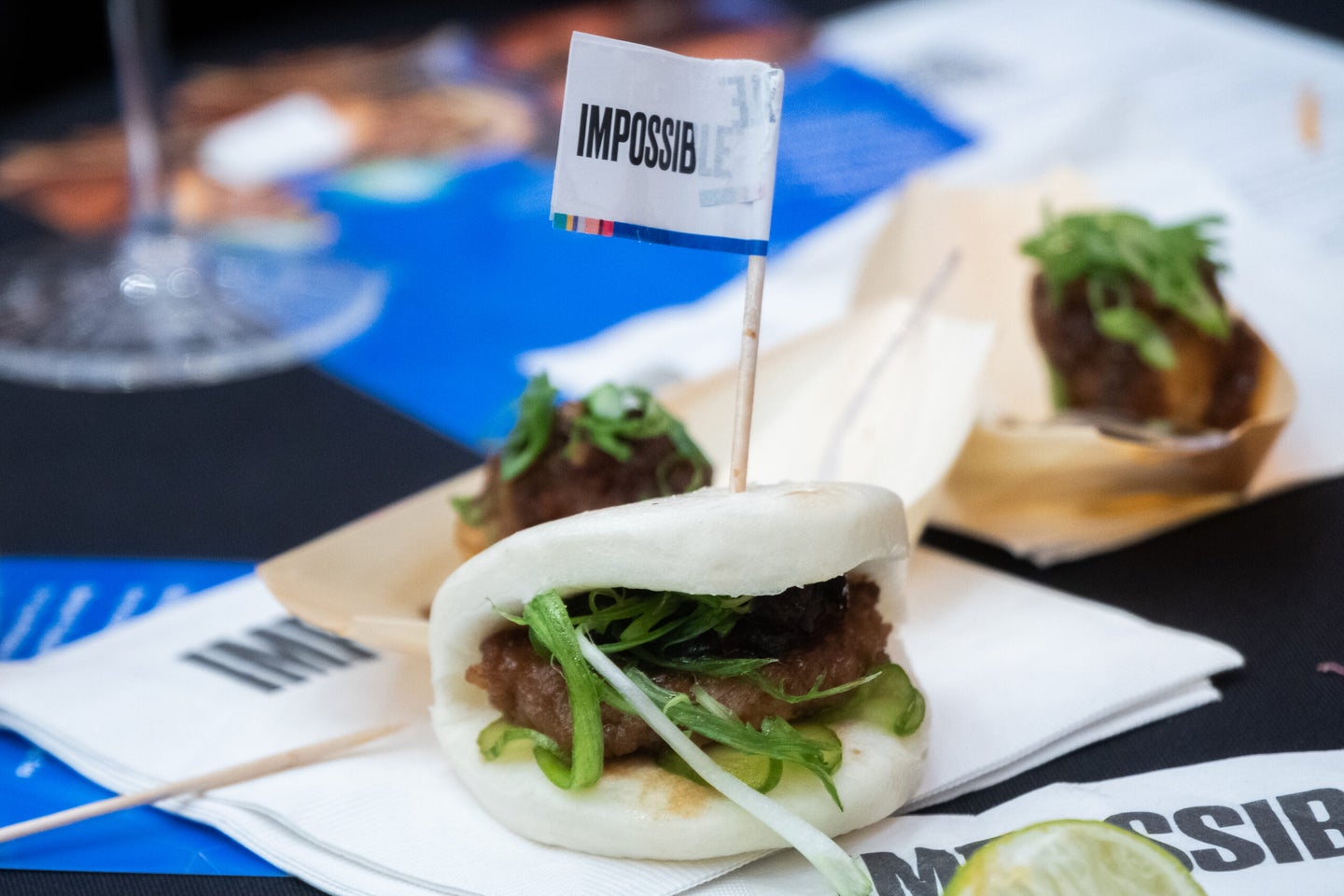 At last year’s CES, Impossible Foods interrupted the flow of really big TVs and AI-powered gadgets to introduce the second iteration of its impressively convincing, plant-based ground beef. This year, Impossible has taken aim at replacing pork with plant materials—and we got an early chance to taste it here at the show.

Like the Impossible Burger 2.0, the pork replacement relies on soy for its protein source as opposed to the wheat protein from the original burger product. Predictably, the new Impossible Pork also contains the iron-containing heme molecule that make’s Impossible’s meat taste like it came from an animal—it’s just in a smaller concentration. Coconut oil and sunflower oil help the pork sizzle and brown as it cooks.

Impossible Pork debuted as part of an Asian-themed menu that nods to pork’s popularity around the world—especially outside the United States. According to Impossible, Pork is only the third most popular meat here in U.S., but it’s far and away the most popular globally.

The company claims producing Impossible Pork is far more efficient when it comes to converting protein into food that humans can actually intake; they also say it’s better from a water-usage perspective, too. What’s more, Impossible claims it has an advantage when it comes to its complete lack of “fecal pathogens,” which can sometimes sneak into the supply chain with a real pig-based process.

And while sustainability is crucial, it won’t stand much chance if it doesn’t taste good. Like with the Impossible Burger, the Pork isn’t designed to replace a thick chop or other solid cut of swine. Instead, it replaces ground pork, which makes it ideal for things like meatballs or patties.

Everything I tried on the Impossible event menu was, frankly, rather excellent. I’m not the biggest pork fan—unless you count bacon, which is another story—but in some cases I wouldn’t have guessed it was fake. Crumbled over noodles and breaded with barbecue sauce, it feels very much like eating soft pork.

When you get a considerable chunk of it at once, like with the banh mi sandwich’s patty, you lose the effect a little bit. Once the moisture and oil starts to cook out, it gets slightly crumbly, where pork would just get a bit chewy.

Overall, I think the Pork is an even more effective substitute than the beef burger, at least at first taste.

It still can’t provide the same kind of fiber like a bean or true veggie replacement would, but otherwise the numbers suggest a tangible advantage.

Later this month, Impossible will also start rolling out a plant-based sausage patty that will only be available on a Burger King Croissantwich at first. Impossible’s competition, Beyond Meat, has been providing Dunkin’ Donuts with plant-bases sausages since last year in a successful program. It makes sense since breakfast sausages are typically heavily processed and heavily spiced, which masks most of the natural taste and texture anyway.

While Impossible’s Pork was clearly the focus of tonight, the company’s founder Pat Brown dropped some interesting hints about what might be coming next. The obvious choice seems like chicken, at least from an American perspective, but he suggests that fish and other seafood is high on the list because, “from a biodiversity standpoint, they’re a total nightmare.”

With both Impossible Burger 2.0 and Impossible Pork slated to start hitting more stores soon, we can expect the fake meat push at the supermarket to continue into 2020. And with solid beef and pork options out there on the market, you’ll soon likely be able to make yourself a nice little meat-free meat loaf. You could just called it “loaf.” Delicious.