How to watch foreign TV at home

Get around those region limits 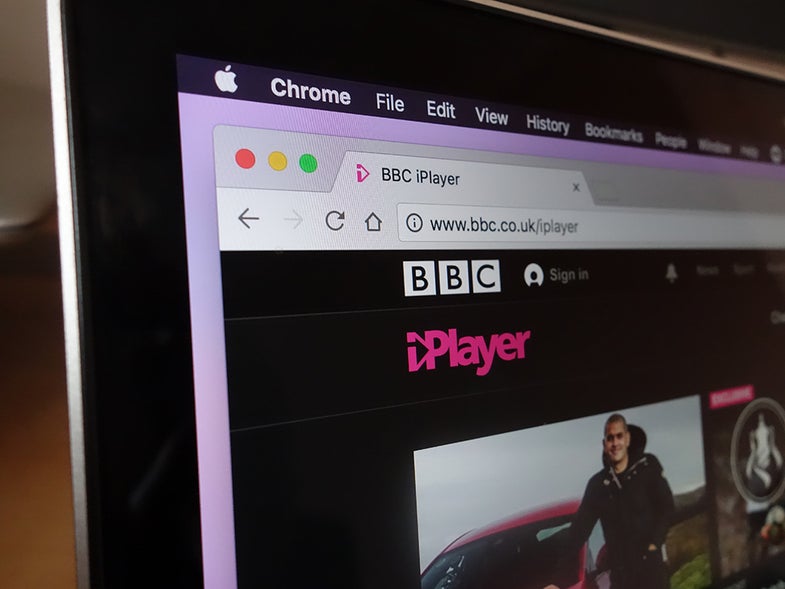 You don't have to settle for the TV content available in the country you're in. David Nield/Popular Science
SHARE

You snuggle into the sofa, open your laptop, and prepare to watch your favorite British TV show…only to discover that it’s not available on any of your usual streaming websites. And of course, you can’t access BBC iPlayer from the United States. Because companies like Netflix, Hulu, and the BBC still do licensing deals on a country-by-country basis, a lot of the TV shows and movies you watch over the web will be locked down to your specific geographical region.

In the era of the World Wide Web, that doesn’t make a lot of sense—you can be cut off from shows the rest of the planet is enjoying or even have your binge-watching interrupted when you take a vacation abroad.

Fortunately, a smart software add-on or two can help. Tools such as VPNs and Smart DNS are relatively easy to set up and configure. And they have the power to unlock the full range of content available on your favorite streaming and download sites.

So what are VPNs and Smart DNS? 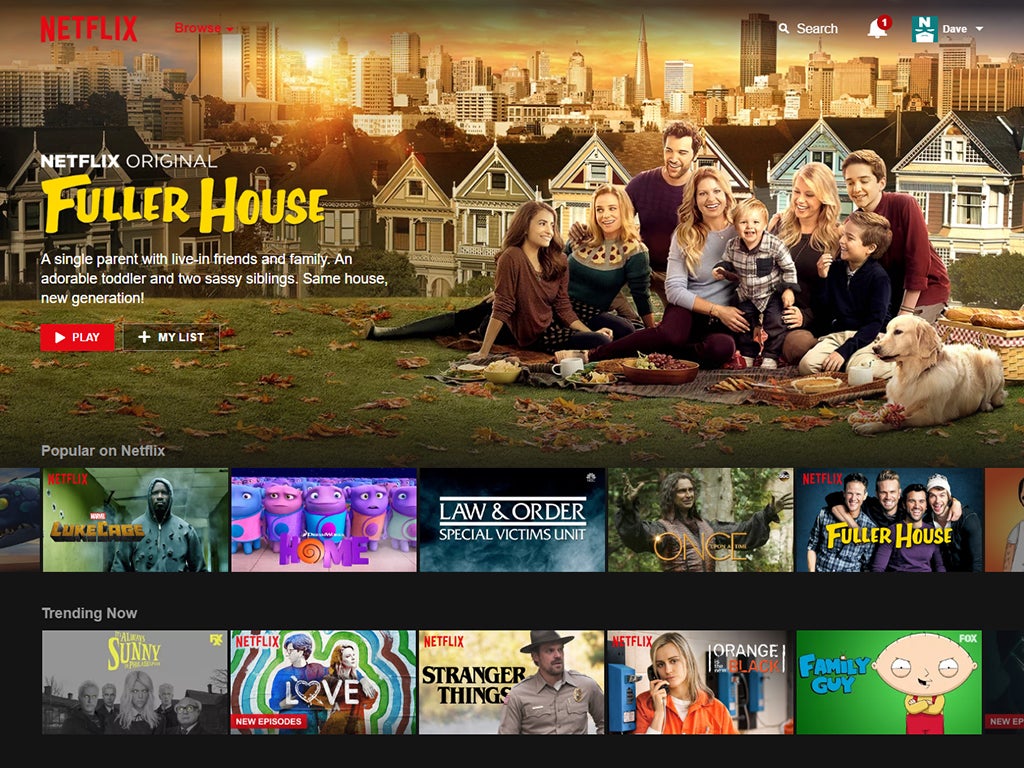 Like many online TV services, Netflix signs deals based on region.

Two types of software can help circumvent geographical locks: Smart DNS apps and VPN apps, which we’ll explain in more detail below. We should emphasize though that this is bending the rules and regulations of sites like Netflix, Hulu, BBC iPlayer, and Amazon Video. If you choose to go down this path, then these services would be within their rights to boot you off—even if millions of other users are performing exactly the same trick. Netflix has been particularly keen to stop VPNs and Smart DNS tools from messing with its library, and a lot of the programs that once worked with Netflix can no longer get around its protections. So before you sign up for a service, double-check what it works with.

As for the software packages themselves, VPN is short for Virtual Private Network. A VPN does what its name suggests, creating a private link between you and the internet. Your web connection goes straight to the VPN server, rather than Google or Facebook, and from there moves on to the sites that you want to connect to. 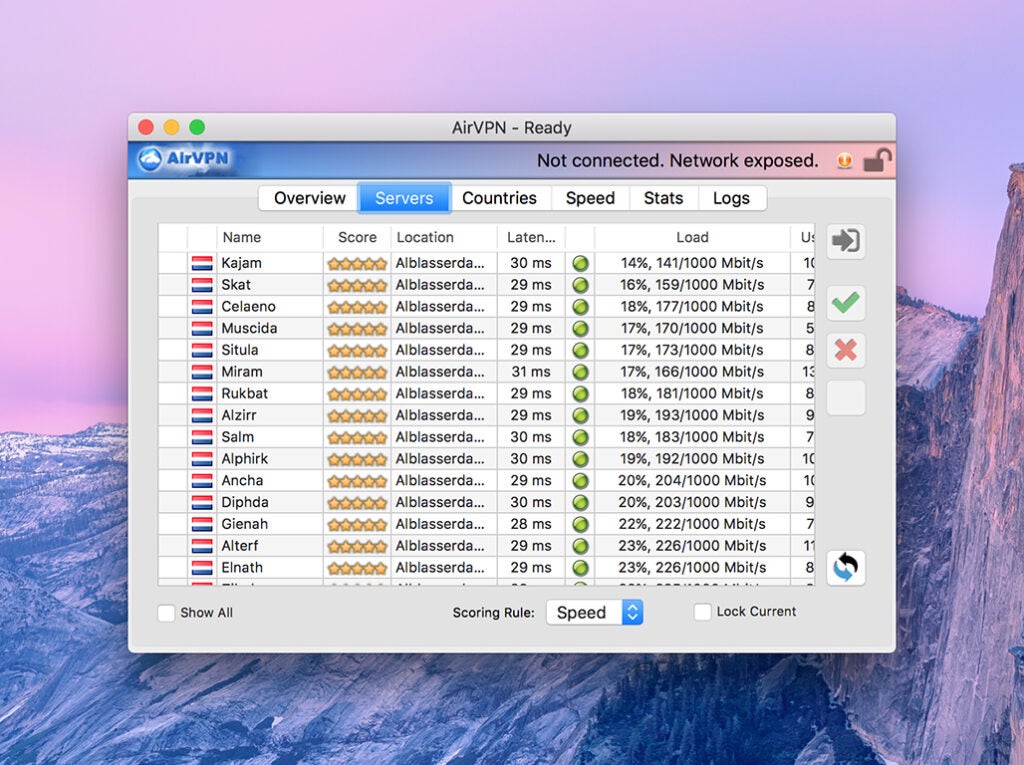 VPN tools like AirVPN give you a choice of regions to connect to.

That means it’s much harder (though not impossible) for governments, internet providers, and coffee shop hackers to take a peek at your online activities. It also means your data can be better protected. Businesses, for example, use VPNs to let employees access secure internal networks remotely. In our case, video watchers can use VPNs to spoof a geographical location, which makes it look like we’re accessing the web from another country.

A Smart DNS (Domain Name Server) service is less comprehensive than a VPN. It primarily makes you appear like you’re in another part of the world, without some of the extra security protections a full VPN offers. A Smart DNS only reroutes certain bits of your internet traffic to conceal your location.

A VPN is the more complete option, but it’s not necessarily the best for everyone—it can slow down your connection speed, for one thing, because it reroutes all your traffic through third-party servers. If you’re primarily interested in watching TV shows from foreign countries, a Smart DNS service may well work better for you. But if you’d also like some extra security, go with a VPN. 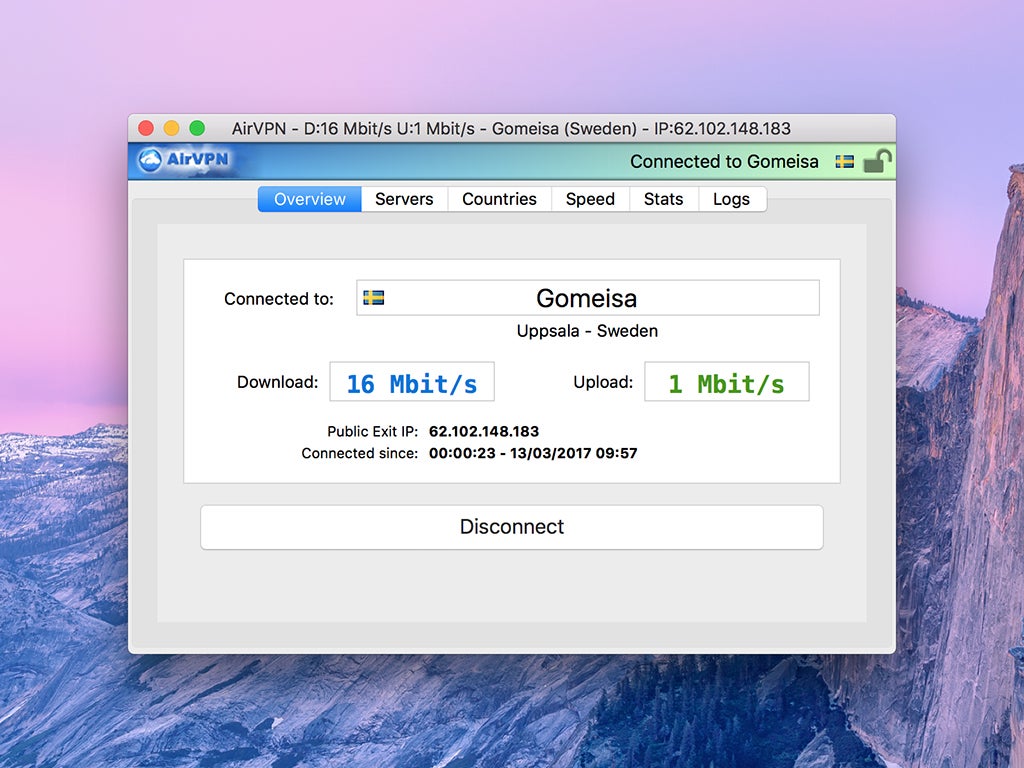 A VPN service like AirVPN sits between you and the internet at large.

You won’t be stuck for choices when you’re picking a VPN or Smart DNS service, because there’s a ton of them out there on the web, as well as plenty of reviews and comparison pieces to help you work out the differences between them.

We’re not going to go into a detailed buyer’s guide here (although we do recommend some options below), but look out for services that specifically advertise compatibility with the TV services you want to use. A lot of VPN and Smart DNS apps have a specific focus, whether that’s anonymizing your web browsing or breaking through geographical locks, so you want to choose one that’s going to do the right job without a load of extras you don’t really need.

You’ll come across a handful of free VPN and Smart DNS tools—but it really is worth paying for a service for that extra level of quality and security. A lot of these apps offer a free trial, so you can test everything out and make sure it lets you tune into foreign TV before you part with any cash. 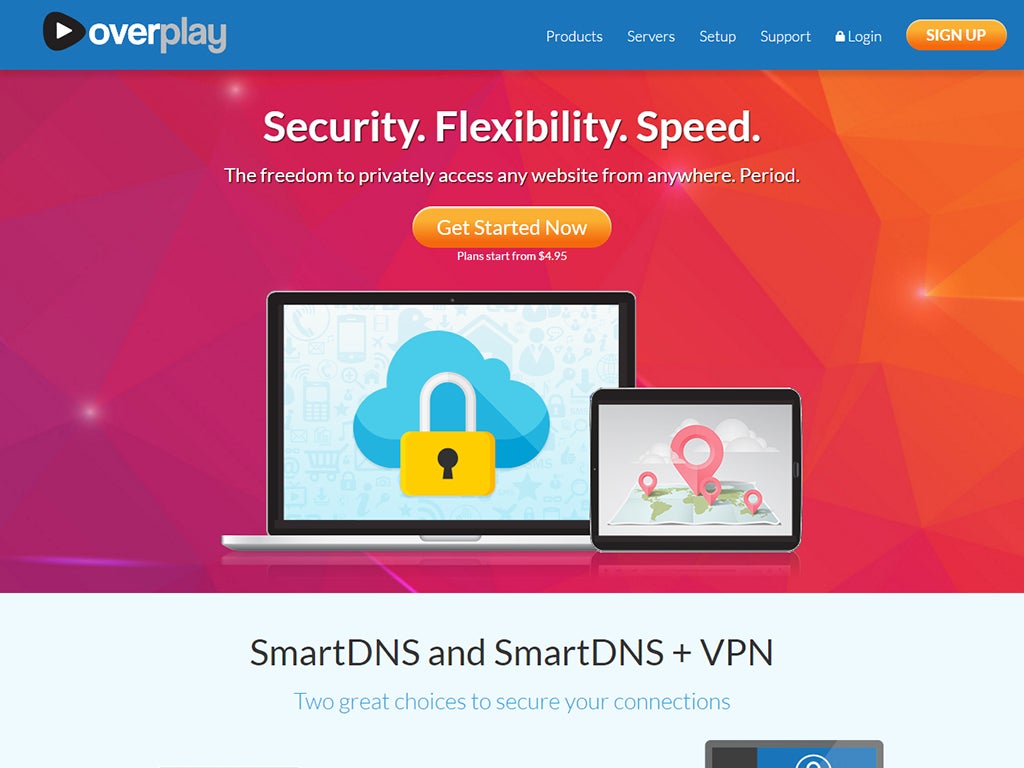 Some services, such as OverPlay, give you a choice of Smart DNS and VPN tools.

One of the more popular services for video content is Getflix, which we’ll use as an example. It works with a broad range of online services, is simple to set up, and provides regular updates and improvements. Getflix uses Smart DNS to enable you to access foreign TV, but you can add a VPN service on top for extra security as well. Prices start at $4.95 a month, and there’s a 14-day free trial available so you can see if you like it first (though the trial excludes the VPN component).

Other Smart DNS services worth considering include Unblock-Us ($4.99 a month) and OverPlay ($4.95 a month). Some of the highest-rated full VPN packages include AirVPN ($7.49 a month), IPVanish ($10 a month) and ExpressVPN ($12.95 a month). Spend some time comparing packages and prices though, as deals and services are changing all the time, and a lot of companies offer both VPN and Smart DNS services.

Don’t be put off if you’re not all that tech-savvy—a lot of these apps pride themselves on the ease of their setup process, so you should be up and running in a few minutes, no matter which one you pick. Take advantage of free trials as well, wherever you see them. 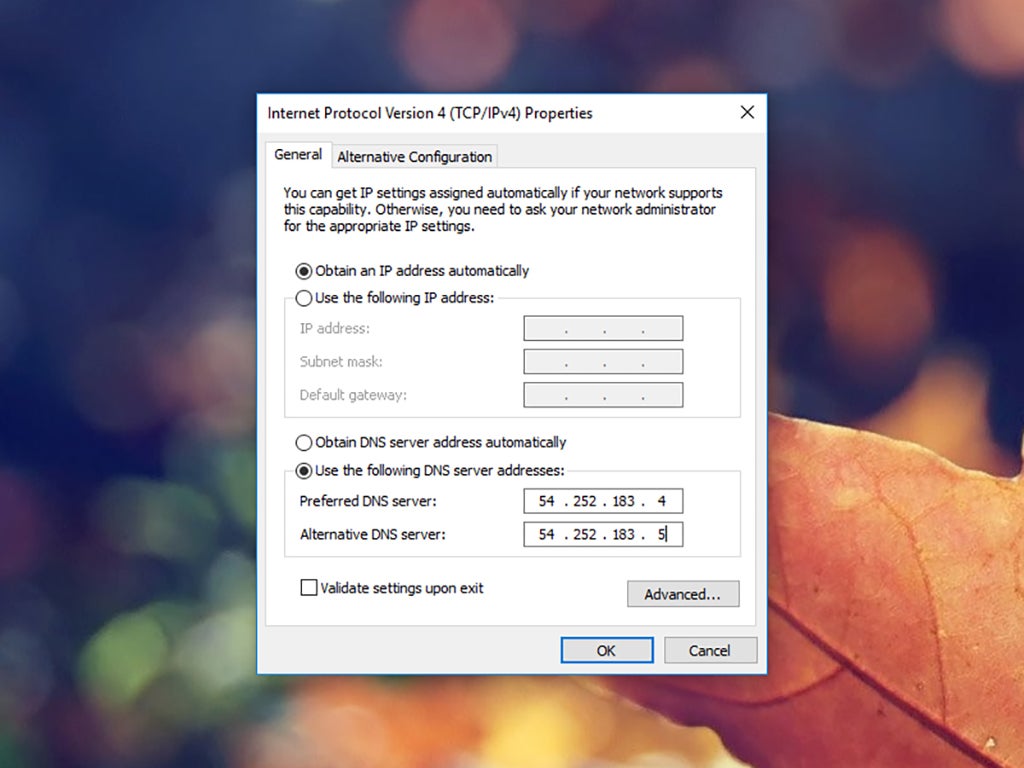 You may need to manually edit your operating system’s DNS settings.

We can’t take you through the setup processes for all of these services, but we will show you how to get online and watch foreign TV with Getflix. Whichever VPN or Smart DNS service you end up using, you’ll get up and running in a similar way, and the service itself should give you plenty of help and advice.

In the case of Getflix, once you create a user account, you’ll get some instructions for reconfiguring your computer’s DNS settings, which will vary depending on whether you’re using macOS or Windows. In the case of Windows, you need to dive into the Network and Sharing Center part of Control Panel, open up the Properties box for your wired or wireless connection, then specify the DNS settings Getflix gives you under the TCP/IPv4 heading.

Over on macOS, the relevant settings can be found under the Network icon in System Preferences. Choose your current connection (Wi-Fi or Ethernet), tap on the Advanced button, then open up the DNS tab to make changes. The Getflix site has more detailed instructions, including the configuration process for iOS and Android devices.

After that, everything can be managed from the Getflix dashboard on the web, where you can switch between geographical regions for your chosen services as required. Part of the appeal of a Smart DNS service is that there’s no extra software to run or login screens to go through once the initial setup is finished. 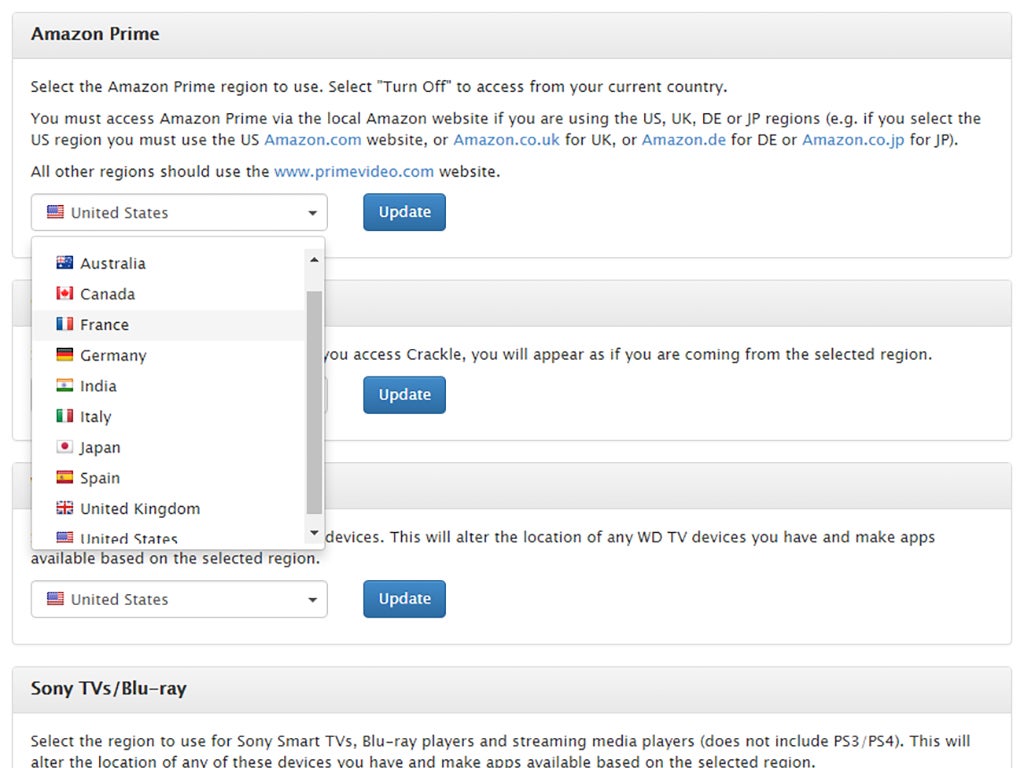 From the Getflix dashboard, you can choose your region.

That means you can just head to the relevant website or launch the app you want to use to watch TV, and your regional settings should adjust automatically. You can click around and enjoy any of the shows you see, as long as you stay on the same device. Follow the instructions given on the Smart DNS or VPN service support pages if you want to set up multiple devices.

The help and support section of your chosen service should also be your first port of call if you run into problems. Often a quick computer reset will do the trick, as this will reconfigure the relevant network settings and apply them at the OS level.

Remember too that these TV platforms are constantly tweaking their apps and sites to block this kind of geo-busting technology—you can read up on Getflix and its ongoing compatibility with Netflix, for example. If something breaks, then you might just have to wait for your Smart DNS or VPN software to roll out a fix.