Burning questions for the top ‘Hall of Fame’ reviewer on Amazon 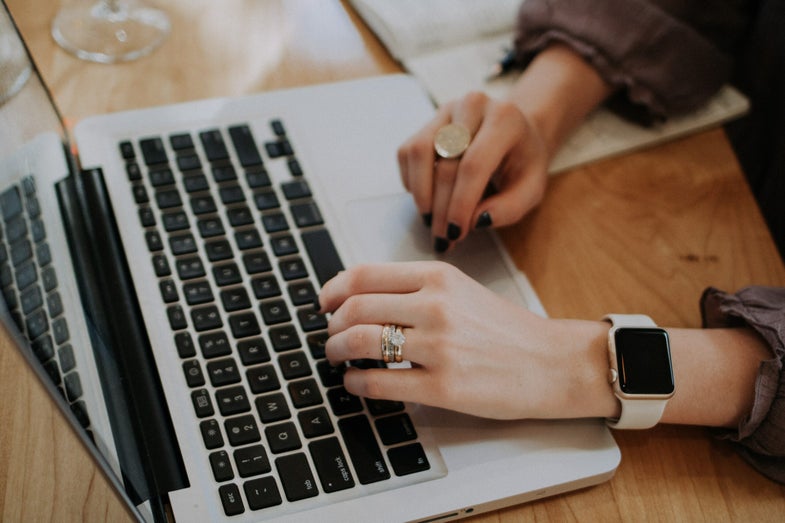 Since September, financial advisor Joanna Daneman has written Amazon reviews of a vertical chicken roaster, a toilet flush lever, a pan for making Japanese omelets, a Dear Drew by Drew Barrymore hair dryer, a foam roller, Tide laundry detergent smart pouches, a paperback about guitar music, squeaking dog toys, an electric kettle, and a leakproof bento-box lunch carrier. And that’s not the half of it.

Daneman sits at the top of Amazon’s “Hall of Fame Reviewers” list, having authored more than 3,000 reviews. Back around the turn of the century, she was living in Germany and ordering English books off of Amazon. “I would read the reviews, and man, they were the best thing,” she remembers; she started writing them herself. “I always try to make the reviews a little bit more than dry fact—I put a little bit of something in there to make it interesting to read.”

Of course, Amazon sells much more than books now. Daneman estimates she writes two to three reviews per day, evaluating items like a Panasonic phone system and rare-earth magnets. We recently got her on the phone to ask some questions from our staff.

First of all: Why?

Turns out, it’s not all that complicated: Daneman likes to write, appreciates good writing, and enjoys sending her words out into the public. It’s the same reason you might like Twitter or Tumblr.

“There’s always that thrill of seeing it published,” she says. “It may be a review, it may just be Amazon’s website, but it’s published.”

Does she buy all the items she reviews?

She reviews items she’s purchased, like that bento box. Other stuff comes for free, as part of Amazon’s Vine program. Vine members get to peruse lists of things, and decide what they want to receive at no charge. (Interested in learning more about that invitation-only free-stuff program? Amazon has an explainer.)

Reviewing the items is optional. Recently, she scoped out the list of offerings. There was a “natural baby bottle,” she says. (“Forget that.”) The list continued: “Vegan melatonin tablets.” (“Nope.”) Curtains. (“Not my taste.”) “Unicorn peel and stick wall decor.” (“No.”) Of the list, she liked the vitamin D3 tablets she saw; the “pipe taps,” not so much. That free stuff isn’t entirely free, either: it gets reported on her 1040 tax form.

After six months, she gives the stuff that she doesn’t want to keep to Goodwill. “They’re the benefactor,” she says.

Any suggestions for buyers wading through thousands of reviews?

If the last holiday season is any indication of this one, people will, of course, buy oodles and oodles of stuff from Amazon. In 2016, the company reported that during the holidays, it sold 2.5 million watches and “enough men’s jeans to fill an Olympic-size swimming pool.” From mobile devices on Cyber Monday alone last year, people purchased “about 46 electronics per second” and “about 36 toys per second.” When making all those buys, shoppers will no doubt examine the reviews, looking for guidance on their decisions and probably falling down one of those horrible review-reading rabbit holes. Daneman recommends sorting the evaluations by whether they’re positive or negative, then reading the bad ones first. (To do that, click on the reviews, then on one of the star rating categories, and then you’ll see options to filter them.)

“You read for opinions that people really dug into,” she says. “I always go for the longer reviews, because somebody took some time to say something.” Reviews that simply say that the author liked the product, or was frustrated by the packaging, aren’t helpful.

How can I write a better review?

She recommends imagining that “you’re telling your friend why you like or don’t like this.” In other words, the advice you might give a buddy about the product is the kind of stuff you should write. And, Daneman likes to have fun with language, too—like when reviewing cat litter, she referred to her cat’s bathroom area as “his Gentlemen’s Retiring Room commode.”

How can I join the ranks of Amazon super reviewers?

Like Daneman, the top-ranked reviewers on Amazon have penned thousands of reviews and, importantly, earned thousands of “Helpful Votes” in total on those evaluations. And Amazon’s “Top Reviewers” list is literally 10,000 people long. In short: If you’re interested in joining their ranks, you better start reviewing everything you can, including those chicken roasters and bento box lunch carriers.