Net neutrality is under threat (again). Here’s why you should care

The internet was built to work as a level playing field. 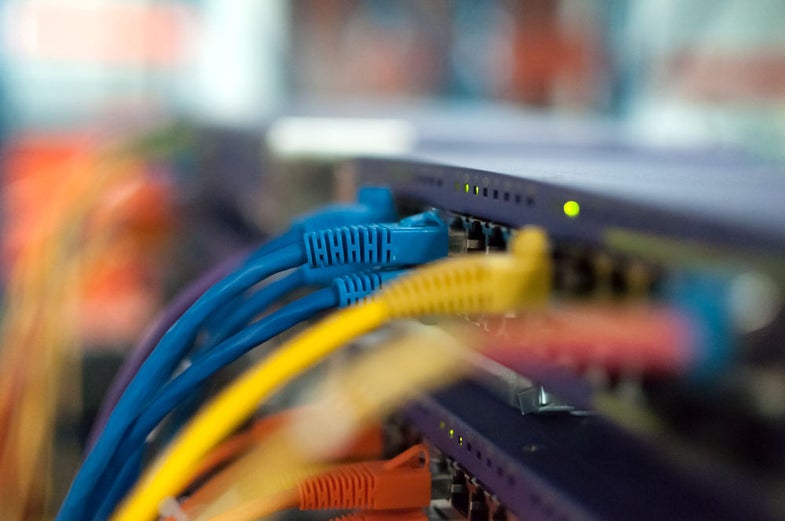 The vote approved the repeal of net neutrality by the count of 3:2. You can watch the rest of the hearing via the FCC stream.

The internet is an entirely human phenomenon. It is an unfathomably vast interconnected sea of computers that hold roughly the entire sum of human knowledge to this point. It’s as available to the wealthiest billionaire as it is to the kid on library WiFi, browsing on his cheap Android phone. What keeps the Internet open and equal is a principle called “net neutrality,” which is as much a technological tool as an economic argument and a moral stance. It is also a principle that is periodically threatened. The latest assault comes from current FCC director Ajit Pai, who wants to change how internet companies are regulated, a move that could prove disastrous for net neutrality.

What is net neutrality?

Internet Service Providers, or ISPs, are supposed to direct traffic indiscriminately, no matter if the user is looking up a niche blog about armadillo ranching or trying to stream a video from Netflix. This is how the internet, as technology, was designed: to transfer packets of information across vast distances as quickly as possible, regardless of what those packets may contain.

Net neutrality is a practice that governs the behavior of ISPs. Their modems connect customers’ devices to the internet writ large in exchange for a fee. For ISPs, it’s a pretty good deal already: Many places in the United States have limited options, so the customer base is locked-in to an extent.

Without neutrality, an ISP could instead dictate usage terms to both sites and to users. An ISP could charge customers more to stream videos, and at the same time charge Netflix to make sure its videos stream as fast as Hulu videos and YouTube.

There are lots of metaphors to help visualize net neutrality. In his 2014 comic, cartoonist Michael Goodwin illustrates ISPs as the driveway that connects a home to the vast network of destinations on the internet, and net neutrality is the principle that prevents ISPs from slowing some traffic or charging a premium fee for other traffic.

Where does the term “net neutrality” come from?

Columbia Law professor Tim Wu, then at the University of Virginia law school, coined the term “net neutrality” in a 2003 paper, in an attempt to define an already-understood vision of the internet. To Wu, net neutrality is not just a way to manage traffic on the internet, but a fundamental philosophy about how innovation happens.

Net neutrality adherents “see innovation process as a survival-of-the-fittest competition among developers of new technologies,” Wu writes, and notes that people supportive of this evolution-through-competition model are suspicious of any structure that instead lets the people who control access to the internet dictate how the competition shakes out.

In essence, Wu argued that the best possible internet is one where consumers themselves choose what applications, uses, and sites are successful. And they voice that choice by visiting (or not visiting) those sites. Without net neutrality ISPs are in a position to fix the game, by taking money from one company to provide better streaming for their video—even if that content wouldn’t normally be fastest to stream.

How is net neutrality enforced?

Maintaining a system of neutrality falls under the purview of the FCC, who have a vital but incomplete role in making this work. While much of the rulemaking for ISPs is done at the federal level, that’s more by default than necessity.

“Local governments can also play a crucial role by supporting competitive municipal and community networks,” notes the Electronic Frontier Foundation, a group dedicated to rights of people online, says this about net neutrality. “When users can vote with their feet, service providers have a strong incentive not to act in non-neutral ways.”

Without local competition between ISPs, the companies can operate like unchecked monopolies. This was something the FCC has sought to challenge multiple times.

In 2011, the FCC adopted a set of Open Internet Rules. One prevented broadband providers from blocking any lawful websites. Another prevented them from creating slow lanes, in the form of “unreasonable discrimination” in web traffic. The third guaranteed transparency, which requires providers to “disclose information regarding their network management practices, performance, and the commercial terms of their broadband services.”

A 2014 court defeat in Verizon v. FCC overturned two of three Open Internet Rules, leaving only the transparency requirement intact. That court ruling hinged on how the FCC defined the companies in question: Were they private communications, working as intermediaries between specific customers, or was connecting to broadband internet a public good, provided by a private company but regulated in light of its public utility? At the time, because ISPs operated with less regulation under Title 1 of the Telecommunications Act as “information services,” it operated more like the former.

With the support of the Obama adminstration, a 2015 rule change let the FCC apply public-interest regulations to ISPs and broadband providers, placing them both instead under Title II rules as a “common carrier,” which also applied to things like landline networks. The meant the FCC could prohibit internet providers form engaging in practices that undercut net neutrality. Reverting this change is at the heart of Pai’s current plans for the internet.

What happens without net neutrality?

Free Press, an organization that is aggressive in its defense of net neutrality, compiled a timeline of net neutrality violations. These include blocking voice-over-IP services, redirecting search traffic, slowing of traffic, throttling all streaming traffic except to one specific site, and more. While net neutrality has been a term since 2003, and the current rules enforcing it were put in place in 2015, ISPs have tried to work around it for years, and sometimes succeeded, only to be caught later.

Without rules that allow the FCC to enforce net neutrality at the start, violations will have to be reported to the FTC instead, which can investigate and pursue legal action after-the-fact, but cannot preempt abuses.

The most-durable worry about a net without neutrality is the creation of “slow lanes,” where the ISP delivers traffic from some sites at normal speed, and from other sites at much slower speeds. If a site is loads too slowly, users likely won’t keep going there, so the loss of neutrality becomes a way for ISPs to force sites to pay for normal delivery or risk low traffic and eventually obsolescence. This fear was at the heart of the 2014 Internet Slowdown, a protest that asked sites to put a “loading” symbol, and then directed users to contact Congress and ask it to protect net neutrality.

We need not look only to protest for evidence of a what happens without Net neutrality. In December 2016, the FCC reported it was investigating AT&T for a Sponsored Data program, that exempted AT&T affiliate video from customer’s data limits but applied those limits to other data. On January 11th, 2017, the FCC reported a similar investigation into Verizon’s “FreeBee Data 360” program. In both cases, the internet providers made a choice for their customers: Use the video services we like at a discount, or pay full price for other data. That’s antithetical to the principles of net neutrality, and shortly before leaving his post, then-FCC chairman Tom Wheeler sent a letter to prominent senators, informing them of the state of play in the investigations and thanking them for unwavering support of an open internet.

How is net neutrality threatened today?

FCC Chairman Pai wants to switch ISP rules from proactive restrictions to after-the-fact litigation, which means a lot more leeway for ISPs that don’t particularly want to be treated as impartial utilities connecting people to the internet. It’s possible that Pai’s announced plans are an opening bid to get Congress to instead pass weak legislation that nominally protects net neutrality, but weakens many of the protections in the original FCC rules. It’s just as likely that Pai intends to change the rules from within the agency itself, though they will need to undergo a lengthy period of public comment before implementation. When Obama asked the FCC for new rules in late 2014, the rules were proposed and finalized five months later, in early 2015.

Outside of Congress and the FCC, a Federal court recently upheld the 2015 net neutrality rules, which could end up appealed to the Supreme Court.