Hertz wants to accelerate its efforts to rent electric vehicles

A deal announced recently with Polestar will give Hertz thousands of new EVs over five years, but it follows a complicated situation with Tesla. 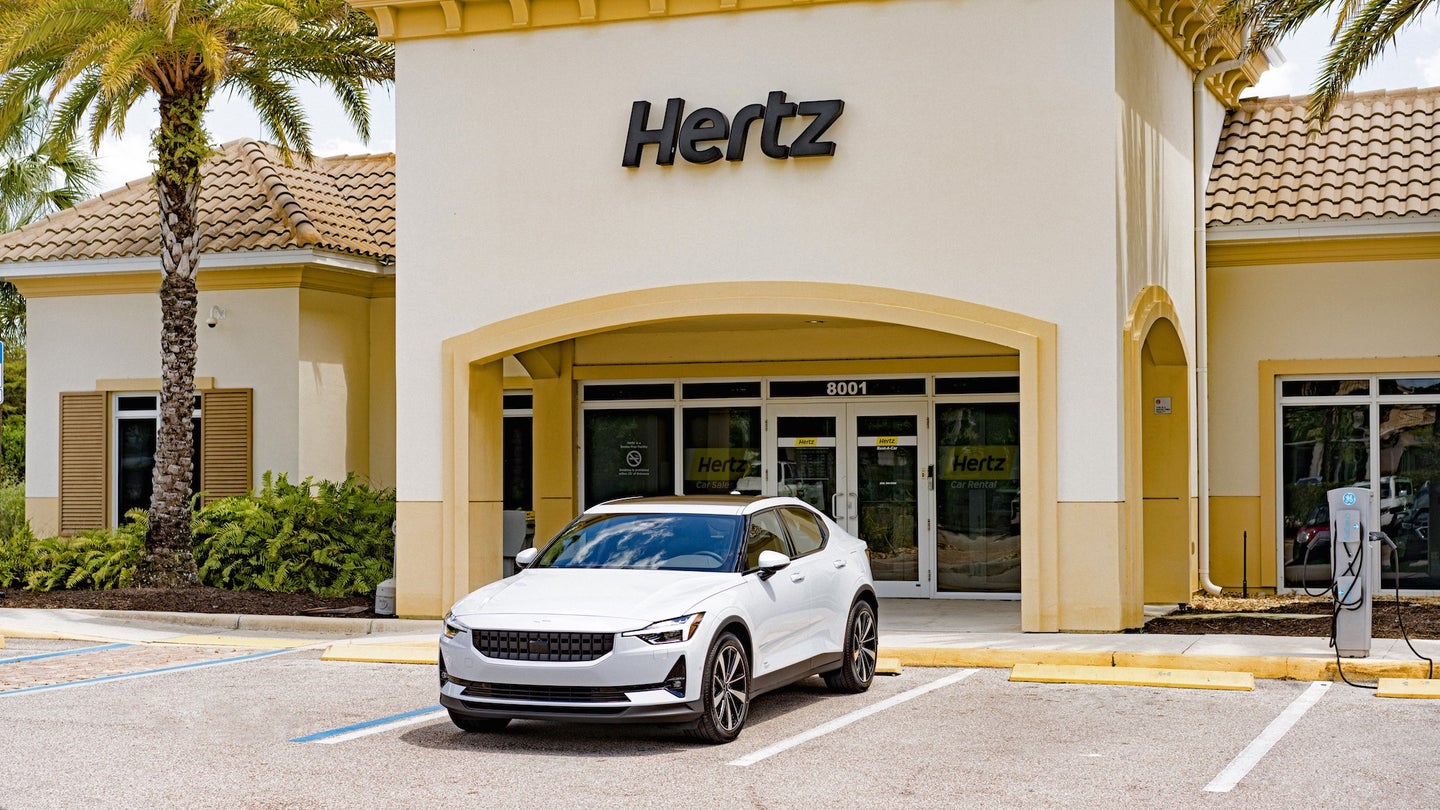 Global rental company Hertz announced on April 4 that it will purchase as many as 65,000 electric vehicles from Swedish manufacturer Polestar over the next five years. This follows Hertz’s announcement last year that it was ordering 100,000 Teslas for delivery in 2022 in a push to electrify its fleet.

While the Tesla announcement was initially lauded and it pushed Tesla’s market cap to over $1 trillion for the first time, the situation got complicated when Tesla CEO and now new Twitter board member Elon Musk weighed in, declaring on Twitter that “No contract has yet been signed.” Hertz, it seems, is having to buy the cars at retail, rather than with any preferential treatment.

It’s noteworthy, then, that the recent Hertz-Polestar deal was announced on the Polestar website. And the Polestar CEO, Thomas Ingenlath, declared, “We are delighted that Hertz has chosen Polestar as a strategic partner on their road to electrification.” Ingenlath, it seems, won’t be undermining anything on Twitter.

Even without the Musk factor, it’s been a tricky few years for Hertz. The pandemic-induced collapse of the rental car market (and its own massive amounts of debt) pushed it to file for bankruptcy in May, 2020. After an investment of more than $5.9 billion from a couple of private equity groups, the 104-year-old company is back in business, and seemingly keen to modernize its fleet of roughly half-a-million cars around the world.

That electrification effort is going to take time. Hertz says it has been “actively receiving” Tesla Model 3s since January this year and the pricier SUV-styled Tesla Model Ys since March. Right now, you can rent a Tesla from seven airports in the US: Washington Dulles, Fort Lauderdale, Miami, Orlando, Los Angeles, San Francisco, and Atlanta. (Though it’s worth mentioning, a random check of dates this summer revealed that they were sold out.)

From Polestar, Hertz has ordered the Polestar 2, the car most similar in price and specs to Tesla’s Model 3 and Y. The first of them are expected to be available to rent in Europe in spring 2022. They’ll come to North America and Australia later this year.

One big barrier to Hertz’s electrification plans is that EV production volumes are low, partly from pandemic and supply chain issues, and partly because they’re an incredibly complicated product to manufacture.

Meanwhile, in the first three months of this year, Tesla produced just over 305,000 vehicles. That’s up from 180,000 for the same period last year, and the company is continuing to ramp up production. Its fourth Gigafactory and first one in Europe opened just last month. But Tesla is struggling to meet its existing demand from regular customers, let alone huge blocks of corporate orders.

Polestars’ production capacity is significantly lower. It sold a total of 29,000 vehicles worldwide in 2021. It’s hoping to double that this year, and increase it to 290,000 vehicles per year by the end of 2025, but there’s an obvious reason that Hertz’s order will be fulfilled over five years—Polestar can’t produce the cars any faster.

Unless Hertz can get as-yet-unannounced preferential treatment from Tesla, or Polestar can dramatically increase its volumes, adding more electric vehicles—and replacing the vehicles that age out of its rental over the coming years—is going to be a timely process, especially if other rental companies start ordering EVs for their fleets.

As well as getting its hands on EVs, Hertz also has to build out its network of chargers if its electrification plan is going to succeed. It’s announced that it intends to install 3,000 chargers in 65 locations by the end of 2022, and add a further 4,000 in 2023. For anyone hoping to rent an EV on vacation or a business trip, this charging network is probably going to be very helpful. Most people who own a Tesla are able to charge it overnight at home, which won’t always be the case for people with rental cars. Right now, if you rent a Tesla from Hertz you get access to the Supercharger network, but you’re still at the mercy of whatever plugs your hotel or host has available at your destination.

However, the US is in the early stages of building a network of chargers along highways, and other charging solutions are popping up too, such as a recent deal between Starbucks, Volvo, and ChargePoint to install stations at some of those coffee shops between Colorado and Washington.

So even if Hertz still faces a battery of challenges, its push towards electrification is another sign of how fast EVs are now taking off.