How long will you have to wait before these CES technologies become real?

In many ways, the annual Consumer Electronics Show in Las Vegas is a hopeful way to start off the year.... 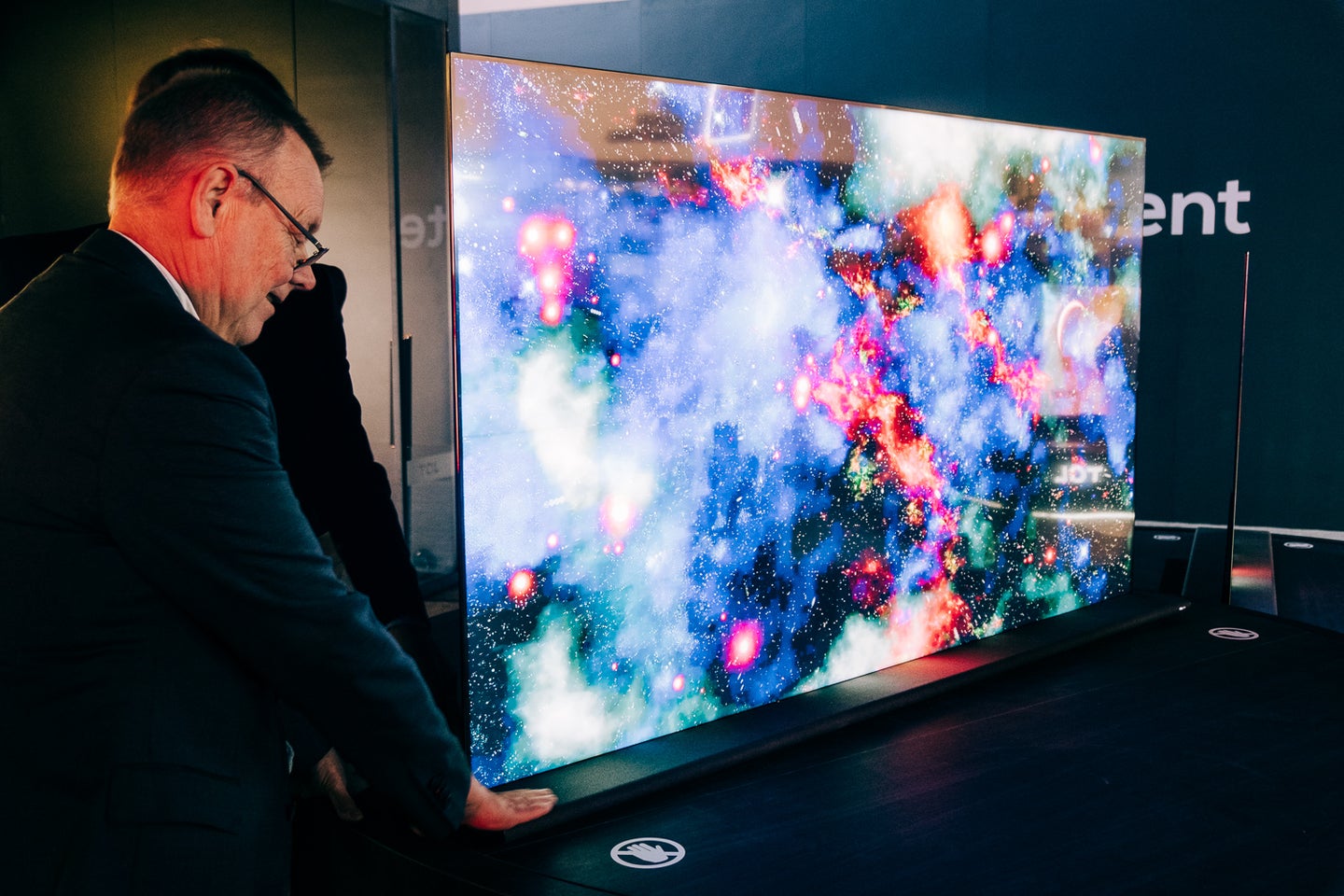 Samsung's 8K TVs are here. Other manufacturers have them, too, but what is there to watch?. Stan Horacczek
SHARE

In many ways, the annual Consumer Electronics Show in Las Vegas is a hopeful way to start off the year. Tech companies show up in the desert with their latest and greatest inventions, innovations, and PowerPoint presentations in tow. Unfortunately, those promises don’t always translate readily into real world products. That swanky prototype you saw splashed across every tech blog? It may be years before it makes into your actual life, if it ever gets there at all. We’re looking back on some of the big stories from this year’s show to set some realistic expectations about when (and if) these products or concepts will go from trade show darlings to actual products.

We had seen Lenovo’s folding computer prototype before CES 2020, but it officially became a consumer product at the show. The ThinkPad X1 will ship in the second half of 2020 for $2,500 if everything goes according to plan. That’s good news if you’re a fan of folding devices. As for the rest of the folding machines, however, they were still fully in prototype—or at least pre-production—mode.

Dell showed off a pair of folding computers, including the Ori, which has a folding display, and the Duet, which takes the XPS 13-inch 2-in-1 laptop design and replaces the keyboard with another full-sized screen. Neither of those are destined for the market, however—at least not yet.

And while Microsoft wasn’t showing off its Surface Neo at CES, it is scheduled to arrive in Fall of 2020.

Every major TV manufacturer at CES was showing off 8K displays this year. LG, Samsung, TCL, Vizio, and the rest of the major players are onboard the UHD train (that’s ultra-high-def), at least in their most high-end displays. Unfortunately, you’re still hard-pressed to find any native 8K content to pump into those giant screens, which is why so many manufacturers have been harping on their upscaling technology, which uses lots of processing power to upscale 4K footage to fill the 33 million pixels required for 8K.

Last this year, Sony and Microsoft will release their new gaming consoles, both of which are planning 8K support in some capacity, but we won’t know what they’re truly offering until they’re officially announced.

It seems unlikely that 8K content will propagate quickly over the next year, so maybe by the 2021 CES, 8K will have formed a more complete solution.

If you have a current flagship phone, like an iPhone 11 or the Samsung Galaxy S10, you already have the capability to pull down Wi-Fi 6 signals. Newer laptops like the Dell XPS 13 and the HP Envy support it as well. Unfortunately, your router probably does not, which means you can’t take advantage of Wi-Fi’s 6’s features like increased data speeds, lower battery usage in your devices, and decreased latency.

While Wi-Fi 6 made its debut in 2019, we ended the year with most compatible routers commanding huge price tags of $700 or more. At CES 2020, however, Netgear announced its Nighthawk Mesh system, which ships a two-pack of nodes (the individual pieces of a mesh network system) for just $230. TP-Link also announced three versions of its Deco mesh system, which are scheduled to launch in March.

Bell and Hyundai had two of the splashiest displays at CES 2020. Their respective flying machines were the biggest objects on the show floor except for John Deere’s enormous industrial tractor. And while they’re impressive on a show floor, we’re eager to see them actually take flight. Hyundai says it plans to have its vehicle—which is part of a partnership with Uber—in the skies around 2029. Bell similarly plans to have its flying machine in the air some time in the mid- to later part of this decade.

We know exactly when the Quibi app will launch: April 6th, 2020. What we don’t know, however, is exactly what to expect. At the highest level, Quibi is a project from former eBay and HP CES, Meg Whitman and high-profile Hollywood veteran, Jeffrey Katzenberg. The project has raised more than $1 billion promising a new way to watch streaming videos. The plan involves offering produced content that’s shorter than a typical TV show and offers two points of view. You can watch the traditional way by holding your device horizontally or switch over to a different viewpoint by flipping your phone vertically. The $5 per month plan promises roughly three hours of new content per week from scripted programs to news shows. Despite the hype and the party at CES, we still haven’t actually seen the app, but with this much riding on it, it would be surprising for the service to miss that promised launch window.

Neon produced one of the most compelling and confusing demonstrations of the entire CES show. Its booth was littered with life-sized displays, each depicting an AI-powered digital avatar that can—in theory—interact with you as if it’s an actual human. Watching the demos—even in person—raised more questions than it answered. The presentation above starts off with a dry statement about how you shouldn’t expect to see any of these avatars in the real world in the near future. But, according to the company, it’s planning to release a beta program later this year so these artificial humans can get out into the hands of developers. Even once they’re launched, you won’t be able to buy the avatars, but rather you’ll subscribe to them and they will primarily handle corporate gigs like interacting with customers at businesses from screens. While Neon does seem far off, it’s worth noting that the company has only been around as part of a Samsung research group for roughly four months.