Inside the racing simulators drivers use for realistic training 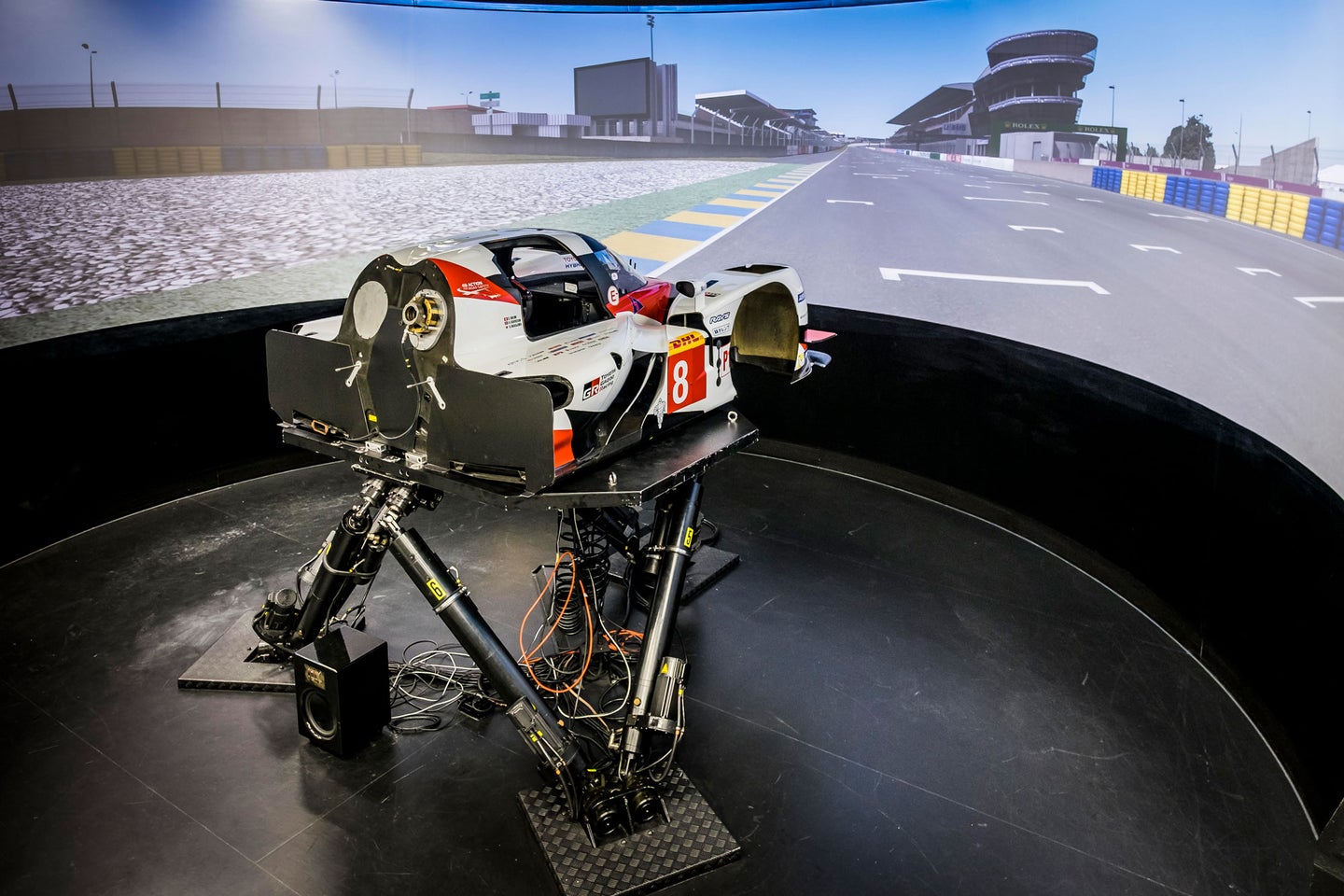 Video simulation of racing has gone from an amusing, if not terribly faithful representation in games, to a genuinely valuable tool to an absolutely mandatory necessity as the technology has steadily improved.

The latest example of this progression was the recent test by ex-Formula 1 race driver Stoffel Vandoorne on the AOTech simulator near Paris in preparation for the upcoming 24 Hours of Le Mans endurance sports car race in June.

In the past, a team might have put a driver into a simulator to familiarize them better with the track in advance, but now the Automobile Club de l’Ouest (ACO) that runs the Le Mans race actually requires simulator time for new drivers before allowing them to run—even for drivers who were recently piloting Formula 1 cars.

While Vandoorne will likely spend some more time practicing on a virtual version of the track before the June race, to be allowed to participate he had six required aspects to complete: familiarization with the circuit, coping with changing weather conditions, driving in the dark, managing traffic day and night, memorizing the positions of the track marshals and a slow zone test.

“It was a good day, my first experience of Le Mans on this AOTech simulator,” Vandoone observed afterward. “I don’t know the circuit, so it was useful to see how to approach the turns, and how to manage traffic and the slow zones.”

The AOTech simulator can duplicate the experience of driving a range of race cars, including the Le Mans LMP1, LMP2 and LMP3 cars, plus formula cars like Formula V8 3.5, Formula E, Formula 4, GP2 and GP3.

The company points to the continuous development of its car and track models as contributing to the fidelity of its simulation. Red Bull Formula 1 driver supports this, saying, “The fact that AOTech engineers are real track engineers knowing the real tracks and the real cars is an important added value.”

Indianapolis 500 pole-winner Simon Pagenaud did countless hours of development work on the Honda Performance Development IndyCar simulator located in suburban Indianapolis so that Honda’s IndyCar customer teams could develop their cars in the virtual world.

“The resistance on the power steering is really close to the IndyCar, so that’s really impressive and we are getting really close to real life,” Pagenaud explained during his 2014 development effort.

Driving that simulator later that year, I found it to be impressively immersive, with realistic feedback from the steering wheel when turning and especially when driving over rumble strips and curbing at the track edge.

A tilting platform where the driver sits inside the shell of a race car back does a satisfactory job of simulating acceleartion, but braking still feels mostly like the platform is just tipping forward, as it is.

Discrepancies between platform motions and the images displayed on a simulator’s wrap around screen are the source of motion sickness problems in simulators, but even a few years ago, Honda’s system seemed to have that problem beaten.

The 220-degree wraparound video image is a combination of five projectors of 1,400 x 1,050 dpi resolution that refresh at 100 HZs. The platform can move two feet vertically, sideways and fore-aft, and can yaw 38 degrees, roll 27 degrees and pitch 27 degrees.

The company states that “The accuracy of every track is assured thanks to an exhaustive development process featuring driver input and focusing on every detail, from the curb angles and track surfaces to background scenery and other visible features.”

Its system sits on a six-degrees of freedom electric motion platform that even replicates the effect of aerodynamic or mechanical changes, as well as tire wear and weather.

Toyota’s simulator employs laser-mapping technology to replicate 16 different tracks with what the company describes as “an unprecedented degree of accuracy.”

Maybe those of us who haven’t been fortunate enough to get to take a Formula 1 car for a spin can adjust our goals to targeting a turn in one of these virtual representations. Certainly crashing will be cheaper and safer.