French authorities are currently investigating the accident in which a Tesla vehicle hit a cyclist and pedestrians before crashing into a van. 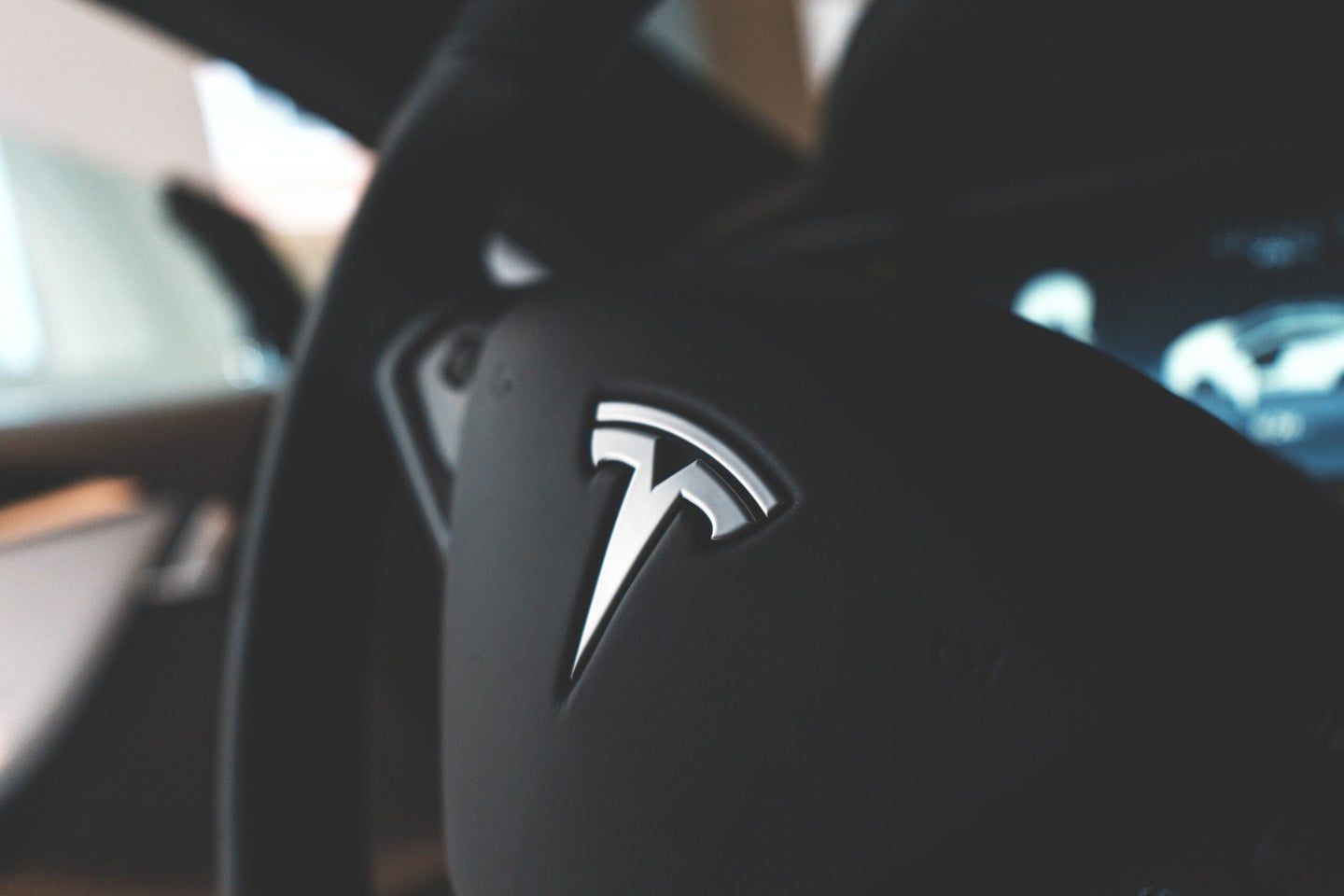 An investigation is underway to find the cause of the Tesla accident in Paris last weekend. Marvin Meyer / Unsplash
SHARE

Officials in Paris, France are working to determine the cause of an accident last Saturday involving a Tesla vehicle that killed one person and injured twenty others. There are differing accounts around the cause of the incident. According to Reuters, police are investigating the wreckage of the Tesla Model 3 and analyzing the USB key that records its activity to better understand what happened.

Sarah Saldmann, a lawyer for the driver, told Reuters that the driver claims his Tesla Model 3 accelerated “on its own” and did not respond to brakes. Saldmann adds that he was treated for minor injuries and is now under investigation for suspected involuntary manslaughter.

Reuters says Tesla told the French government earlier this week that there was “no indication” on their end that a technical fault was responsible. The French transportation minister, Jean-Baptiste Djebbari, echoed that statement in a radio interview on Tuesday, saying there was no evidence of a Tesla issue.

The driver has worked as a taxi driver since the 1990s, and currently works for G7, one of the largest taxi companies in Paris. He was off-duty at the time of the accident, but in response, the company still moved to suspend the use of Tesla Model 3 cars for its drivers, Reuters reported on Wednesday.

“We will maintain the suspension of the Tesla Model 3 while the investigation is ongoing, as a safety measure for our drivers, customers, and other road users,” Yann Ricordel, G7 Deputy Chief Executive, told Reuters.

This new report adds to the mounting concerns over the safety of Tesla vehicles. In 2020, the United States National Highway Traffic Safety Administration (NHTSA) investigated reports of Tesla cars unintentionally and rapidly accelerating after receiving more than 200 complaints of such incidents. Ultimately, the Washington Post says the agency attributed the issue to people hitting the wrong pedals, speeding up when they meant to brake, rather than technical defects. The Washington Post notes that electric cars are also able to speed up faster than most gas-powered vehicles, which could have contributed to driver confusion over the acceleration.

However, the NHTSA has been involved in looking into a number of other issues relating to Tesla this year. On Thursday, the agency said it is currently in communication with Tesla over glitching Autopilot cameras in some of its vehicles. CNBC said Tesla is replacing these on a “goodwill basis” for owners experiencing the issue, but that the company has not put out a voluntary recall. And last week, the NHTSA responded to a New York Times article published about an update that allows Tesla drivers to play video games on the dash while the car is in motion, saying the agency is “discussing the feature with the manufacturer.”

[Related: Tesla issues a recall over its latest self-driving update]

Other, more serious problems with Tesla’s self-driving and Autopilot features have prompted NHTSA investigations and recalls. This summer, the agency launched an ongoing inquiry into multiple accidents involving Teslas hitting emergency vehicles while in Autopilot mode, which have resulted in numerous injuries and one death. Then, in November, Tesla issued a safety recall over a “software communication error” in its Full-Self Driving Beta program, which has since been addressed in a software update. It is currently unknown whether the Paris driver was using the Autopilot feature when the accident took place this past weekend.

Tesla CEO Elon Musk has not commented on the crash, but he did broadly respond to safety concerns around automobile autonomy in a Monday interview with TIME, which named him 2021’s “Person of the Year.”

“I think it’s one of those things where you’re not going to get rewarded for [the lives that you save], necessarily, but you will definitely be blamed for the lives you don’t,” Musk told TIME Editor-in-Chief Edward Felsenthal. “Even if you save 90 percent of the lives, the 10 percent that you don’t save are going to sue you.”