This Company Wants To Turn Your Car Into A Driverless Car

'Drive.AI' sells a kit to convert your beater. Also: it wants to put emoji on top of it. 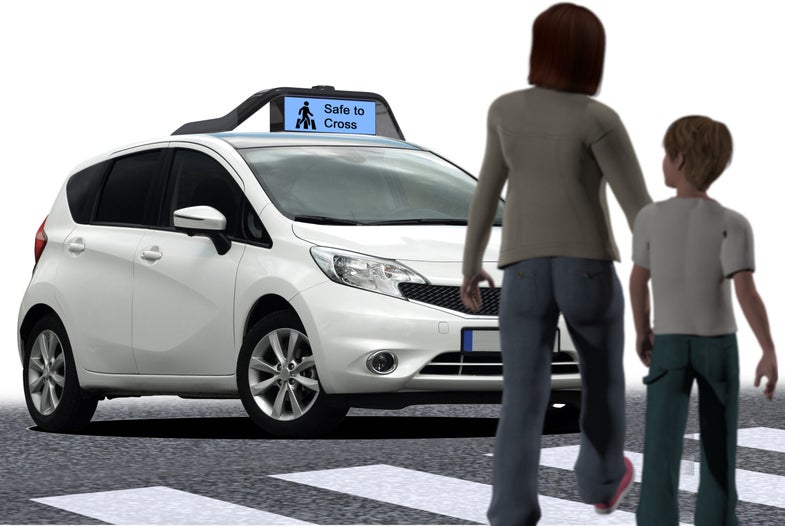 More than ever, car makers and transportation are finding ways to incorporate automated driving into their product offerings. Tech companies like Google, Uber, Lyft as well as car companies like Tesla, Toyota and Hyundai can all cleary see what lies on the road ahead. Now one more company enters the fray: Drive.ai.

Drive.ai, launching today, doesn’t make a car. Instead, it will sell a driverless car kit that will allow drivers to retrofit their existing vehicle with the gear needed for it to pilot itself. An in-car system will provide the brain of the driverless car, while a roof-mounted display will let drivers communicate.

The appeal for self-driving cars is obvious to some: the visually-impaired and elderly can suddenly partake it efficient transport.

And, presumably, with every car communicating with each other accidents would go way down. Drive.ai wants to improve communication not just between cars but between pedestrians and others around the car as well.

A screen sits above the car–similar to the signs above city cabs–depicting if it’s safe to cross or saying “thank you” to a driver behind you. “We’re testing the ability to show emoji-based signals on top of the car to communicate with other drivers,” Drive.ai co-founder and president Carol Reiley tells us. 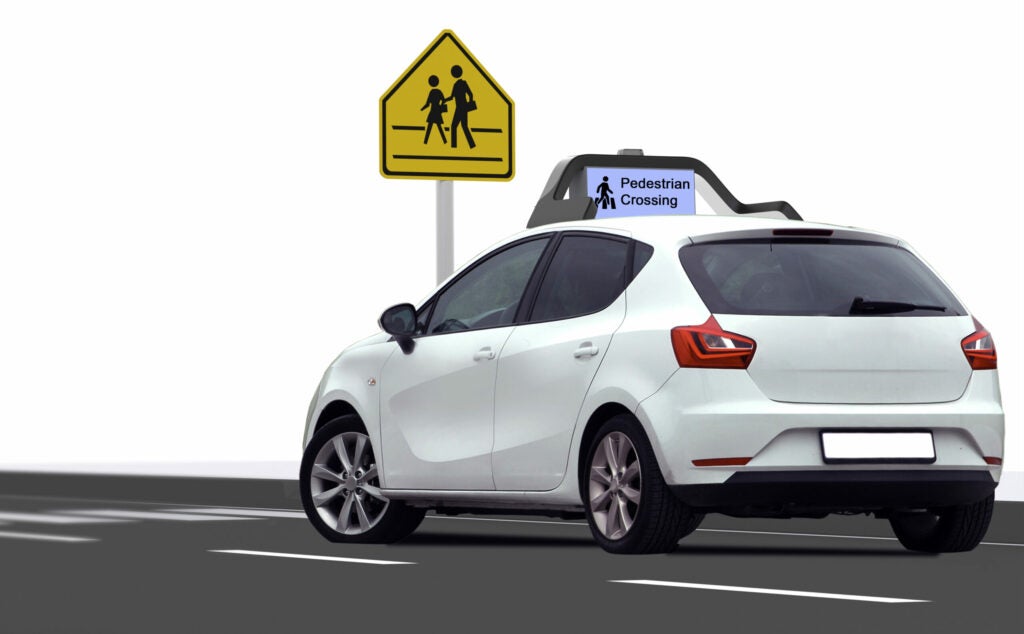 Better communication using the top of cars is Drive.ai’s vision

Along with smiley faces and hand gestures, Drive.ai will use deep learning the software commanding the car. “Our founding team has been working on deep learning’s applications to self driving vehicles since its early stages,” says Drive.ai’s other co-founder Sameep Tandon. “This is truly the enabling technology for the future of autonomous transportation, and we’re leveraging it for navigation and interaction both inside and outside vehicles.”

Other companies like Uber and Google are also using deep learning artificial intelligence to solve the problem of autopilot in everyday cars.

Drive.ai has siphoned talent from other car companies to perfect their self-driving car secret sauce. Talent, for example, like Steve Girsky of General Motors–itself a player in the autonomous vehicle field alongside its partner Lyft–counts himself as a member on the board of directors for Drive.ai.

There’s no word on when drivers can expect Drive.ai’s self-driving kit to become available, nor how it will ensure legal compliance with the rules of the road. And with no shortage of competition–especially from Uber, who’s automated, ride-hailing efforts hit the road this summer–Drive.ai will have to move fast.