E-bikes could be the future of transit in city centers

Here's what it will take for bikes and e-bikes to be more commonplace. 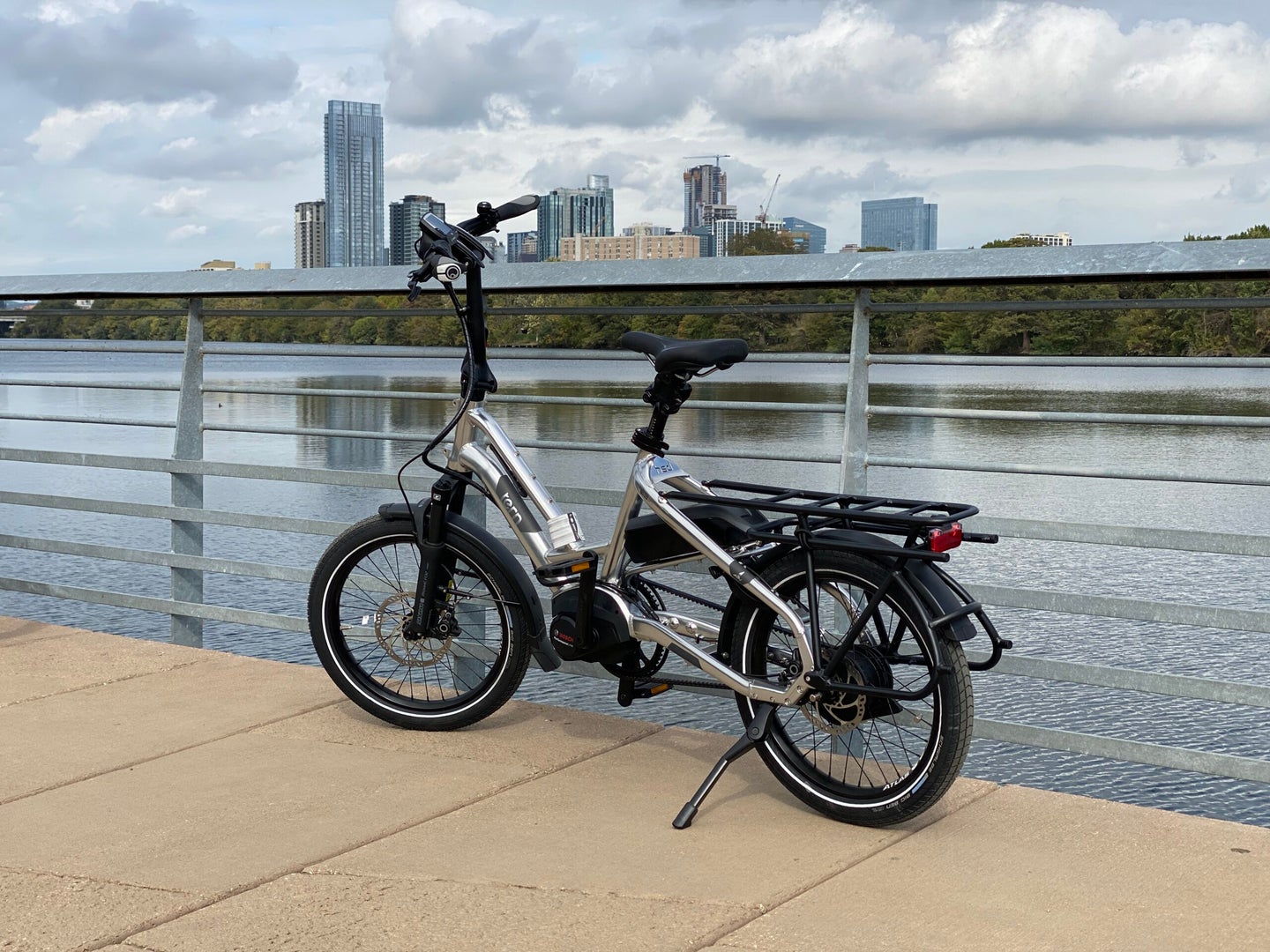 At the start of the pandemic nearly three years ago, the number of outdoor activities increased rapidly. Off-roading and overlanding (adventure traveling in a vehicle combined with camping) pursuits have been front and center ever since, and bicycle riding is on an upswing. The Rails-to-Trails Conservancy, a US-based nonprofit that promotes the transformation of unused rail corridors into trails for hiking and biking, says its trail counters showed an average increase in trail use of 51 percent for 2021 compared to 2019. This number continues to expand.

Bike riding isn’t just for outdoor fun, however. Cars and city streets are making room for more cyclists, and e-bikes could help reduce emissions and smog while offering benefits for riders. E-bikes are a less-sweaty way to get around compared to manual cycling since they have an electric motor that can give the  bike a boost. That brutal hill on the way to work? Easy to get up with motorized wheels.

“We need to at least get some people out of their trucks to make room for the rest of us,” Stallings told NPR. Continuing the conversation with Houston Public Media, he said: “You take up less footprint, less space, you have fewer parking issues [with bikes]. And you save a ton of money on gasoline and car payments and insurance.”

To be clear, e-bikes aren’t motorcycles; the two modes of transport have different rules. Vehicles must fit into one of three classes to qualify as an e-bike: class 1 covers bikes that use pedal assist up to 20 mph; class 2 covers bikes that also include a throttle along with pedals and can travel at speeds of up to 20 mph; and class 3 is an expansion of class 1 with e-bikes that can reach speeds of up to 28 mph.

Protecting cyclists on the road

According to the Center for Disease Control and Prevention, bicycle trips make up only 1 percent of all trips in the United States, but bicyclists account for more than 2 percent of fatalities involving a motor vehicle. Every year, nearly 1,000 cyclists are killed and more than 130,000 are injured on US roads. The cost impact from health care expense plus lost lives and work productivity is estimated to be around $23 billion.

Nonprofit bike advocacy organization League of American Bicyclists’ executive director Bill Nesper says US roads weren’t always built to prioritize cars the way they are today. In fact, the first vehicles to use paved roads were carriages and bicycles. Members in the organization have witnessed the evolution since it was founded in 1880, several years before cars became commonplace. It wasn’t until after World War II that our streets became so car-centric, Nesper says. Community groups like Strong Towns call city infrastructure roads “stroads” (street plus road) and are trying to bring more attention to the unsafe conditions it presents for pedestrians and bikes.

“It’s absolutely true that people moving and getting around by foot and by bike is an afterthought, you know, if thought about at all,” Nesper told NPR.

Organizations like BikeTexas and the League of American Bicyclists have successfully lobbied lawmakers to add bike-only lanes to city streets, especially as the number of cyclists increases.

Bosch’s Kurt Hoy says the manufacturer voluntarily creates components with extra layers of safety beyond the legal requirements and certifications. Bosch competes with the likes of Brose, Shimano, and Yamaha for e-bike market share, and Hoy says it’s critical to look for a product with stringent standards, because there are plenty of companies pairing a substandard motor with a bike and selling it for pennies on the dollar online. Honestly, high-quality e-bikes aren’t cheap; I tested a Tern with a Bosch motor that provided 400 percent assist that retails for about $5,000.

That said, part of what customers are paying for is the safety factor, and cheap e-bikes with poorly maintained or damaged lithium-ion batteries have a much greater potential to catch fire.

Legislation under consideration for e-bikes and batteries

Delivery cyclists swapping batteries between subpar bikes are unknowingly contributing to the risk, and organizations in big cities like New York are considering bans on sales of second-hand electric vehicle batteries along with batteries that haven’t been approved by a nationally recognized testing lab like UL.

Companies using multiple safety protocols are highly unlikely to have batteries or chargers that catch fire because each component in the devices is isolated from the others. Bosch, for instance, encases individual lithium-ion cells in its batteries in flame-retardant plastic and tightly seals the compartment to protect it from water.

Charging is a critical point for e-bikes, and Wasko says her company’s battery management system can detect high temperatures and immediately shut down the battery. That protocol protects owners from “deep charging” and overcharging their e-bikes, which can cause excessive heat that leads to a fire. Responsible brands should comply with laws and certify their systems to voluntary and/or mandatory standards and norms, she says.

With all that added in, e-bikes may be a considerable investment. But for those living in crowded urban areas with limited parking, it could still be a smart one. For one, an e-bike costs a fraction of the price of a car and doesn’t require costly trips to the gas station or electric charging station. The key is to purchase and use bikes that are tested at a qualified testing laboratory, and it should serve for years to come.