Everything new on Nascar’s ‘Next Gen’ vehicles

Bigger wheels, a new modular chassis, and more. The Next Gen cars pack in a lot of changes. 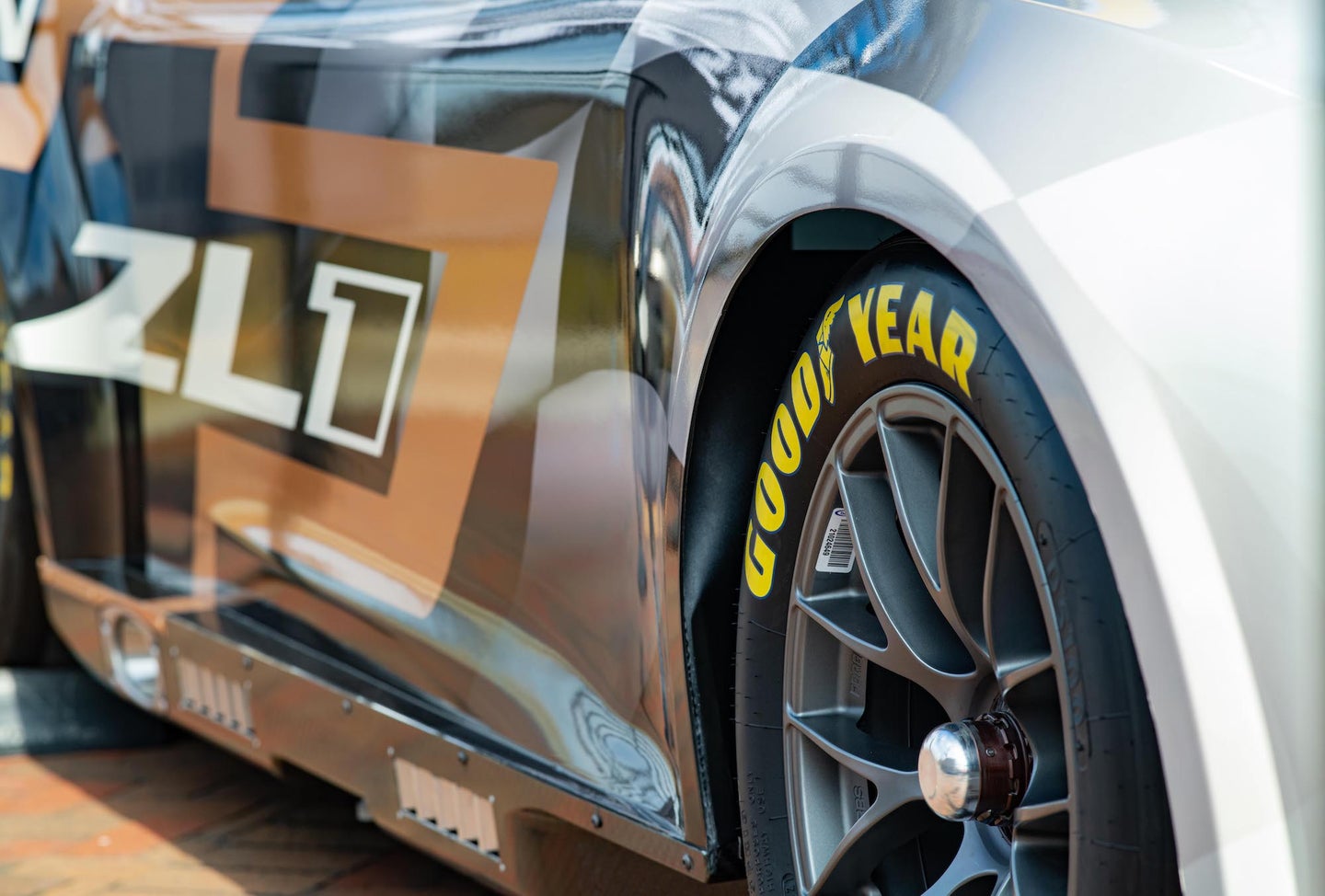 Tuning in to watch Nascar races this season will reveal surprising changes to the iconic stock car racers.

The most visible shift is the movement of the cars’ numbers from their traditional spot on the doors toward the fenders, clearing space on the doors for the all-important sponsor logos. But look closer and you’ll notice that these cars are now more readily identifiable as the Mustang, Camaro, and Camry street cars they impersonate. No more amorphous teardrop-shaped vehicles that bear little resemblance to the street cars they purport to represent.

Those cars were shaped the way they were for good reason: Aerodynamics dictate success in high-speed racing like Nascar. And the only way to give all brands a fair chance to win was to make the cars look essentially indistinguishable from one another.

But for this season’s debut of the so-called “Next Gen” race car, Nascar is making wholesale changes, not only to the cars, but to the very philosophy underpinning the Nascar Cup series. Until now, the thinking was that if you could design and build a car within the existing rules that was better than other teams’ cars, then you’d reap the benefits of your creation and win races.

But the arrival of smart engineers and computer-aided design tools has led to a costly race for infinitesimal gains, and Nascar decided that that approach was not financially viable for the long-term success of the series.

Starting this season, the Next Gen car is instead an assemblage of purchased off-the-shelf parts. These parts cost the same for everyone, and expensive development of them isn’t allowed—so these kit cars should deliver nearly identical performance. This should, in theory, help lower-budget teams be more competitive for wins.

It starts with a car’s chassis. Until this year, teams built their own chassis (the frame and suspension), or low-budget teams might have bought a used chassis from bigger-budget teams. Now, everyone gets theirs from Michigan’s Technique Chassis, LLC.

The frames were welded together with continuous steel tubes that ran from the front to the back. Repairing one of these after a crash meant cutting the bent tubes out and welding in new ones. The new chassis is modular, with a center section housing the driver that has bolt-on mounts for front and rear sub-sections that contain the suspension and brakes. Crash one of these cars, and the repair could be as simple as unbolting the bent sub-section and bolting on a new one.

[Related: A big change is coming to F1 cars—and their tires]

Knowing that crashes are inevitable, teams will be able to have pre-assembled front and rear clips, with all the parts already mounted. This will make repairs at the track quicker and easier and shift some of the workload to civilized weekday hours back at the team’s headquarters. What’s more, cars damaged in practice and qualifying now have a better chance of being repaired in time for the race.

Another factor that is important to the car makers that support Nascar is the need for these “stock” cars to more closely resemble actual production models. So the series is applying sophisticated aerodynamics that use airflow under the car to control downforce more than the air flowing over the car’s body. This lets manufacturers shape the racers’ sheet metal to more closely represent the cars that race fans can buy when they get home. New this year is a carbon fiber undertray that runs the full length of the Next Gen car’s underside. Air feeds into it from a stepped splitter under the front bumper and it exits from a diffuser out the rear.

Also, you’ll probably notice the subtle difference in each car’s stance, which has resulted from the retirement of the ancient 15-inch steel wheels that Nascar has used for decades. Instead, the Next Gen car rolls on aluminum 18-inch BBS wheels wrapped in lower-profile Goodyear racing slicks. The impression is a more contemporary looking ride rather than the decidedly retro style of the old small-wheel configuration.

The advantage to sole tire supplier Goodyear is that the construction of these 18-inch tires is closer to that of the company’s high-performance street tires, making technology transfer between the two a more realistic possibility again. Also, it won’t hurt Goodyear’s sales of those tires if they look passably like the race tires, which wasn’t possible with the 15-inch tires.

The switch to bigger wheels would mean heavier wheels, but by changing from steel to aluminum, Nascar has been able to offset the weight of the larger size with lighter material. The larger wheels also provide space for larger brakes, which are a necessity for regular road racing. Now the cars wear AP Lockheed six-piston front calipers squeezing 15-inch rotors and four-piston rear calipers acting on 14-inch rotors.

“The brakes are terrific and I know this isn’t even a short-track set-up, but they stop extremely well,” remarked Roush-Fenway Racing driver Chris Buescher in a press statement after testing a prototype Next Gen car. “There’s not going to be any issues getting to pit road and not having the stopping power, just going to be a matter of not spinning out.”

At the center of those wheels is a contensious hot spot for hardcore stock car fans. Where the old steel wheels were fixed with five lug nuts, just like the wheels on your family car, the Next Gen car employs a single central nut on the wheel hub. This will make pit stops faster and less conducive to human error, as the single wheel nuts will go on and off much faster.

Of course, the Nascar crews aren’t yet used to these new systems, so early in the season we can expect to see some hiccups when crew members cross-thread the nut or suffer other problems as they familiarize themselves with center-lock wheels.

But there is no question that it is a better system, as has been proven in nearly every other professional racing series in the world over several decades. Nascar’s just catching up in this case.

Similarly, Nascar is moving to modern rack-and-pinion steering in place of the old recirculating ball design employed since the series was founded 75 years ago. While this rack-and-pinion design is valued for its accuracy and steering feel in road racing situations, Nascar’s test drivers have struggled during the Next Gen car’s development to get the steering to work as well as the old kind when roaring around the oval tracks.

The Next Gen car features an Xtrac Inc.-supplied five-speed sequential transmission, with a shifter that only rachets forward for downshifts and rearward for upshifts. If you’ve ridden a motorcycle then you’ve used a sequential gearbox. (It is “sequential” because you shift through the gears one at a time, sequentially.)

The old four-speed transmissions had traditional H-pattern shifters that positioned Neutral in the center of the pattern and made any gear accessible from any other gear, at any time. Sequential transmission shifts are faster because the shifter slides a very short distance. The big ol’ H-pattern shifter required time to move from one gear to the next. For Nascar, this didn’t really matter when cars were droning around in endless circles for every race.

Forget the nonsense you’ve seen in Days of Thunder or the “Slingshot engage!” of Talladega Nights; downshift while drafting on a superspeedway during a race and the only outcome will be a big wreck and a blown engine. Nascar drivers don’t do it.

But now Nascar wants to do more races at road racing tracks such as Watkins Glen in New York, and to more hybrid races held at traditional oval venues. These are referred to as “rovals,” a portmanteau of “road” and “oval.” These are tracks like the one used for the 24 Hours of Daytona sports car race, where the cars dive down from the banked oval and tear around a serpentine course through the oval’s infield before returning to charge down the back straight.

In these kinds of races, with their variable speeds and tight corners, drivers shift gears many times each lap. Making those shifts with the clunky old H-pattern shifters was a source of problems, as the linkage could break or the drivers could shift to the wrong gear by accident.

The new sequential shifters, therefore, will make the cars less likely to break during road races and will help prevent the drivers from making mistakes that could cause a spin. “It’s a little bit of just mind over matter as far as shifting, trying to make sure you keep pulling backward [on the shifter] for the sequential stuff, which was really neat,” Buescher said. “I really enjoyed using it and got better as it went, learning what it can and can’t do there by the end.”

Learning about the new cars is why Nascar has done many tests with them before the season started, and then got a preview with a non-championship race held on a makeshift track at the Los Angeles Colosseum in January.

Nascar’s goal has been to finalize specifications that will make the cars predictable and reliable, with the flexibility for teams to adjust them to suit conditions and their drivers’ preferences. “It is a driver preference and we need to get that big box [of adjustment options] opened up for everybody to choose what they want,” explained driver Kurt Busch after a test day in a Next Gen prototype. “Some of it is troubleshooting. Some of it is just getting a feel and some of it is just creating a box where everybody will be able to find what they need within the system.”

Inevitably, there will be some teething pains this year, as drivers and teams encounter issues that didn’t arise during development or they make mistakes because of unfamiliarity with how the Next Gen car works. But Nascar looks to be solidly on course to achieve its goals of using cars that cost less to race and provide opportunities for smaller teams to succeed, while also better representing the production cars they look like—all while delivering better road racing capability so Nascar can use a wider variety of tracks.

It is a tall order, but it looks like there’s a good chance Nascar has accomplished it. Now we’ll just have to tune in to see how it works out. These cars made their competition debut in the tight confines of an improved track inside the LA Coliseum on Feb. 6 in the non-championship Nascar Clash all-star race. They make their regular season superspeedway debut in the Daytona 500 on Feb. 20.