Watch a stunt athlete hit the autobahn (hard) on a bike

The German highway has no speed limit—but an electric motorcycle does. 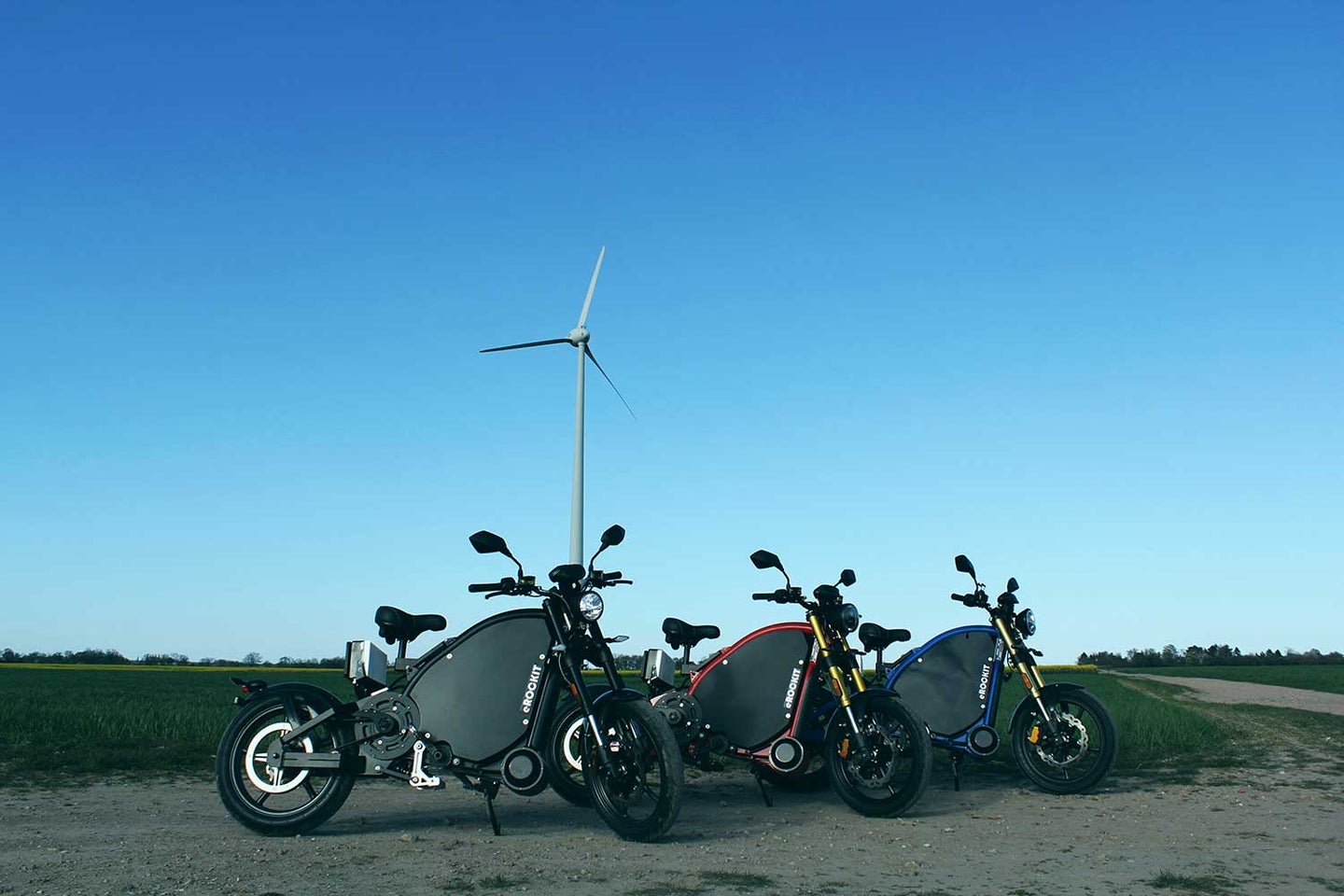 Driving on Germany’s Autobahn is a bucket-list experience for many an automotive enthusiast. But what about pedaling a two-wheeler on it?

“The eRockit is probably the most extraordinary electric motorcycle of today,” the company states not so humbly in a release. “You don’t control the speed with a throttle, but with pedals! It is intuitive and easy to use like a bicycle, but is as fast as a motorcycle. With a top speed of about 90 km/h (56 mph), the eRockit is even well-suited for driving on the Autobahn. It is powered by an air-cooled permanent synchronous motor with a peak output of 16,000 watts. The driving experience is absolutely unique, almost indescribable and magical.”

The eRockit has a range of 75 miles, according to the company, and enables riders to “move with constant light pedaling with little resistance, without fatigue. Overtaking cars in city traffic is very easy. Maneuvering, great agility, and very good road holding also make this motorcycle special.”

So what did Kopke think of his experience on the Autobahn with the eRockit? “I have driven a decent number of bikes from Kawasaki to Suzuki, Yamaha and Honda—all models from 600cc to 1,100cc. Everything was already there. But I have never experienced such a mixture of physical activity similar to cycling and this incredibly good acceleration. It’s doubling the fun!” he said.