The company trying to protect crowded events from drone attacks

DroneShield has deployed in Texas and Massachusetts, and has also supplied equipment to Ukraine. Here's how the complex tech works. 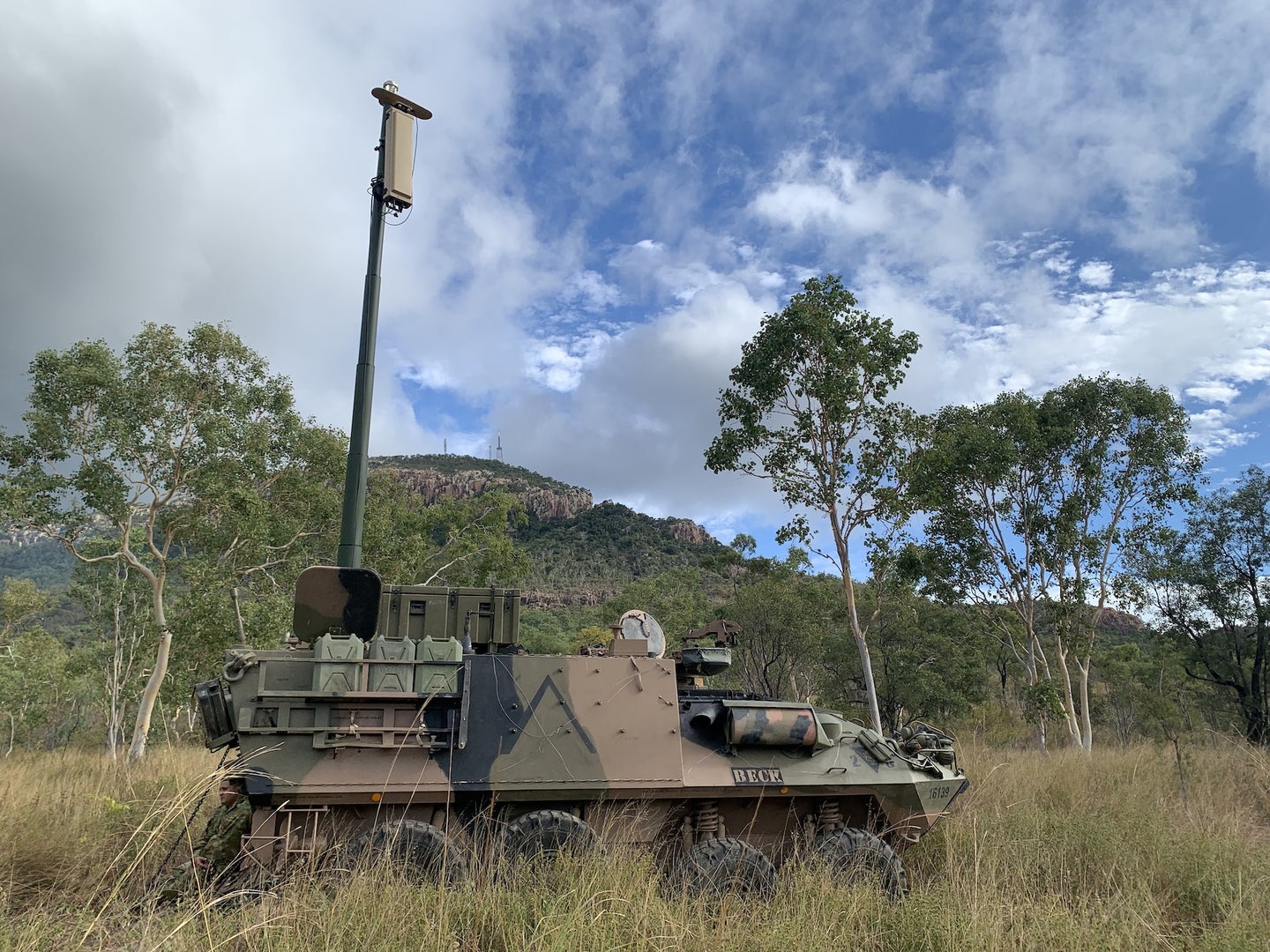 This Australian vehicle has a long-range drone sensor on it. DroneShield
SHARE

In April, when athletes gathered for an annual Texas triathlon, they did so while sensors from counter-drone company DroneShield scanned the sky, looking for any out-of-place drones that could be used for malicious intent. The contract, announced May 5, included ground-based radar and radio frequency sensors, as well as software to recognize and track drones. The company, now a regular feature at high-profile events with large crowds, exists as a modern tool for an especially modern kind of threat.

“We started the business about seven years ago, when we had a vision that drones were going to present a threat,” says DroneShield CEO Oleg Vornik. “It was not quite as obvious back then. People were asking us, ‘Well, a drone can fly maybe 50 meters smack against the nearest tree, and that’ll be the end of it. So why are you trying to do anything about drones used for nefarious purposes?”

Operating under the assumption that drone technology would improve over the intervening years, the company started looking at how to detect small, hobbyist-sized drones—the kind that could be flown purposely into a crowd of people to do harm. DroneShield’s first detection tool was an acoustic sensor, designed to pick up the specific buzzing sound of drone engines, as distinct from other ambient noise, and then offer the person using the sensor some information about the kind of drone found.

“We deployed at the Boston marathon—Boston police asked us to do that after the terrorist couple years earlier,” said Vornik. That deployment was for the 2015 Boston Marathon, and DroneShield has played a recurring role in security at the event ever since. Boston is especially sensitive to the possibility of technology built for one purpose used for another—as a weapon— because the 2013 Boston Marathon bombings were done by bombs made out of pressure cookers.

At events like the recent Texas triathlon, the function of DroneShield remains largely the same: Scan the skies for signs of drones, and then use that detection technology to locate the drones or drone operators if found.

Stopping a drone once it has been detected is a trickier part of the task, because in most countries the authority to take down a drone rests with law enforcement. To offer government customers a way to stop drones without bullets, DroneShield built a gun-shaped jammer, with the form factor of a rifle and the aesthetic stylings of a weapon from a Final Fantasy game. (The modern versions now look like weapons out of a later-day Halo game or a 1980s Claremont-run X-Men comic, specifically.)

When it comes to finding the drones, DroneShield systems use a range of sensors, including some that are specifically useful at distinguishing between flying machines and flying animals.

“We turned to radio-frequency based detection. A radar can be thought of as motion detection in the sky, and it confused drones with birds, especially fixed-wing drones with birds,” said Vornik. Radio frequency detection, besides not confusing birds for drones, has the added advantage of being a listening tool, passively picking up signals emitted by others instead of, like radar, pinging away and emitting signals. While this is less important for monitoring sporting events, DroneShield also markets its products to militaries, where giving away the location of the sensor could prove deadly.

To identify drones, DroneShield trained an AI on drone characteristics, like the patterns of motion seen on a camera or radio signals transmitted, and then looked for a match that is closest to the observed characteristics. DroneShield employs a range of detection technologies in different form factors, from body-wearable sensors to freestanding sentry towers. The sentry towers can include sensors offering passive radio frequency detection, radar, and cameras to find and identify drones, and can even mount jammers.

These sensors work at different ranges, creating overlapping fields of greater and lesser clarity in what can be seen and tracked.

While DroneShield aims much of its product at detecting and tracking commercial drones in safe airspaces, it found those same tools to have real military utility. This includes working in battlefield environments, like Ukraine.

“We have supplied and are currently in discussions to hopefully supply more to the Ukrainians,” said Vornik, who did not specify which products had been sold to Ukraine. An April 2022 investor presentation from the company noted that an initial sale to Ukraine had been completed, with favorable in-field feedback. “We find interestingly that our products seem to be performing well in that environment. We were really curious how it was gonna go. It seems like the Russians, at least for some of their drones, are using Western commercial off the shelf parts, especially in something like the Orlan-10 drone, which had quite a lot of publicity in the news.”

The Orlan-10 is a smaller drone used as an artillery spotter and scout, and it is built on many parts common to commercial products. Because those parts are known in the hobbyist space, they are familiar to DroneShield’s AI in a way that exclusively Russian-made parts might not be.

“We have had our products deployed by Western forces in Syria, and that was our first deployment in that sort of situation,” says Vornik, “and that was well received.” The deployment included the DroneGun jammers, among other systems.

While DroneShield was willing to speak to the use cases of the systems, specifics of actual drone takedowns were less forthcoming, in part out of an obligation to the military or police agency that used the DroneGun or other products.

DroneShield is just one of several companies in the growing counter-drone space. What is clear in 2022, in a way that was more theoretical a decade ago, is that commercial drones can be used to deadly effect on the battlefield, and could be used that way elsewhere. Figuring out how to detect, track, and stop drones before they are used to cause harm, without disrupting other communications or violating the law, is a hard problem, one DroneShield has spent years trying to answer.