Crowdfund A Shield That Protects Against Snooping Drones

And calm your drone-panicked nerves! 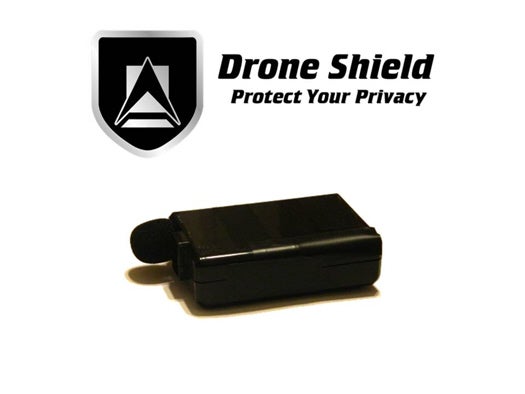 In September 2015, the Federal Aviation Administration will open standard US airspace to drones. Not keen on the idea of undetected flying robots overhead, a few engineers and computer scientists have a crowdfunding campaign for a drone detection device called “Droneshield.”

Drone Shield is a pager-sized device (remember pagers?), with the incredibly cheap Raspberry Pi computer at its core. It detects drones by sound, using a microphone to pick up the noise before human ears can. It then uses the processing capacity of the computer to understand the signal, screens it against an internal database, before sending an alert out over text message or email.

So far, the project founders already have the database set up, and are hoping that enough interest in the project will eventually allow them to sell the device for about $20. As crodwfunding project rewards, they have a box of parts available for $59 and they’ll send out an assembled Drone Shield for $69. So far, the project has raised $232 of it’s $3,500 goal, but there’s still 46 days left in campaign.

This isn’t the first anti-drone concept we’ve seen. There are clothes, cities, and so-called “active countermeasures”, but none of those could fit in a pocket, and even that drone-proof hoody is not terribly discreet. Using Drone Shield while out and about looks to be no more unusual than having a cell phone battery pack.

The project video is all drone panic, set to a minimalist disco beat.

It shows a broad array of perceived drone threats, including the military RQ-9 Reaper, and the high-end Aeryon Scout quadrotor, as well as a cheaper police-themed quadrotor kit and radio-controlled helicopters. That provides a nice overview of how broadly we define drone, as it ranges from state of the art, $12+ million military Reapers that carry missiles and cruise at 30,000 feet to $20 toys that fly maybe 50 feet.

The drone shield is sold with a “no predator drones” sticker, but the device itself is only designed to pick up the signatures of commercial drones, which predators are very much not. This is the first major limitation of the technology – high altitude drones are almost impossible for the device to pick up. There’s also the problem of matching – if there is a drone with a different engine sound than one already added to the database, it’s entirely possible the Drone Shield won’t be able to pick it up. To counteract that, the database can be updated, and the creators are open to users submitting new sound signatures so the database can be more complete. So there are limitations.

“Drone Shield” might be overstating the device. As “quadrotor detector,” however, it looks remarkable, and I imagine future iterations of the device will expand well beyond these present shortcomings.