This new gold nanomaterial is so thin, it’s considered 2D 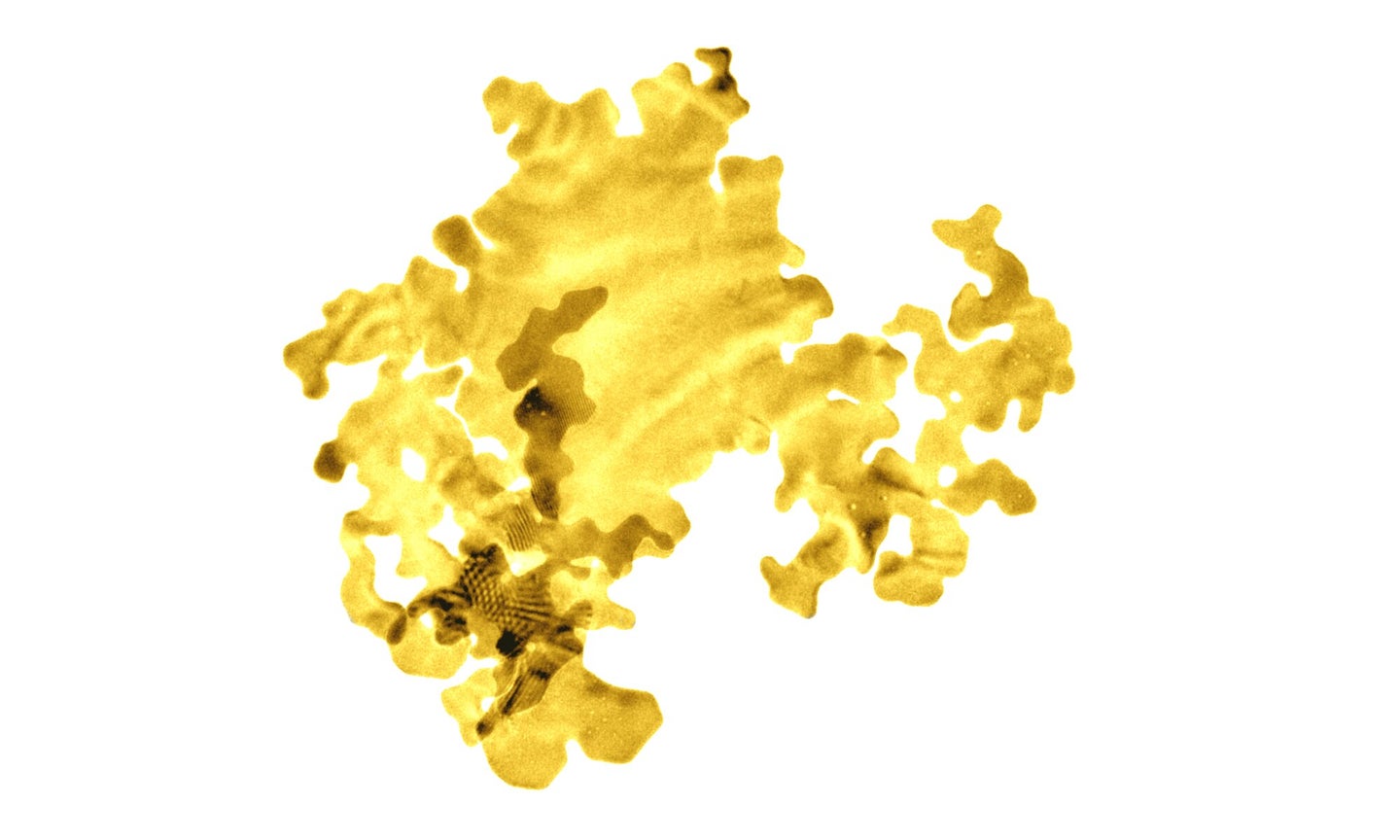 Scientists at the University of Leeds in England created the thinnest gold nanomaterial yet, just two atoms thick.

The newly-developed substance stacks up to a mere .47-nanometers, which is one million times thinner than a human fingernail and one-fifth as thin as the diameter of a strand of human DNA, according to a paper published Tuesday in the journal Advanced Science.

To create the gold nanosheets, the researchers combined gold with two acids—chloroauric acid (which is widely used in gold refining processes) and sodium citrate—in a methyl orange solution. After letting the mixture sit for 12 hours, they centrifuged it, then washed the resulting pellet, made up of layers of extremely thin 2D sheets, with ultrapure water.

In order to examine the pellet’s contents, they dissolved it in water—which dispersed the flakes and turned the liquid a blue-green color (not shown above). This feature, along with the substance’s sheetlike structure, helped the stuff earn the nickname “gold nanoseaweed”.

The super-fine metal could be used for both medical and electronics uses. For example, since the flakes are flexible, they could help create better bendable screens, electronic inks, and transparent displays, according to an announcement about the discovery. In medicine, the material could be used in rapid diagnostic tests or in water purification systems. Lab tests demonstrated the ultra-thin gold is 10 times more efficient as a chemical catalyst than the gold nanoparticles currently used by industry—which could mean certain industrial processes might need less of the precious metal to achieve the same effects.

Since the discovery of the first 2D material, graphene, a little more than a decade ago, materials engineers have gone on to create and explore the potential of other nanomaterials’ unusual physical and chemical properties for batteries, solar cells, and other electronics.

“Not only does it open up the possibility that gold can be used more efficiently in existing technologies,” says the paper’s lead author, Sunjie Ye, in a press release, but “it is providing a route which would allow material scientists to develop other 2D metals.”