Tiny Motorized Robots Can Clean Carbon Dioxide Out Of Seawater 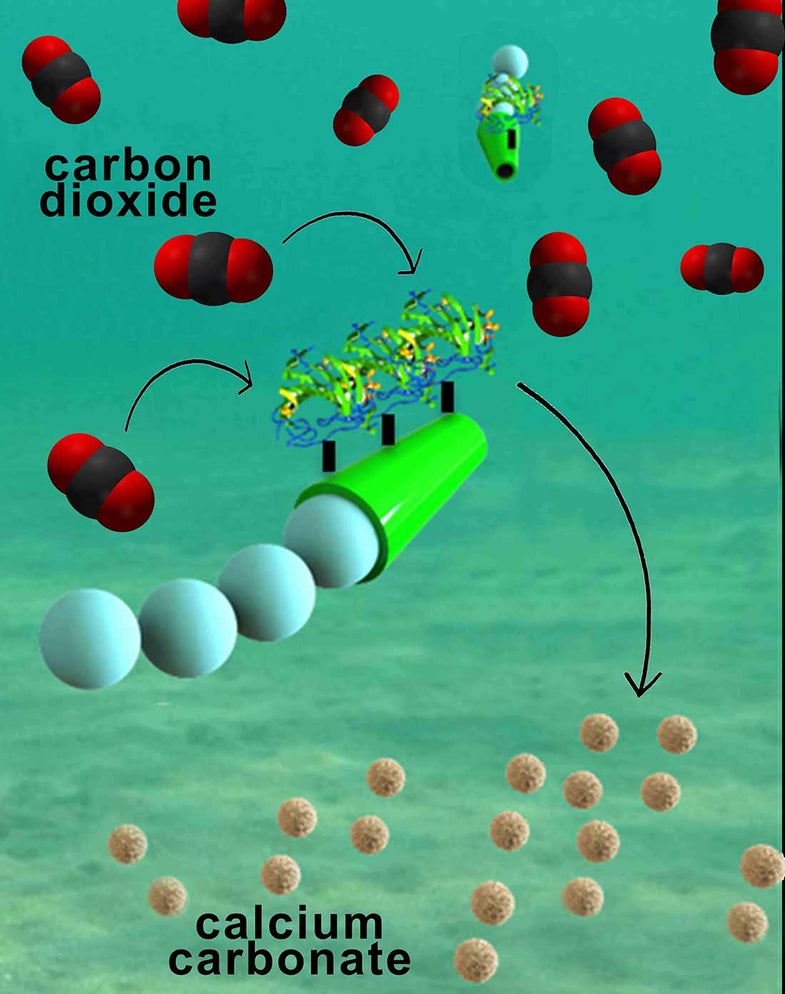 Thanks to our penchant for burning fossil fuels, there are increasing levels of carbon dioxide (CO2) in the atmosphere, which means there are increased levels of CO2 in the oceans as well. Higher amounts of CO2 in the ocean cause the water to become slightly acidic, threatening shellfish whose shells can dissolve in the water. Scientists believe that ocean acidification caused one of the worst mass extinctions in the planet’s history.

So what to do? Some scientists at UC San Diego believe they may have engineered a very, very tiny solution. They have created microbots that move quickly through the water, removing up to 88 percent of all carbon from seawater and turning it into calcium carbonate, the same thing that most seashells are made of.

The microbots are powered by a chemical motor, a device that reacts with low levels of hydrogen peroxide added to the water. As the robot comes in contact with hydrogen peroxide particles, the platinum robot moves through the water, capturing the carbon and turning it into a solid.

“In the future, we could potentially use these micromotors as part of a water treatment system, like a water decarbonation plant,” Kevin Kaufmann, an undergraduate co-author of the study said in a press release.

But it will be a long time before any decarbonation plants come about. Kaufmann and his co-authors hope that they can eventually engineer micromotors that run on water instead of hydrogen peroxide, making the process even greener.

“If the micromotors can use the environment as fuel, they will be more scalable, environmentally friendly, and less expensive,” Kaufmann said.