The forthcoming Celestiq will be very expensive, luxurious, and powerful. Here's what it says about where Cadillac has been—and where it's headed. 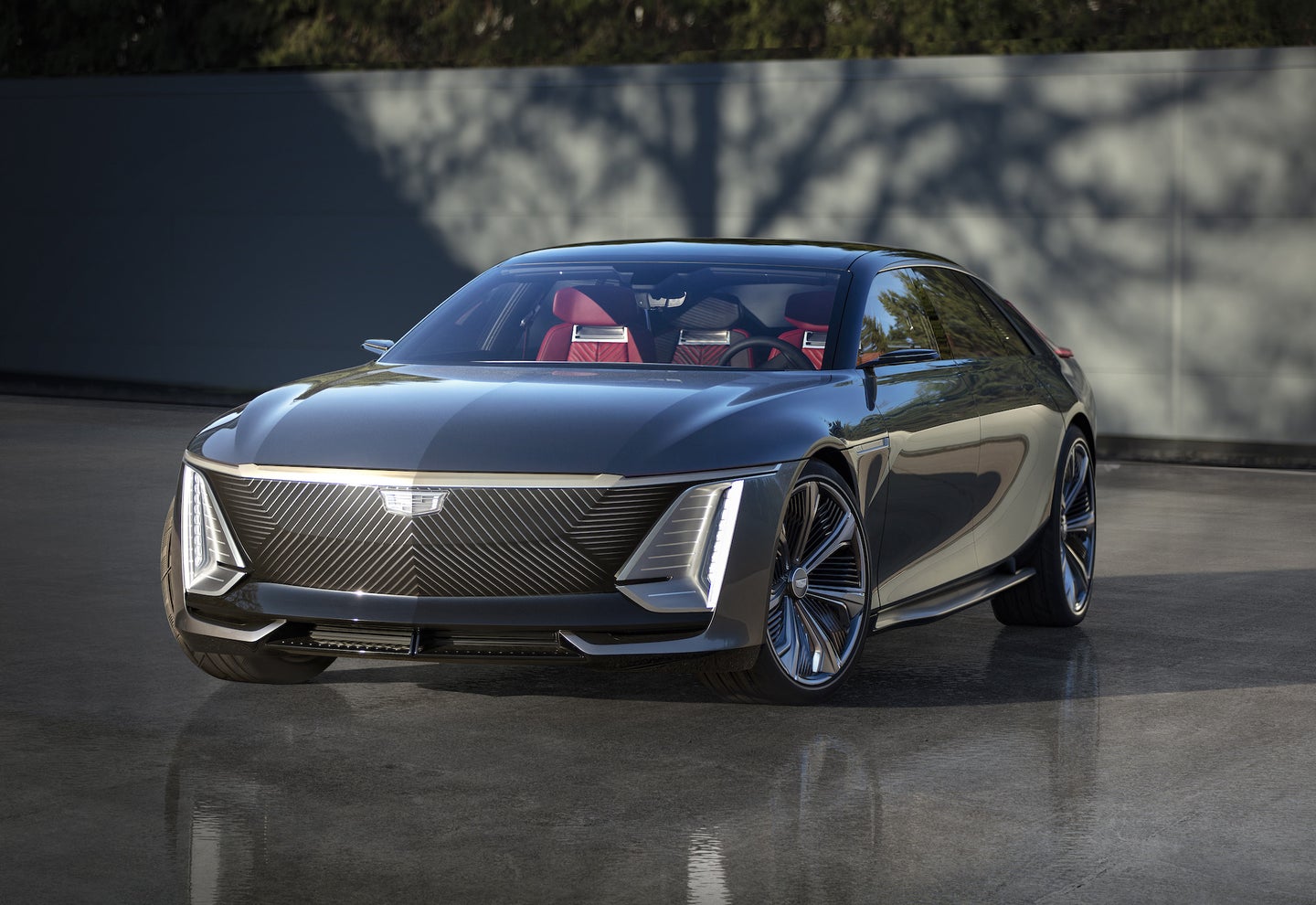 Cadillac once represented the luxury standard of the world. In the era prior to the 1973 oil crisis, Cadillac was responsible for churning out vehicles with powerful engines, luxurious interiors, and technologically advanced creature comforts. Plus, the brand wrapped all of that in a stunningly gorgeous exterior design. While some might have turned up a judgemental nose at the sheer size or soft floaty suspension of a golden-era Cadillac—think early 20th century to about 1969—the premium experience on offer was unparalleled. General Motors put Cadillac at the top of its multi-brand lineup for a reason.

For decades the company has been struggling to regain its former glory after a series of unfortunate events relegated Caddy to a luxury also-ran, a brand known as a denizen of the cul-de-sacs of Boca Raton retirement communities. But with the upcoming ultra-luxury Celestiq electric sedan, General Motors’ crested brand is hoping to regain the footing it once held. Cadillac announced production intent of its very pricey flagship sedan on July 22, with the aim to take on the best that Rolls-Royce and Mercedes-Maybach have to offer—and do it with zero tailpipe emissions.

Cadillac has recently pledged that it would be an all-electric luxury brand by 2030. Cadillac’s first all-electric offering—the 2023 Lyriq, a two-row premium SUV—sold out in a matter of just four hours, reportedly around 25,000 units. Production of the Lyriq began back in March, and customers are already starting to receive their electric SUVs. Built with GM’s Ultium battery architecture, the rear-wheel drive Lyriq starts at around $63,000 and delivers 340 horsepower and 312 miles of range, which is quite competitive in the current EV market.

If the Lyriq represents the future of Cadillac’s bread-and-butter offerings, then the Celestiq is a powerhouse halo vehicle that aims to draw potential buyers into the showroom for a closer look. The Celestiq has been designed and built with Cadillac’s old “Standard of the World” tagline in mind. The dramatically-styled hatchback was designed to blend the future with bits of the brand’s long history. Expected to debut as a 2025 model, the Celestiq will be hand-built in Warren, Michigan with customers able to customize pretty much any detail of the car they want.

Cadillac hasn’t said much as to what kind of power the Celestiq might offer when it is finally delivered. Considering that the competition from Rolls-Royce makes use of a 600-horsepower gas-burning V12, and Bentley’s Flying Spur now has a 536-horsepower hybrid V6 on offer, the Celestiq is going to need some impressive electric shove to keep up. By all indications the Celestiq will only come in all-wheel drive layout with an electric motor at each end. To really get the extreme luxury clientele to sit up and take notice, Cadillac might be smart to install the combined 1,000 horsepower electric motors directly from stablemate GMC’s Hummer EV.

Power notwithstanding, the main thing that the Celestiq designers need to keep in mind is the luxury on offer. Technology is now seen as the primary indicator of luxury, so Cadillac is going to need to bring the advanced user interface to this car. The company indicates that the car will feature the next-generation of GM hands-free driving systems called Ultra Cruise, which promises to be a more complete system than Tesla’s (still in beta testing) “Full Self-Driving” assistance tech.

Cadillac is proud of a new 55-inch wide curved display that stretches all the way across the Celestiq’s dashboard. The high-end interior appears to be a gorgeous blend of new and old. Surrounding the massive screens are acres of supple leather, real wood and metal trim, and LED backlighting to create an unusual but inspiring interior. The seats are said to have been inspired by the iconic Eames loungers of the 1950s.

“I feel like it’s more like a piece of art, something you will want to collect,” Laetitia Lopez, lead color and trim designer for Celestiq, told Car and Driver. “So it’s not something you would use everyday.”

Cadillac’s current lineup tops out at $151,490 with the new Escalade V as the most expensive model on the brand’s dealer lot (it’s still powered by an internal combustion engine). It will likely take traditional Cadillac customers by surprise to see a vehicle that is potentially twice that price sharing the floor with more traditional and attainable Cadillac fare, but if the company wants to reinvent itself as the so-called standard of the world, it is going to take building vehicles like the Celestiq to create that kind of reputation once more.