A new touchscreen on the 2015 Volvo XC90 that operates like an iPad has the potential to deliver what Audi,... 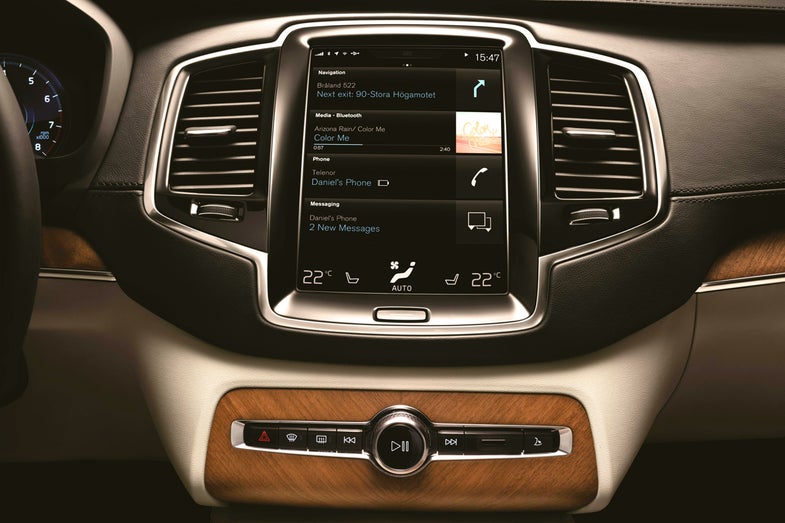 A new touchscreen on the 2015 Volvo XC90 that operates like an iPad has the potential to deliver what Audi, Cadillac, Mercedes-Benz and other automakers have not been able to: a less cluttered interior with fewer driver distractions. But, like all systems that trade individual buttons for a large screen with menus, Volvo’s new setup has some drawbacks. Still, it looks to be the best system of its kind so far, thanks to some ingenious software.

The idea of an Apple iPad in the dashboard is not new — Tesla introduced a huge tablet-like touchscreen on its Model S. But after testing Volvo’s Sensus system at the international press launch of the 2015 XC90 in Stockholm, it’s clear the Swedish automaker has refined the concept. The all-new XC90, a midsize crossover that goes on sale in the spring, will be the first model to get Sensus.

The layout and menus of the Sensus system are simple and intuitive, thanks to Volvo’s emphasis on the human part of the so-called human-machine interface, or HMI. A team of engineers travels the world to observe drivers in every culture and ensure that they are building technology from the driver’s perspective, rather than from the engineer’s perspective.

“We always immerse ourselves at least half a day in each respondent’s life by visiting them in their own home and by driving with them in their car on a typical daily journey,” said Helle Petersen, manager of Volvo’s User Experience Competence Center in Copenhagen, during a demonstration of the Sensus system in Stockholm. “And also, we always bring 10 HMI engineers on our field trips to ensure that they get a chance to meet and be exposed to the end users.”

This emphasis on the human quotient is evident in how Sensus works. The home screen has four large tiles stacked horizontally. The top one is for the navigation system, the second one for the stereo, and the third operates phone functions. A fourth tile at the bottom can be customized with different apps, such as Apple’s CarPlay and Android Auto, which mirror smartphone functions on the touchscreen in the dashboard.

The temperature controls are located in a slim, static bar along the very bottom of the screen, which is angled so that this lower portion is closest to the driver.

Touch one of the four tiles and it expands to fill the screen while the others compress. Because the tiles are larger than typical touchscreen icons and remain in view even when collapsed, they’re more intuitive to use than most other touchscreen systems.

The layout and menus of the Sensus system are simple and intuitive, thanks to Volvo’s emphasis on the human part of the so-called human-machine interface

Perhaps more impressive than the layout is how responsive Sensus is — much more so than Cadillac’s CUE system, for example, which was touted as having the fastest processors available when it launched in 2012. Despite having a speedy chip, the CUE system in the Cadillac ATS, CTS and Escalade we recently tested often lags by several seconds when trying to access some critical functions like navigation or temperature control.

The pre-production version of Volvo’s Sensus system, on the other hand, responded to swipes and other gestures as quickly as an iPad does. In fact, it has the processing power equivalent to that of an iPad 2, said Mikael Gordh, Volvo design manager, interaction. But the key to its speed is not just in the hardware.

“There are a lot of products with extremely high spec’d hardware, but still the performance is not that great because they don’t know how to do software — and that is the key to success,” Gordh said in a one-on-one interview following the unveiling of the XC90 in Stockholm.

He points to Apple versus Android as an example: Though many Android smart phones have higher-spec hardware than the Apple iPhone, they aren’t necessarily faster in operation. Because Apple develops its own hardware and software exclusively, it can get the most performance out of both, Gordh said.

The same is true with Volvo Sensus. Not only did the automaker work closely with suppliers to create a proprietary screen with high anti-glare properties and the capability to function with gloves, they also guided software developers to ensure the system would feel snappy and responsive.

“If we have eight different apps running at the same time, we should always prioritize updating of the navigation app so that it flows smoothly, and also if there is an interaction with swiping or pinching,” Gordh said. “Those kinds of things have to always be prioritized on how we use the graphical processor.”

Engineers also prioritized where information gets displayed such that the most critical info related to driving and safety is shown in the head-up display and instrument cluster behind the steering wheel. Information about entertainment, climate-control and other less critical functions are displayed only on the center console.

Though Sensus cuts clutter by reducing the dozens of buttons and knobs typically found on luxury cars to fewer than 10, there are obvious compromises that even the best software and processors cannot overcome. For example, during one of Volvo’s many field tests with end users, engineers discovered that drivers had a hard time making fine adjustments to set the temperature on the climate control.

“We embraced that lesson by changing our user interaction design,” Petersen said. “So now it is a two-step procedure to change the temperature with a pop-up bar: First you set the overall general temperature range with the first press and then you fine-tune it with the second and following presses.”

As Petersen demonstrated the procedure to a group of journalists, several questioned whether it was better than using the kinds of knobs or dials most cars used to have for temperature and fan speed settings. “I drive a lot of these different kinds of cars all the time,” said Todd Lassa, executive editor of Automobile Magazine, “and for me, I can keep my eyes on the road and change the temperature or change the radio station if I have an old-fashioned dial.” The two-step procedure on Volvo’s touchscreen, however, will require the driver to take eyes off the road.

Volvo had its reasons for going this route. “Design is always about tradeoffs,” Petersen said. “In our case, we are removing the physical buttons as a reaction to customers thinking that it is too cluttered, and we have done a lot to kind of minimize the distraction in our touchscreen.”

The true test will be how well Volvo’s new Sensus system, which will be added to every new model from here on out, performs while driving, versus in a static, controlled environment. Regardless, the overwhelming initial impression is that Sensus is more intuitive to use than the systems in most other modern luxury cars that rely on a large screen with menus to control various functions. 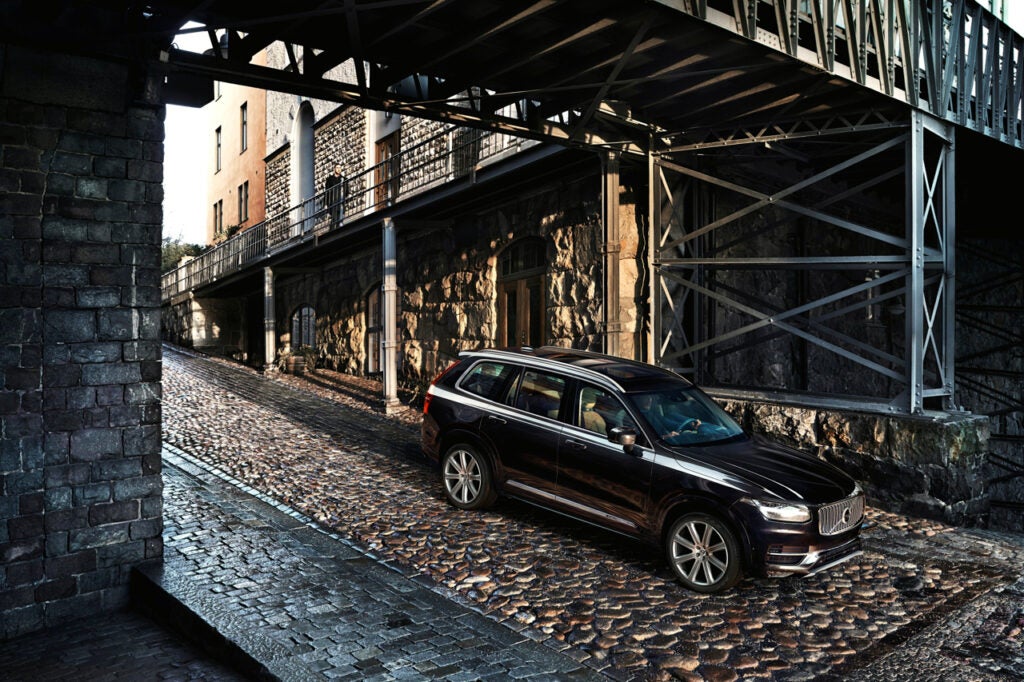