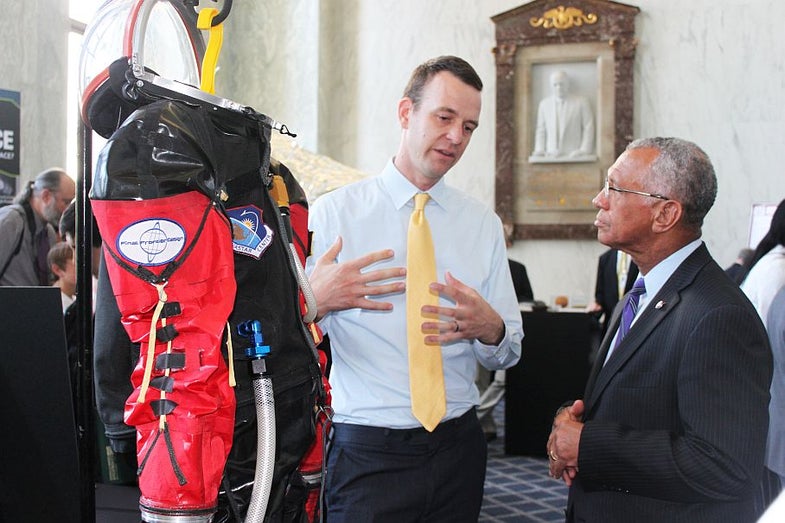 The space suit is safe for both suborbital and orbital commercial space travel. But Final Frontier’s intentions reach beyond mere safety: the suit is also “comfortable, lightweight, and inexpensive” compared with other spacesuits, according to a press release.

The 3G Space Suit In Full

Here are the cool features: A single-layer pressure garment system (two fused pieces of durable, airtight urethane-coated nylon) makes the suit comfortable and flexible, once inflated. It also has 13 adjustment points for sizing and a carbon-fiber waist ring to make it lighter. Finally, it has cooling loops for your head, chest, hands, and feet (so you don’t overheat in there).

The company premiered the suit as part of NASA’s “Tech Day on the Hill.” Along with over 500 staff and guests, NASA Administrator Charles Bolden (pictured above) and 16 members of Congress were in attendance.

Space suits have sure come a long way over the years…