Counterpoint: The U.S. Could Totally Kill Edward Snowden With A Drone Strike 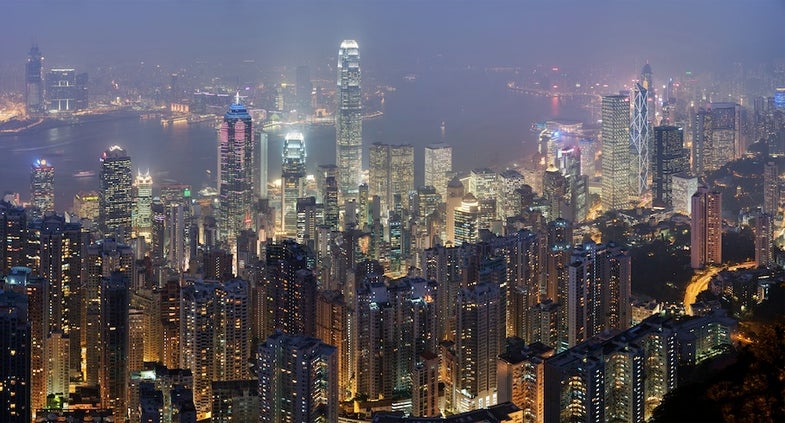 In a recent PopularScience.com post, contributing writer Kelsey Atherton suggests that Edward Snowden is at no risk from a U.S. drone strike in Hong Kong because of Chinese air defenses and the risk of collateral damage in the densely populated city.

It’s true that a strike by a Predator or Reaper drone, which can’t penetrate air defenses and cause significant collateral damage with standard weapons, could be ruled out—but the military and the CIA have plenty of other drones up their sleeve.

A morbid thought experiment: Hong Kong is an island; it’s a port city surrounded by deep water. In 2008 the Navy demonstrated something called Submarine Over-The-Horizon Organic Capability—launching and controlling a lethal Switchblade drone from a submerged sub.

The Switchblade is a one-use drone, powered by a quiet electric motor, that weighs about six pounds and flies up to 50 mph for 15 minutes. Switchblade carries a high-explosive warhead that can blow up everything within a 1-, 5-, or 7-meter range around the drone; it can take out an individual, or a truck. A high-resolution video camera in the nose allows a human operator to verify the target before detonating the drone. This is a far less destructive than the 20-pound warhead on the Hellfire missiles fired by Reaper drones, which can cause considerable collateral damage.

Although they won’t give operational details, the Switchblade has received good reviews from users in Afghanistan, where the drone has been deployed since late 2012.

If Snowden could be accurately located in Hong Kong, then a midnight Switchblade strike would be an option. Submarine launch means that the strike would be covert, and even if investigators piece together the exploded drone, it would be difficult to pinpoint where it came from (though most of us could probably guess). GPS guidance could take the Switchblade within visual range of a target, and then the human operator could steer it into, say, the window of Snowden’s hotel room.

The small size of the warhead means that collateral damage would be limited to anyone else in the room with Snowden. Switchblade can fly at a height of a few hundred feet, so it is unlikely anyone would notice or recognize a small, silent drone flying in the dark—especially in a busy place like Hong Kong.

Of course, Switchblade is comparatively well-known. Many of the details are classified, but it is an acknowledged project. The U.S. military and intelligence community also operate a number of other drones which have not yet been acknowledged, including some camouflaged as large birds and designed to operate covertly. These may even have far more impressive capabilities than the Switchblade.

Political considerations make a drone strike against Edward Snowden in Hong Kong highly unlikely. However, we should not underestimate the technical capabilities that already exist for carrying out such a strike.

(So why wouldn’t the U.S. government just send a guy with a gun to kill Snowden? First, they don’t necessarily have an agent in place—and people leave a trail that can be traced back. As in Pakistan, drones are a lot more reliable and easier to control than local assassins. And James Bond doesn’t exist….)

David Hambling is a London-based technology journalist and author.