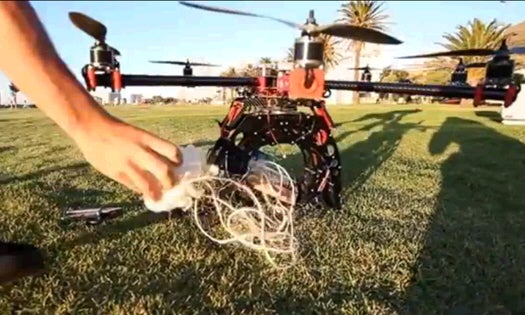 This August, drones will drop payloads all over South Africa’s OppiKoppi music festival, and there’s a good chance no one will mind. Probably because the payload is beer.

Customers thirsty for beer will order beer with their phones, then someone will attach a parachute to a beer, load that beer into an octorotor, and the octorotor will fly overhead, release the beer, and the beer parachutes to the person who ordered it (hopefully).

For test flights, the drone is remotely piloted, but the goal is to make the process far more autonomous, with drones flying themselves to coordinates on a GPS delivery grid.

This isn’t the first attempt at delivering concessions via robot: the sadly-a-hoax Taco Copter first captured the stomachs of a hungry and tech-savvy public, before the Burrito Bomber offered a hopefully more real future of stuffed tortilla delivery. There’s still a chance for the OppiKoppi beer drone to win hearts and minds (and the ire of livers) by actually delivering on its promises.

In doing so, it offers a good idea of what commercial drones will look like in action. Come the FAA’s new rules for unmanned aircraft in 2015, we might even see beer drones stateside.

Watch of video of the glorious beer-robot future below: