3 Robots That Want To Save Your Life

Meet the machines that might rescue you after a future disaster. 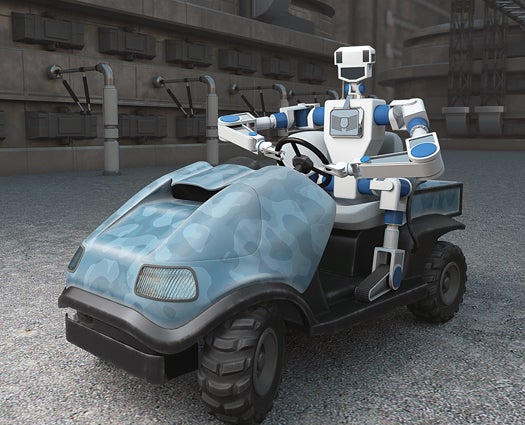 Before robots can respond to the simulated disaster, they'll have to reach it. If Carnegie Mellon can apply the aggressive driving algorithms that helped it win DARPA's robotic car race in 2007, its CHIMP robot could dominate this task. The bot's primate-inspired mobility—it alternates between two- and four-limbed movement—could mean the difference between exiting the vehicle and tumbling out of it. Graham Murdoch
SHARE

Thanks to their mechanical strength and ability to operate in conditions too dangerous for humans, robots are poised to become the rescuers of the future. Here are three promising designs that could soon work alongside first responders to save lives after a disaster.

1. CHIMP: Carnegie Mellon scientists are designing a robot monkey tank, above, to climb ladders, roll over rubble, and most importantly, open doors. Designed to work in human-sized spaces, CHIMP will be partially autonomous, which means it should be able to navigate through a disaster area with little human input. CHIMP is just one of several designs competing in a DARPA challenge to build robotic first responders.

2. The Robotic Safety Crawler: From Japan, this robot is basically a remote-controlled, super-strong stretcher. The crawler, which can transport a person of up to 250 pounds, was created for the police department of Yokohama, Japan, to help carry victims to safety after an earthquake. It features an infrared camera (so the driver can navigate from afar) and interior sensors that can monitor a patient’s blood flow and other vital signs. 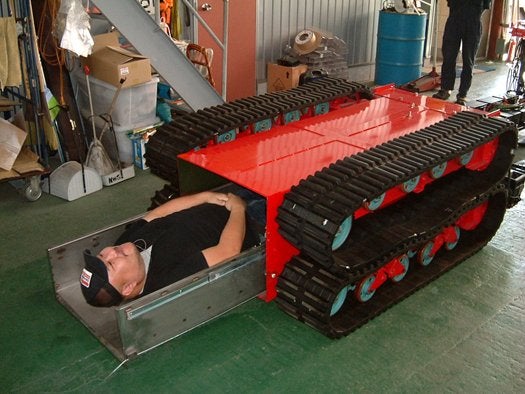 3. Snake Robot: This slighty scary ‘bot is designed to slither through narrow gaps and under debris, making it ideal for navigating collapsed buildings. With a camera, lights, and audio sensors, the snake robot could find trapped people even before emergency workers begin to clear rubble. They can even be paired with rescue dogs, which should make them a bit less terrifying. 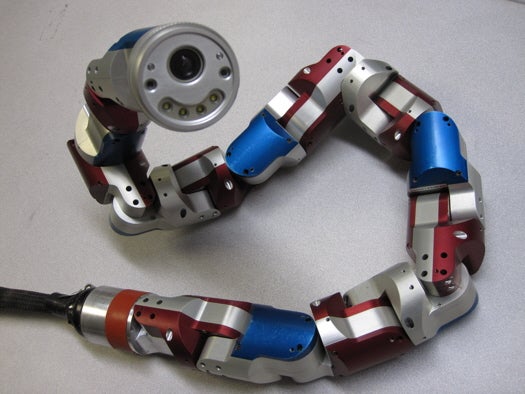